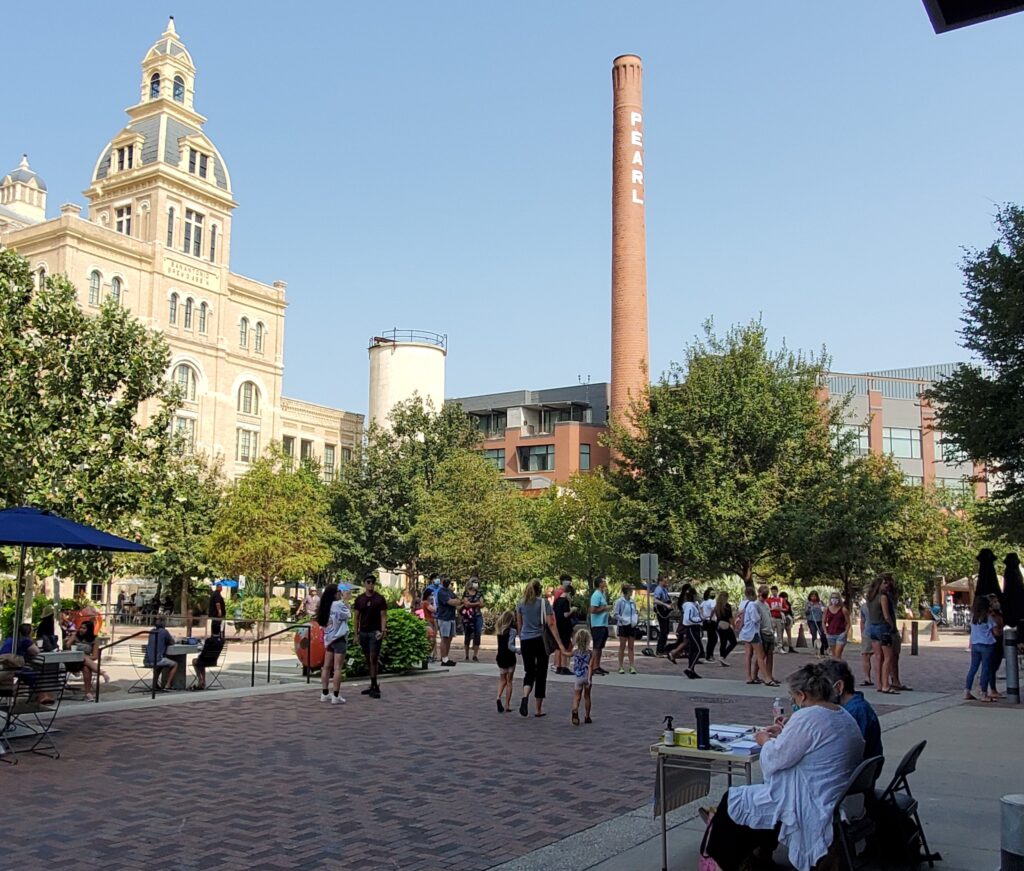 (SAN ANTONIO, Texas) —The historic Pearl District is a favorite San Antonio hangout. It’s an area well known for its dense restaurants, the Culinary Institute of America student-run restaurant, and the former brewing plant, which gave the area its name. There are also locally owned shops, the Hotel Emma, a bakery, and trendy urban apartments that overlook both the neighborhood and the river walk.

“The Pearl” gets its name from the brewing plant, J.B. Behloradsky Brewery which opened in 1881 and its German brewmaster Kaiser-Beck’s who thought the foamy bubbles in a glass resembled sparkling pearls. It later became the San Antonio Brewing Company, and in 1952, owner Otto A. Koehler renamed it to its famous label. Eventually, the brewery was renovated to become the Hotel Emma.

Entering the area feels like walking into a little community with French, Japanese restaurants, southern Texas food joints, vegetarian outposts, and plenty of places to stop in for a drink. There are tables to sit and eat, and two grass fields to lay back and enjoy the sun. The smell of fresh coffee and breakfast from Bakery Lorriane wafted in with the slight breeze. A server walked over with a plate of French toast and potatoes. “Enjoy your food,” she said.

Before COVID-19, vendors lined The Pearl on weekends offering homemade and home-grown products for the health-conscious customer. Saturdays were focused on produce and foods that even included a chicken and waffle stand. Sundays featured artisanal products like soaps, wine, and succulents. Due to the pandemic, the vendors are no longer there on Sundays.

Despite the missing vendors, there was still heavy human traffic. To enforce social distancing in the area, there were white circles drawn on the grass to separate visitors. People wore masks but failed to practice social distancing. Many families came, bringing along small children and dogs.

As people walked through the district, snippets of conversation could be heard:

“I cringe when people talk about pregnancy.”

“I don’t normally carry a Frozen purse around.”

By themselves they hardly made sense, and the sounds of dogs, kids, and music muted the rest of the conversation. There was even a lady carrying her Pomeranian in a cross-body shawl. It seemed not even the family dog wanted to be left behind on such a beautiful day.