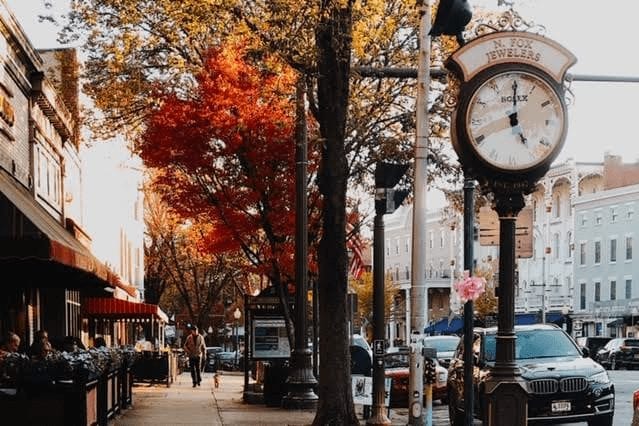 Saratoga (Without the) Race Track

SARATOGA SPRINGS, NY – Saratoga Springs comes alive in the summer. Women wearing large, elaborate hats and men in sport coats, regardless of the heat. They drink in excess and spend frivolously. They flood Broadway on Tuesdays.

What brings them here? Horse racing. They’re tourists, and they’ve traveled from all over the country for the Saratoga Race Track, as they’ve done for the last 150 years.

While the town of Saratoga Springs was established in 1819, and was incorporated as a village in 1826, the race track arrived almost 40 years later, in 1863. Saratogians would argue that this is really when Saratoga was founded.

Saratoga and the race course are inextricably linked and have established the identity of the city. They’re entrenched in Amerian history, highlife, and old money. Track season, which begins in July and ends in August, is a way of life. It attracts more than a million visitors annually, and is enough to sustain excitement and the local economy year-round. It doesn’t seem feasible that one could survive without the other.

Yet, a relatively new addition to the scene is the group of 50-100 protestors collected on Union Avenue, just a short distance from the entrance of the race course. Their signs read, “HORSE RACING KILLS HORSES” and “HORSES SHOULDN’T BE DYING FOR $2 BETS.” They’re part of a non-profit called Horseracing Wrongs, which aims to put an end to horse racing.

These two groups of diametrically opposed people overlap within blocks of each other every race day of the summer and maintain polarizing viewpoints. It begs the question: In a time of increased call to activism and a strong political pull, is there a shelf life for horse racing? 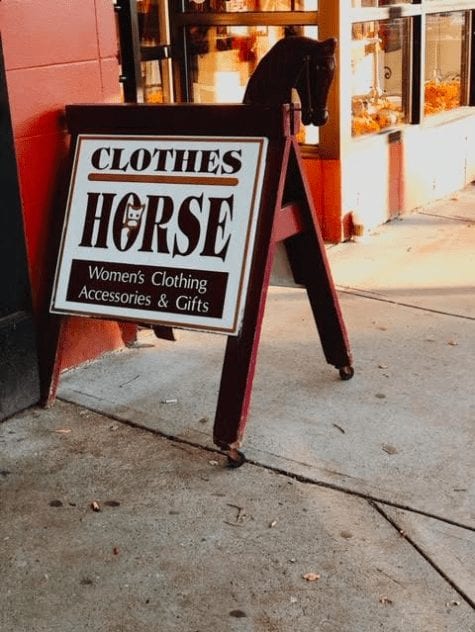 Sixteen horses suffered fatal injuries at the Saratoga race track in 2016. The following year, 17 horses died before the season had even ended, which equates to about two horse fatalities a week. And surely all 46,000 attendees of the 2014 Travers, the biggest race day of the year, remember when a 2-year-old colt named Ludicrous broke down on the track, causing a quiet gasp followed by deafening silence. These are just the fatalities reported during the season, and locals are starting to take note.

Anne O’Connell is a Saratoga native who spent much of her childhood at the race track. At 30, however, O’Connell’s perception of the track, and subsequently, her hometown has shifted. She now has difficulty seeing past, what she considers, the abuse of horses for sport.

“I feel like we were just so unaware. It was totally ‘normal’ to have the track right down the road and kids – especially back then – have a tendency to take things at face value. With the rise of social media and documentaries, we’re becoming more aware of a lot of topics we previously, mindlessly, accepted. Including animal rights,” she says. “Now, I personally try to avoid it. I don’t feel like it’s ethical to have any animal perform for humans.”

O’Connell knows that this mentality is one that could potentially transform the city she’s known her entire life. 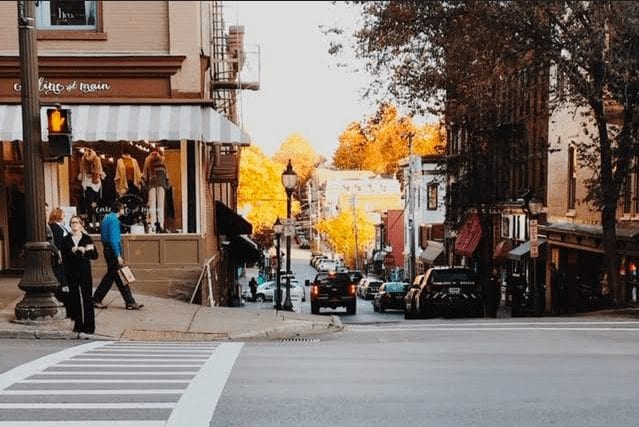 Local businesses sit on every corner/Image by Lindsay Rogers

“That’s the tricky part of this. I think Saratoga would suffer,” she says. “The track brings a lot of money to local businesses and those businesses are able to employ people in the area because of this business. I’m not sure that there would be anything else that could replace the business the track brings.”

Saratoga has long been described as a small, bustling, picturesque, quaint, and quintessential, all-American city with a nod to its prominent Victorian influences, where even the police ride horses. In many ways, it is still all of those things.

On Broadway, in the historic downtown area, you’ll find hotels with expansive white wraparound porches from the 1800’s and classic toy stores known for their year-round window displays that rival those of Macy’s in New York City at Christmas time. There are dozens of locally owned businesses, including more than a handful of coffee shops, and upwards of 30 life-sized, fiberglass horse statues that were commissioned by local artisans in 2007, that line the entire street.

Among those businesses is Druthers – a family owned brewing company – where Spencer Neal, 30, has worked as a bartender since 2012. He credits track season for approximately 30% of his salary.

“You clearly have people visiting from all over, excited to be here, so that makes things fun. It starts off, the first few weeks, a little slower and I would say as soon as August hits, and the bigger races are in town, it gets crazy. People flood the restaurants from all angles and its nonstop until Labor Day,” Neal says. “Luckily, working at a brewery has its own draw these days so we get people year round, but I do believe a lot of restaurants are dependent on it.”

Similarly to O’Connell, Neal struggles with the morality of the horse racing but has difficulty overlooking what track season means for local businesses. 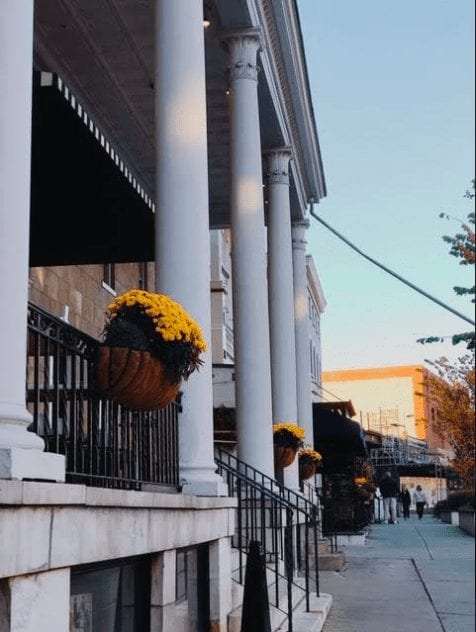 Historic buildings, dating back to the 1800’s, line the entire street/Image by Lindsay Rogers

But Patrick Battuello, 54, the founder of Horseracing Wrongs, also grew up just a few towns over from the race track.

“A question that we get up in Saratoga is, ‘What about the argument that the local economy is so dependent on the track?’ And I’ll say, ‘Look, first off – this is a moral issue.’ You have to answer for yourself. Is this right? Or is it wrong to treat animals this way, for gambling or for entertainment? And if you come down on the side of ‘it is wrong’ then we shouldn’t have any discussion about money. Or jobs. Throw that right out,” Battuello says.

He gets it though, he says. Like so many others, Battuello considered a horse racing a sport, and horses athletes for most of his life.

“I was a big sports fan growing up in this area in the ‘70s and ‘80s, and of course during the summer it was all about Saratoga. It dominated the local sportscasts,” Battuello says. “I even remember the catch phrases. ‘The August Place to be,’ ‘Back on the Track,’ you know, things like that. It was stuck in my head.”

Not until years later, after connecting with members of Grey2k — a non-profit geared towards putting an end to dog racing — did he begin to look deeper into horse racing. He started by submitting FOIA requests in 2013 and, blown away by his findings, compiling data in a way that hadn’t been made available to the public before.

Six years later, Battuello has been featured on HBO’s Real Sports, ESPN’s “Outside the Lines”, and in several other well-known publications. He has testified in front of the NYS Senate and leads regular protests outside of race tracks all over the country.

“Horse racing, stripped to its core, is exploitation, cruelty, and killing,” Battuello says. “What gives me hope is that the younger generations get it. Not absolutely, because certainly if you go to Saratoga on a Saturday, we’re out there protesting, and there are a whole lot of young couples that are there to party. But of course, I always caution people that Saratoga is an anomaly. Saratoga is maybe one of five or six tracks in the entire country, out of over 100 that are like that, where you have this social scene. So its more than just a gambling business. It’s a social gathering. Its entertainment.”

Even still, almost 40 tracks across the country have closed since 2000. According to Battuello, the change is happening and while it might not be immediate, it is coming to Saratoga.

“I recognize that it’s not going to go anywhere anytime soon, but we are going to be up there every summer until it does eventually close. And it will eventually close, I have no doubt,” he says.

Until then, tourists will continue to visit Saratoga every August for track season: Women in their fancy hats, men in their sport coats, and protestors attempting to bring the whole show down.