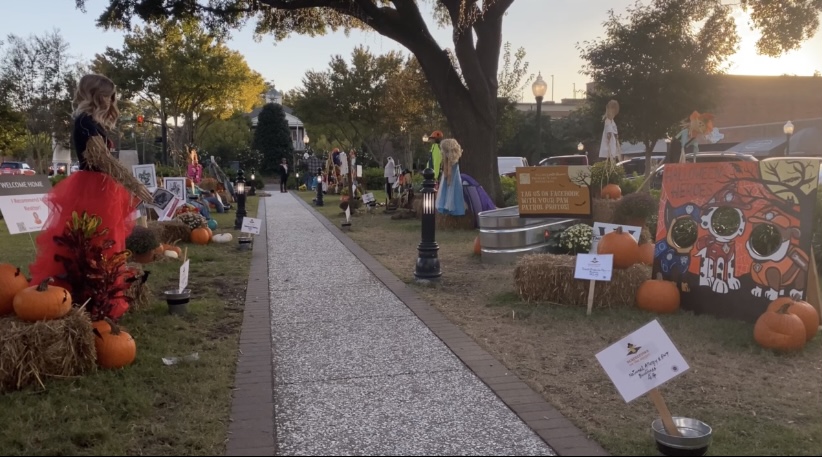 ‘Scarecrows on the Square’ is on display in Hutchinson Square.

‘Scarecrows on the Square’ is Back for Festive, Fall Fun

‘Scarecrows on the Square’ is back this fall in Summerville, South Carolina.

The event is hosted by the Junior Service League of Summerville in an effort to raise money for Dorchester School District Two and Four’s school supply fund.

Scarecrows are created by local businesses, schools, civic groups, and anyone else who wants to participate.

One mom who has been coming to see the scarecrows with her daughter over the years says she looks forward to seeing  what businesses create.

“All the businesses around town put on awesome exhibits.”

Throughout the month of October, community members were able to vote on their favorite scarecrow for only 25 cents in the surrounding businesses.

Businesses were also encouraged to display their best, spooky decorations in their store fronts.

“Having this in the square has brought some business up forsure,” Ward said. “It’s this time of year when the weather gets cooler and people will sit outside and enjoy wine and charcuterie boards.”

The scarecrows were on display for 15 days ending October 30.