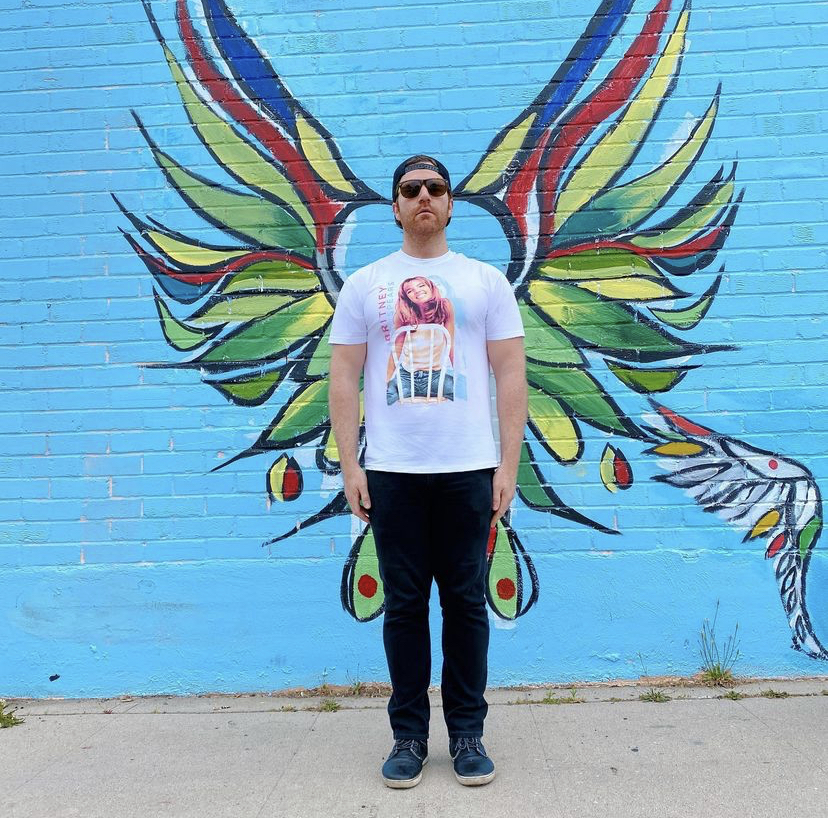 (LOS ANGELES)—It takes extraordinary skill and talent to earn that iconic blue checkmark next to any of your social media handles.  L.A.-based comedian and actor Shane Hartline has three of them.

From an independent wrestler named Rip Malibu to a recurring role on ABC’s Station 19 and 725,000 followers on TikTok, the comedian and actor has quite the story. The Click sits down with the entertainer to talk about his life, career, and how he has used social media platforms to his advantage.

The Click: Let’s start from the beginning. Where did you grow up?

Shane Hartline: I grew up in a small town in Florida, 45 minutes south of Disney. It was a traditional southern town. I quickly realized I wanted to do something a bit different.

The Click: As a teenager, you joined the area’s independent wrestling circuit?

Hartline: I started training for independent wrestling when I was 15. By 17, I was wrestling independently full time. I spent a couple of years there. Wrestling was always something for me that was like, “I’m going to wrestle to become an actor. I’m going to wrestle to get some exposure to get on Saturday Night Live,” which is so ass backwards. I found out quickly that my heart was way more into the performance side and that I got more excited about the characters.

The Click: You shifted your career to acting. That’s a big dream for a lot of different people and it’s notoriously very hard. The transition came easy for you, you landed some major roles right away.

Hartline: Fairly early, which was a double-edged sword. My first big thing was the Rock of Ages feature film. Suddenly, I had all this money, and it was hard for my head not to spin in a crazy direction. I moved to Los Angeles thinking this is my career now. It’s onto television and movies. A couple months later, I was doing background acting. There’s no shame in that. That’s the industry. It was such a learning lesson. You realize that there are going to be highs and there are going to be lows.

The Click: Social media platforms are gaining speed the same time you are. How did these platforms help you in your own journey?

Hartline: I’ve always tried to look at any platform that pops up as my own little TV channel. There are so many people that, you know, want to be a serious actor. I don’t want to be an influencer. I don’t want to be a content creator. I’m like, I’ve never tried to judge platforms. I tried to put my content out and see what clicks. I’m just trying to keep up that momentum. I know the truth now in this industry, those numbers can really help set up meetings. They can just help.

Hartline: It’s interesting. I was at a wedding a couple months ago, and I saw this guy. Everybody in the wedding is dressed up. But there’s this one guy who just was in jeans and a button up fishermen shirt. I’m like, I know that guy. I’ve grown up around that guy. That’s the southern man who just hates getting dressed up. It’s like it’s torture to them. My dad is that guy. It can happen like that, where I see something that reminds me of family or something. But then it’s also the flip side, I can also spend a lot of time really trying to develop something like my SNL audition tapes or whatever, those might get a bit more attention.

The Click: What kind of comedy works for social media that doesn’t work elsewhere?

Hartline: Every platform is different. Certain videos connect on TikTok that never connect on Instagram. It’s easy to get in your head sometimes with that kind of “stuff,” but I try not to. I just put it out and let it be.