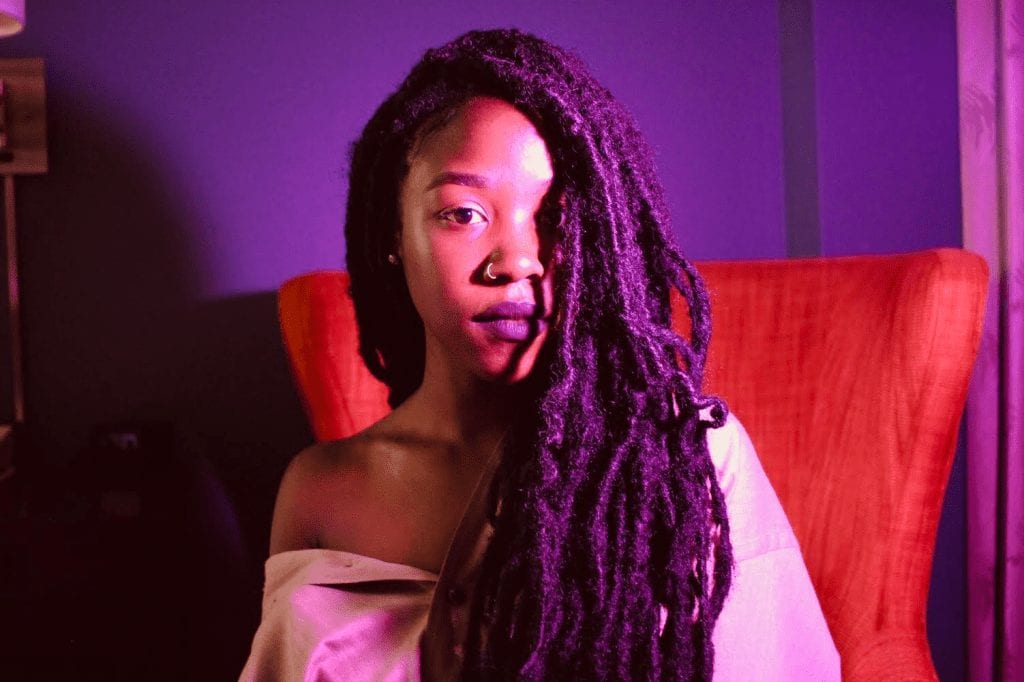 Singer Kyanté Works the Stage Once Her Work Day Ends

With locks that fall down to her back, Kyanté Brumfield is a force to be reckoned with. One should not be fooled by her petite stature and gentle eyes, as she carries herself with confidence, and professionalism, through her quick pace in the workplace.

Brumfield, 25 years old, is a behavioral therapist at a clinic that provides Applied Behavior Analysis (ABA) therapy in Louisiana. She attends to two clients daily, guiding them through developing various living, social, and communication skills. She does this over the course of ten hours. To top everything off, her commute each way is about an hour from her home in Southeast Louisiana.

It sounds draining to many, but this is right up her alley. “Children, and helping others in need, have always been passions mine,” she explained, “I am pursuing a masters in psychology with a concentration in ABA therapy.” This is exactly the kind of person you want in your corner; an expert fully dedicated to her clients.

To Samantha Alcorn, Brumfield’s coworker and a Board Certified Behavior Analyst (BCBA) candidate, that is why she is such an asset to the clinic. “She has a passion and love for the children that is evident by observing her in session,” she said. Alcorn also finds that these attributes are why Brumfield was promoted to a trainer for incoming employees.

However, one’s academic pursuit may not always be a holistic reflection of the individual, and this is certainly the case for Kyanté, as she is simply known when she hits the stage of the Jazz Market in New Orleans after work at night. Long before her discovery of ABA, music was running through her veins. “My whole family is musically inclined,” she said. “If they aren’t playing an instrument, they’re singing.”

Being on a stage with a microphone in her hand is nothing new to Kyanté. Since she was six years old, she has been singing in front of crowds. Performances started at her local church, where her grandmother was the choir director and the one who pushed her to sing from a young age. As Kyanté said, “[She] always had me on the mic.”

So does Kyanté live a double life, a therapist by day and a soul singer when the sun sets?

Sometimes it feels this way to Kyanté. “People are so shocked when they discover that I’m an artist,” she explained.

Alcorn was certainly surprised, but as time went on, it made more sense to her. “Just as her music is comforting, at work, she remains calm and positive in the challenging situations that often arise,” she stated.

Kyanté finds ways to blend her talents as when she sings during circle time or story-telling as a therapist. “[Kyanté] is naturally an artist by the creativity that she adds to problem solving, social activities, contests, and art projects,” Alcorn added to this sentiment.  But once the lights dim on her stage, she strips herself of the niceties and bares her soul through her song.

Kyanté’s latest single, “Oowee,” which was released on all major streaming platforms in May of this year, will show you who she really is at night. The track includes suggestive lyrics such as, “Lookin’ at me you like what you see. Baby face, brown skin, five foot, oowee.” But it’s more the mood and tone of the record, exuded through Kyanté’s vocals and instrumentation, that are bound to make anyone blush.

The heavy bass riffs matched with the plucky, distorted keys will give you goosebumps, as you sink deeper into the music with every, “Oowee” that Kyanté roughly belts, yet brilliantly through a somehow gentle timbre, keeping just enough to herself to leave you wanting more. Her voice fluctuates between the high pitched, fierceness that harkens back to neo-soul of the 90s as well as a deep, sultry vibrato that springs the listener back to the present. It’s the kind of song that will make you think to yourself, “I need to play that again.”

Alcorn even says that it’s her favorite song of Kyanté’s. She elaborated, “It gives me the soulful, comforting vibes that Lauryn Hill and Jhene Aiko’s music provides.”

Kyanté has a lot of music in the works, and those looking forward to hearing more from Kyanté can expect new music to be released at the end of the year.