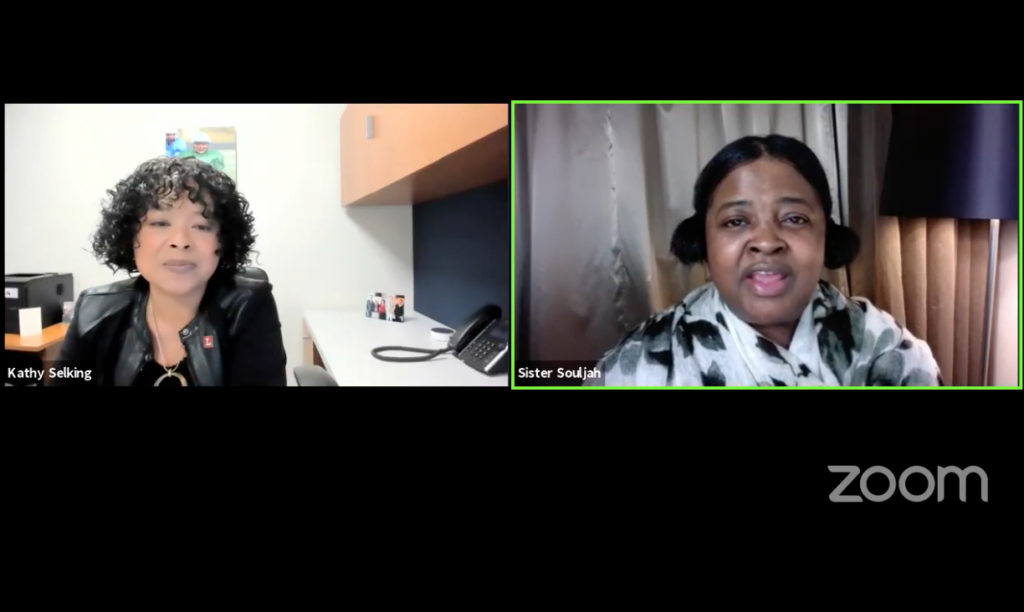 Sister Souljah on Her New Novel and Writing From the Soul

Author, rapper and political activist Sister Souljah promised: “adventure, passion and every single word exploding in your soul or mind” with her latest novel “Life After Death,” during a March 31 virtual book event with the Toledo Lucas County Public Library marking the end of  Women’s History Month.

For more than 20 years, readers have been able to relate to protagonist Winter Santiaga, who was first introduced in Souljah’s debut novel “The Coldest Winter Ever.”

“Life After Death” follows Winter as she works to rebuild her family’s empire and confront her enemies after serving 15 years in prison.  It is Souljah’s sixth book featuring a character from Souljah’s first novel. She also published a memoir, “No Disrespect,” in 1994.

Souljah, 57, isn’t too worried about fans’ reaction to the long-awaited sequel even with the strong connections to the first story since she sold more than one million copies of her debut novel published in 1999.

Most of her novel’s characters are strictly from her imagination, she explained, despite speculation that some were based on certain people or real-life experiences. The author explained that she is influenced by life experiences. Both her debut and sequel novel deal with the drug epidemic and the impact it had on the Black community.

“It is impossible not to be impacted by current events if you’re conscious. I wrote the bulk of this [sequel] story in 2020.” said the author, “2020 was a very tumultuous year. Almost like a hurricane of evil and great political arrogance.”

Souljah said that “Life After Death” had to be a deeper story and a “fight for the soul” for every reader, for America and the globe.

Later during the event, Souljah talked about the development of her characters in her sequel novel, and that every character she writes has a piece of her in them. Yet the main character Winter Santiaga, a character that so many fans relate to, is the one that she has the least similarities with. Winter’s determination and strength is what she believes may be the biggest similarity between the two of them.

Souljah said she always planned to write a sequel to her debut novel but wanted to be true to Winter’s story. She wanted readers to feel Winter’s absence and the consequences her character faced due to the “drug death-style” life she lived. Being incarcerated or in a “drug lifestyle” is far from a game, she said

When asked how she reacts to her books being banned or labeled as “street-lit,” Souljah said that the community knows when to embrace art that speaks to the soul.

“When people were saying hip-hop was negative, we found a way to hip-hop and embraced it,” she said. “When we embrace our art, the whole world embraces our art.”

The hour event wrapped up with a question-and-answer session from viewers. Several online viewers asked if fans would ever see a movie adaptation of any of the author’s stories. Souljah simply said, “God willing.”

“Life After Death” was published in early March 2021 and is now available in most bookstores and online.

Readers can watch a recording of the book event on the Toledo Lucas County Public Library Facebook page.