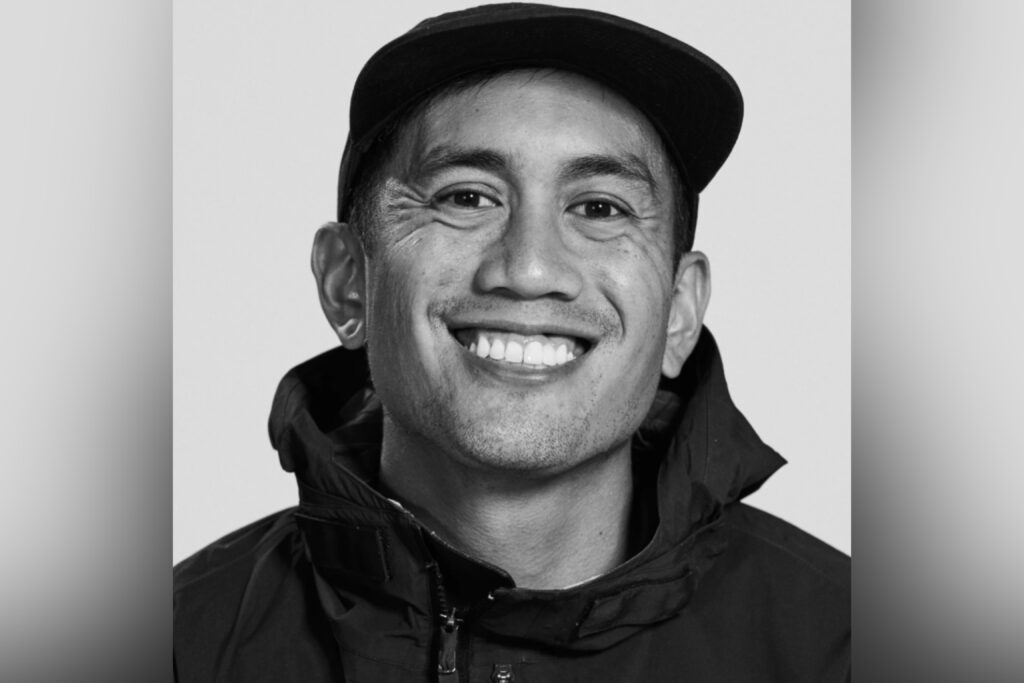 Sitting At The Cool Table With GQ’s Chris Gayomali

(NEW YORK, N.Y.) — If you were to ask Chris Gayomali in his freshman years where he saw himself five years into the future, he’d probably say he would be a “crunchy” or “crusty” kid still cruising through life on his skateboard, parading a standard beanie hat and rainbow flip-flops. Fast forward to a “poorly” written blog, a masters degree from New York University, and an Esquire internship later, Gayomali is now the Articles Editor at the coveted GQ men’s magazine. Here’s how one of the “coolest” people in New York got his start in journalism.

The Click: First off, I want to know how you got dubbed a “cool person” by New York Magazine. What do you think makes you cool?

CG: [Laughs] It’s a little funny. I think it’s for the strategists [at New York Magazine]. They have a column called “Ask A Cool Person,” and I think I get roped into those just because I knew some of those people from way back then. They asked me if I can recommend some bucket hats. And I was like, “Yeah, I’ll look for a bucket hat.” And that’s basically how it happened, and it kind of snowballed from there. So I’ve been called a “cool person” three times now, which feels like three times too many.

The Click: When I saw your Instagram, I thought, “Yeah, he seems pretty chill and laid back,” so I was pretty sure that’s why they labeled you that! So, in a previous interview, you said you moved to New York with no clear plan but ended up as an Editorial Assistant at UNICEF.  What sparked your interest then to even think of pursuing journalism in the first place?

CG: I didn’t have a conception of what a journalist did on a day-to-day basis, but I was fortunate because I had a blog back then that I would write during the day. It was really bad, but I knew I liked writing, I just had no idea how I could turn it into a paid thing. Somehow, a friend who was interning at The Atlantic mentioned me, and then I got my first Atlantic byline through that blog. So I used that Atlantic post to get an internship at Esquire and a couple of other places. So that’s basically how I got into journalism. Even when I was in it for the first couple of years, I didn’t totally understand what the job was or what I was supposed to do, so I had all kinds of anxiety about that the whole time. But the more I did it, the more I ended up loving it, and here I am now.

CG: So there was an old basketball blog called FreeDarko that was very sort of existential and weird. It would be long and essayistic about anything they were curious about, which was mostly basketball. I was kind of doing just a poor imitation of that with stuff I was encountering in my regular life. I just wanted to sound smart somewhere, and then I realized that in retrospect, I sounded really dumb. [Laughs]

The Click: Well, you obviously didn’t sound that dumb if you got the internship and then eventually the job! You have an extensive resume, from TIME Magazine to Fast Company and now to GQ, but I noticed your niche was more in the tech space. What made you want to make the transition from being a tech reporter to covering a wide variety of topics at GQ?

CG: I think I fell into tech at a strange time. It was when the tenor of the conversation was so much more optimistic. This was in the heyday of Gizmodo and all those other old technology blogs that I loved reading and I loved the things they were doing. At Fast Company, it was interesting because I think there, they were very celebratory of the tech industry in a strange way. I would talk to a lot of CEOs and founders and that sort of thing, which was interesting because it was all these rich, white guys. [Laughs] I loved it at the time, but in retrospect, it was just like, I don’t know if I firmly believe that tech is the thing that’s going to save us from everything. So I had always dreamed about broadening my horizons and doing something a bit more varied. And with GQ, the opportunity just came up so I had to leap at it. I think it was the right decision even though I’m still mostly talking to rich people whenever I interview them. But at least it’s people who are a little bit more creative.

CG: Oh, that’s a good question. Steven was obviously very cool, I’ve actually interviewed him twice. He’s just a really cool, thoughtful guy, and I love talking to people who are willing to open up. The other cool interview I did was this designer named Errolson Hugh who owns a brand in Berlin. And that was really cool because I had to fly to Berlin basically randomly in the middle of the weekend. It was cool because we could still travel at that point and I’d never been so that was kind of like a weird adventure in itself. He was so hospitable and cool, and he just let me into his world in a really interesting way. It was cool, it was just easy to talk to [Steven and Errolson]. They were both very open and gave me so much time. Hopefully that came out in the stories.

The Click: What’s the most challenging part of your job as GQ’s Articles Editor and how do you overcome those challenges?

CG: Hmm, that’s a good question. Actually, it’s a very fortunate position. I feel very privileged to be in a space where I can work on stories that are cool, have resources and have cool access to people that I find interesting. I think for me, it’s being in a corporate structure that’s challenging. Obviously, GQ is part of a larger company, Conde Nast, and there’s a lot of interests that get distributed throughout the company. In some ways, it’s trying to make the case that we are worthy of those resources to the corporate overlords can be the challenge at times. So it’s slow, and you kind of just want instant gratification, results, and sometimes that stuff can really try your patience. But I think that’s the biggest challenge of my job at least.

CG: Yeah! And I try to be empathetic to writers like that, and I try to be constructive in a way because I know how fragile that can all feel. Especially when it’s coming from someone who you really admire and you want to impress them. But be able to take harsh criticism and be brutally honest with yourself. I think that’s the only way to really make it in this industry.

The Click: It’s definitely cutthroat, and I feel the same way whenever someone from The Click is editing my work or back when I wrote for my school paper at Pace University. It’s like, “What do you mean you want to take this line out, don’t you see my vision?!”

CG: Yeah! But you know, as a writer as you work with people, you kind of get a sense for how different people work, and if you can find an editor who you really trust and have a good relationship with, and you feel like you’re entrusting them to make your work better, write that as hard as you can. I just think that’s so vital, with the industry constricting and all that stuff, it’s important to always stay sharp.

The Click: Exactly, you are your own biggest critic, so that’s another good point.

The Click: As an NYU alumnus, what advice would you give an aspiring NYU Journalism student looking to get their start in a mainstream magazine such as GQ?

CG: Just write a lot, and understand that a lot of the writing you’re going to do is an incremental process. Like when I first started, I was such a terrible, terrible writer and I just kind of made it a focus to always be learning from the editors around me. And sometimes, you know, that could be intimidating because they’re going to like, destroy your work. They’re very critical, but I was just very receptive to criticism. And I feel that just continuously doing that got me to a level where it’s like now, my work is pretty good. And that was only by way of, you know, sort of being vulnerable.