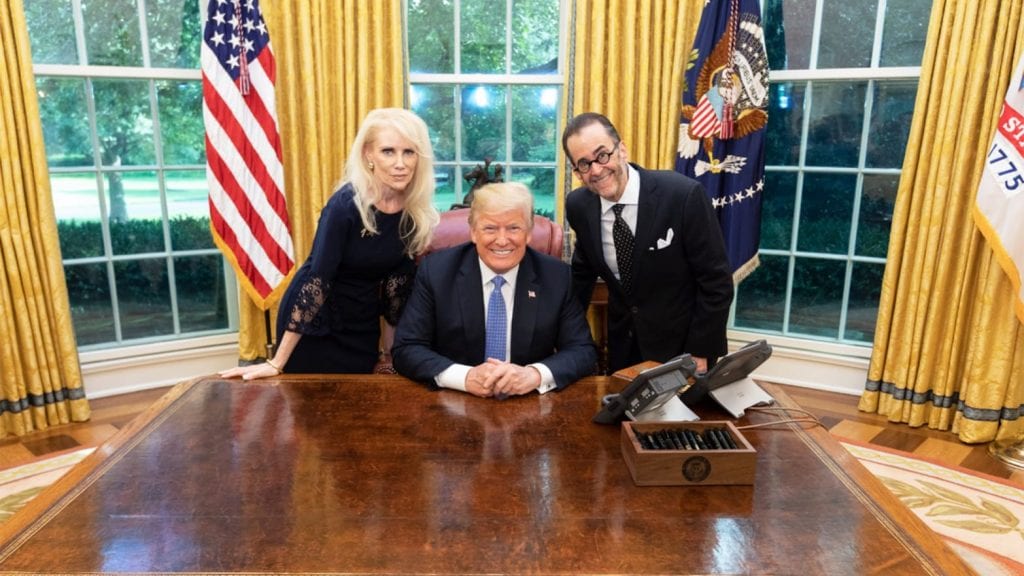 Six conspiracy theorists with connections to the White House

President Donald Trump and his son Donald Trump Jr. share a long track record of amplifying the voices of fringe conservativism. This month, The Click measured the proximity of Trump’s conspiracy theory-laden rhetoric to more outlandish fare. While many conspiracy theories from the deep state to Pizzagate have been referenced in Trump and his son’s public speeches and tweets, the origin of these far-right ideas can be traced to the company they keep. Here are six influential pundits, bloggers, and personalities who have had the ear of President Trump, his family, or his associates at one time or another. 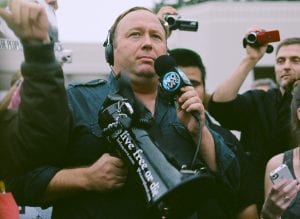 The owner of InfoWars and host of radio program “The Alex Jones Show,” Jones has used his platforms to endorse a broad range of fringe ideas and fake news, most notoriously that the 2012 Sandy Hook massacre was a hoax conducted by the government. That claim led to several defamation suits from families of victims, and a reversal of opinion by Jones. Trump, as a presidential candidate, appeared on “The Alex Jones Show” in 2015, and Jones claims Trump called to thank him after winning the election. In 2018, Jones and his online properties had their profiles and content removed from major social media sites, including YouTube, Facebook, and Twitter. 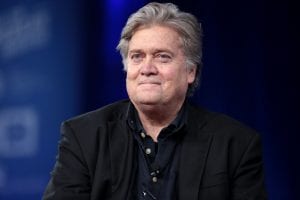 Bannon is the co-founder of Breitbart News, a far-right website known for its misleading headlines and incendiary political opinions. Bannon’s website helped popularize the false “Pizzagate” conspiracy, which alleged that Democratic leaders were involved in a pedophile ring in the non-existent basement of a D.C. pizza parlor. From January to August 2017, Bannon was the White House Chief Strategist, known for working closely with President Trump. But Bannon’s later criticisms of the president—captured in Michael Wolff’s book “Fire and Fury: Inside the Trump White House”—and Trump’s negative reaction seem to be evidence of a wedge driven between the two political figures. He departed from Breitbart shortly thereafter. 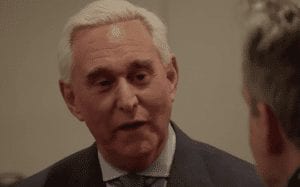 Republican campaign strategist Stone has been an ally to conservative politicians running for office since Richard Nixon. He was an advisor to Trump during the 2016 presidential campaign, but was disinvited from appearing on CNN and MSNBC after litany of racist and violent comments online directed at those networks’ anchors and guests. Stone has appeared on InfoWars and pushed the unfounded conspiracy theory that Sen. Ted Cruz’ father were involved in the assassination of President John F. Kennedy in 1963, repeating this in a tweet to the Washington Examiner. The accusation against Cruz’ father was originally published in the National Enquirer, and parroted by President Trump. 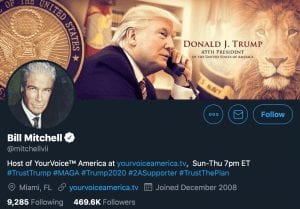 The host of right-wing talk show YourVoice America, Mitchell is among the most vocal proponents of the “QAnon” conspiracy theory and an ardent Trump supporter. “QAnon” refers to the belief, spread chiefly online, that an anonymous high-ranking government official—acting under the pseudonym “Q”—has been dropping cryptic hints in anticipation of Trump’s mass arrest of Democratic political figures. Mitchell has also implored the Department of Justice to investigate Antifa as a culprit of the 2018 California wildfires. He claims that he secured an invitation to the White House’s 2019 Social Media Summit, alongside other right-wing social media personalities. 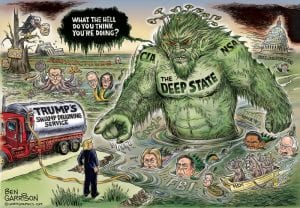 A self-styled libertarian, Garrison is best known online for his political cartoons which depict current events in a manner that often suggestions a shadowy organization is pulling the strings. Garrison’s comics have depicted Trump as a heroic, sometimes musclebound figure rooting out corruption, and at times have alluded to Jewish conspiracies and brainwashing campaigns by the “mainstream media.” Hillary Clinton also appears regularly as a member of the “deep state” that allegedly manipulates U.S. affairs. Garrison was one of many right-wing social media personalities invited to the White House’s 2019 Social Media Summit, but had his invitation rescinded after reports of anti-Semitic content in his cartoons. 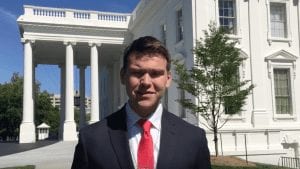 Posobiec at the White House, during his time as Rebel Media’s White House correspondent. Screenshot from YouTube.

Posobiec is a conspiracy theorist and alt-right organizer who the Anti-Defamation League identifies as belonging to the “alt-lite”—members of the alt-right who have disavowed the name and its explicit ties to white supremacist ideology. Posobiec is one of the main proponents of the “Pizzagate” conspiracy theory. His sizeable online following includes Donald Trump Jr., who Politico found liked or shared tweets by Posobiec more than a dozen times in 2018. Posobiec told Politico that he and Trump Jr. share a “mainstream” belief in the “deep state.”