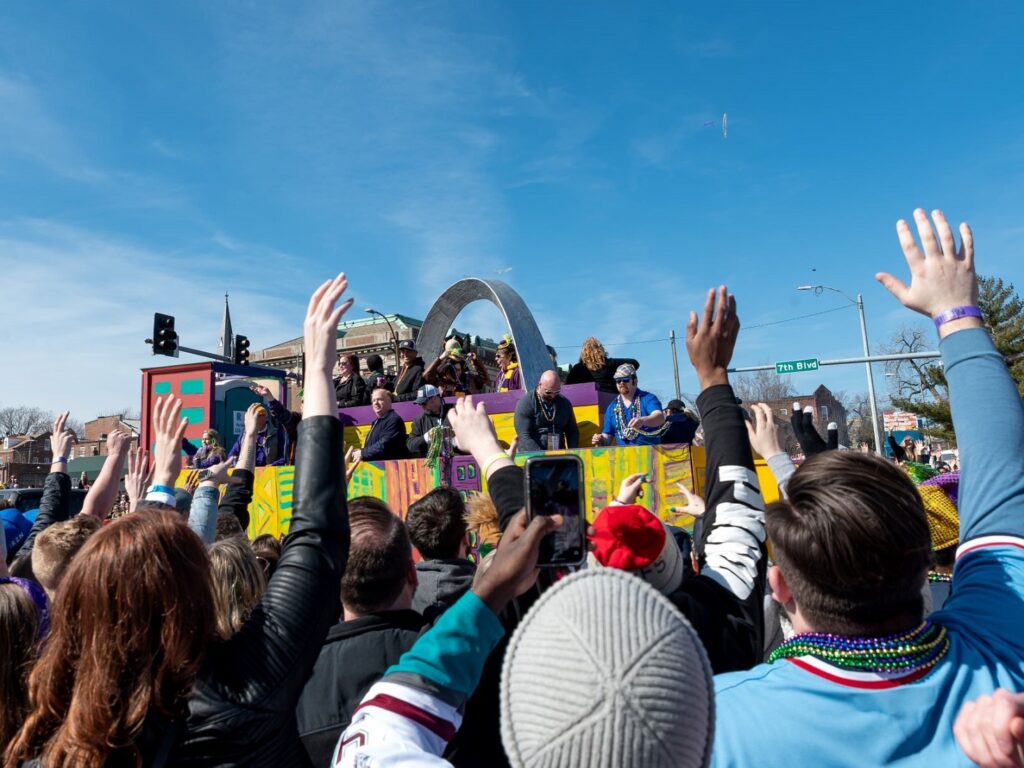 (ST. LOUIS) — A scaled back version of the annual St. Louis Mardi Gras celebration, one of the nation’s largest outside of New Orleans, will go on this year despite the pandemic and freezing temperatures, organizers have said.

This year, traditional events like the pet costume contest will be held online. Others, such as a neighborhood walk, may be hampered by the extreme cold forecast for the week. Local meteorologist Steve Templeton predicted in a tweet that the temperature won’t exceed 10 degrees over the weekend, which is when most of the live events were scheduled to occur. There was no snow predicted for the actual Mardi Gras day on Feb. 16, but the mercury will still be at a frigid 16 degrees, according to local news station KMOV.

A year ago, an estimated 400,000 partied in the streets of Soulard, the historically French neighborhood just outside downtown St. Louis where the festivities are usually held.

According to the Regional Chamber and Growth Association, the city’s Mardi Gras weekend brings over $21 million to the region annually.

Many bars in Soulard, where Mardi Gras is the biggest event of the year, are planning alternatives that COVID and the weather cannot stop.

“As far as numbers, it will honestly be a lot like a normal Friday or Saturday night during COVID,” Luke Reynolds, co-owner of the Soulard bar Molly’s, told The Click.

The local business owner said they usually sell 1,700 tickets to their bar’s Mardi Gras event. Social-distancing restrictions have led them to cap this holiday’s tickets at 100.

“It’s a small sacrifice to keep everyone safe,” Reynolds said.