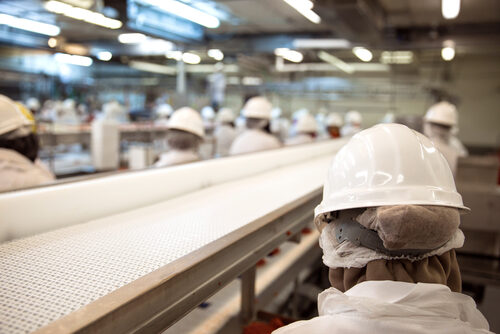 (HOUSTON) — Nationwide research shows Latinos are among the hardest hit by COVID-19. According to the CDC, Hispanic or Latino persons have 2.8 times higher cases rate and 4.6 higher hospitalization rate.

Now, a new analysis from The Center for Public Integrity has found that 43% of nearly two million front-line farm and processing workers nationwide are immigrants – mostly Latino and many noncitizens. Many of them are excluded from any kind of financial help from the federal government.

In Harris County, there are a total of 7,392 workers, where 57% are immigrants and 39% are non-U.S. citizens. Some noncitizens could be undocumented or have green cards, which gives them legal permanent resident status.

As these workers continue to be at an increased risk of infection from the virus, non-U.S. citizens were excluded from the CARES Act, which provided financial help during the pandemic. The legislation excluded workers who filed taxes using an Individual Taxpayer Identification Number (ITIN). It also excluded those in “mixed-status” families, undocumented workers who file taxes jointly with U.S. citizen or legal resident spouse.

The Center for Public Integrity report, called “Trump attacks them. COVID-19 threatens them. But immigrants keep the U.S. fed.,” says that nearly 9 in 10 of the immigrant farm and food-processing workers are Latino.

The CDC reported in April that 4,913 workers in meat and poultry facilities nationwide tested positive and 20 have died from the virus. In a subsequent CDC report in May adding stats from 23 participating states ( not including Texas) the death toll had risen to 91 with 17,358 cases. This analysis brings to light how disproportionately Hispanics, specifically non-U.S. citizens, are affected although they contribute billions of dollars to the U.S. economy.

To estimate the number and location of front-line workers in food production who are immigrants, The Center analyzed data from the Census Bureau. The data on COVID-19 cases and deaths were collected by The New York Times.

As Democrats and Republicans continue to battle on a new stimulus package, the eligibility for undocumented workers is in limbo, but the case numbers and deaths remain.