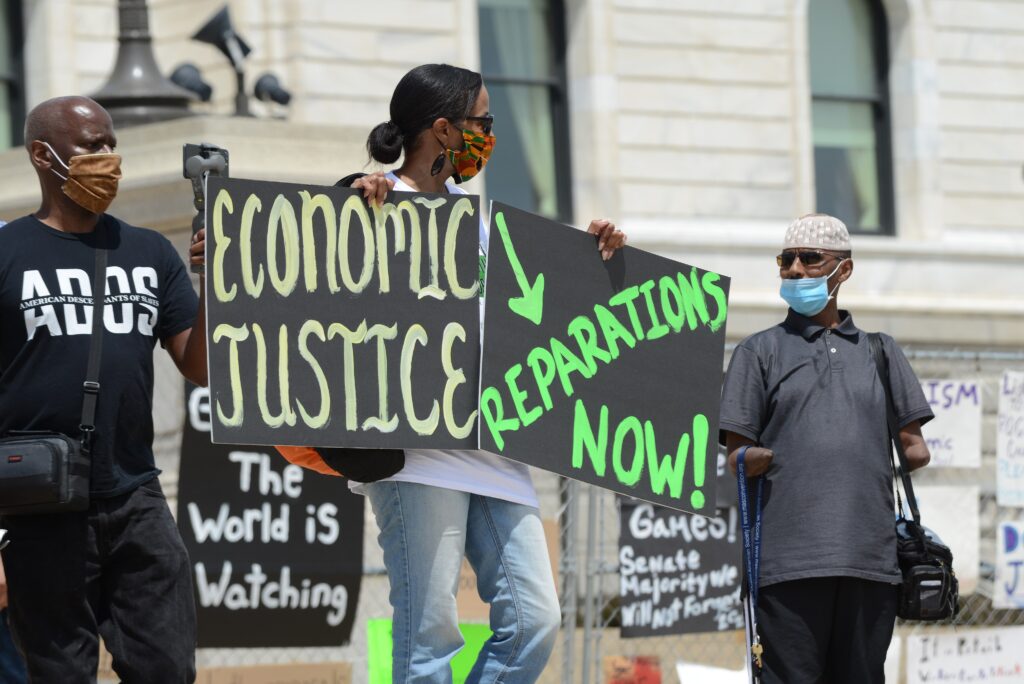 (LOS ANGELES) — Ta-Nehisi Coates’s The Case for Reparations is a seminal piece of journalism, representing the very best of advocacy journalism. Coates meticulously makes the case that for America to “be whole,” it must, “reckon with our compounding debts.” His solution is reparations. And what he means by reparations is not simply an amount of money owed or the “recompense for past injustices.” He means, “The full acceptance of our collective biography and its consequences.” For Coates, “Reparations beckons us to reject the intoxication of hubris and see America as it is—the work of fallible humans”.

What makes Coates’ peice such a powerful form of advocacy journalism is the way he intricately weaves the hardships faced by African Americans throughout his compelling argument for how America could achieve a “spiritual renewal.” This gives his article a much-needed touch of humanity that elicits a visceral emotional response. The figure of Clyde Ross, a man born in the Deep South in the 1920s who has had to endure severe racism for much of his life, features prominently. Ross’s experiences with discrimination at different periods of his life adds color to a story that relies heavily on statistics Coates’s dextrous handling of those facts and figures alongside human stories make his argument convincing and compelling.

Those shocking statistics and human stories illustrate how the government has systematically worked against African Americans for decades. Coates cites numerous examples, including the much-heralded New Deal, the G.I. Bill and the founding of the Federal Housing Administration (FHA), to make his case. For example, after its founding, the FHA used, “Maps that rated neighborhoods according to their perceived stability.” The rating scale was from “A” to “D”, where “A” rated areas, colored in green, were seen as “in demand” and had not “a single foreigner or Negro”. Whereas neighborhoods where Black people lived were colored in red and rated “D.” They were not eligible for FHA backing.

As Coates noted, these practices of redlining, “Spread to the entire mortgage industry, which was already rife with racism.” He explains that many of the discrepancies between Black and White families that have existed for generations persist today as a result of Black families not being afforded the same opportunities to climb up the property ladder and build generational wealth as White families.

Coates acknowledges that reparations might threaten America’s, “heritage, history, and standing in the world.” But, he argues, it would belatedly acknowledge that white supremacy is, “A force so fundamental to America that it is difficult to imagine the country without it.” Coates advocates for a practical solution to conclude his argument, citing the example of prior reparations between Germany and Israel. The late U.S. House Rep. John Conyers repeatedly introduced legislation that would examine the merits of reparations to African Americans but has died in committee at every session in Congress it has been introduced in. Ta-Nehisi Coates’ piece is an apt demonstration of advocacy journalism’s unique power. It is a power not only to tell a story deeply rooted in facts and human stories in equal measure but one that advocates for a worthy change in our society.