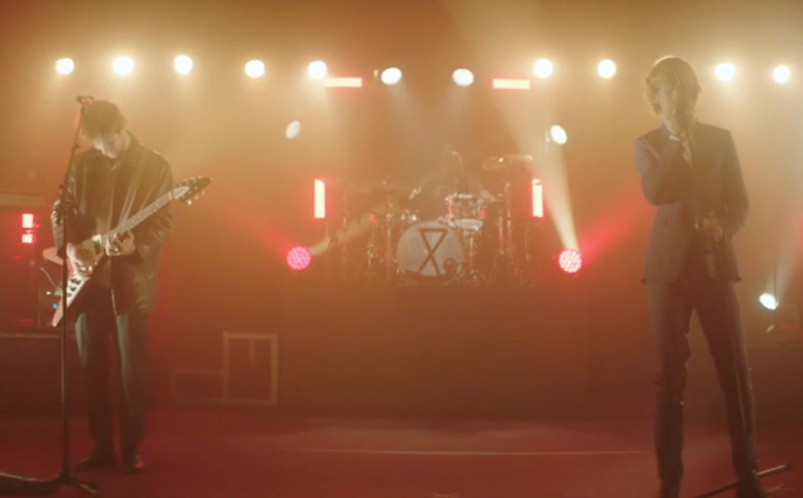 (SUNRISE, Fla.) — Alternative music duo The Driver Era celebrated the release of their brand-new album Girlfriend  the first week of November with a live-streamed performance in Los Angeles, California.

The event, Girlfriend: Live From Los Angeles was hosted online by Moment House, giving fans from around the world a cinematic virtual experience of the band as they performed songs from their new album as well as songs from their previous record.

Before forming The Driver Era in 2018, brothers Ross and Rocky Lynch were former members of pop-rock band R5, which had also included their siblings Riker and Rydel Lynch as well as family friend Ellington Ratliff.

The duo released their first single as The Driver Era, “Preacher Man,” in May of 2018 and quickly garnered praise from those within the alternative music scene.

“Preacher Man” was a contrast to the music they released as R5 for its mature theme around religion and sin, making it a departure from their earlier pop-rock sound that stemmed from their ties to Disney Media Group’s recording label Hollywood Records.

The Driver Era would then go on to release their debut album X in 2019 and would find more success with their songs “Afterglow” and “Low” — which was the first song to be sung by guitarist Rocky Lynch instead of lead vocalist Ross Lynch.

With musical artists slowly making their return to live music, The Driver Era’s collaboration with Moment House gave fans an experience like no other as they got to celebrate the recent release of the band’s new album and hear their new songs being performed for the first time.

The event began with pre-recorded visuals of the duo driving throughout Los Angeles as they made their way to the venue.

Upon arrival, the live concert began, and the band opened the show with their new song “Heaven Angel.”

Throughout the show, fans voiced their excitement through Moment House’s live chat feature.

One fan named Karyn commented, “This is getting me so excited for tour!!!” while others commented on the countries in which they were watching from.

During The Driver Era’s performance of their song “#1 Fan,” fans would write the lyrics in the chat as they watched the concert play out.

The duo also performed a stripped-back version of their songs “Afterglow” and “San Francisco.”

The Driver Era ended their concert with a performance of their song “A Kiss.”

After the live stream ended, fans who purchased tickets for ‘The After Hang’ got the chance to ask the band questions in the live chat.

During ‘The After Hang,’ the duo shared their excitement for their upcoming tour and which parts of the world they would love to tour in the future.

As the live stream came to a close with ‘The After Hang,’ fans in the chat shared the same sentiment — that they were excited to see them on tour starting later this month.