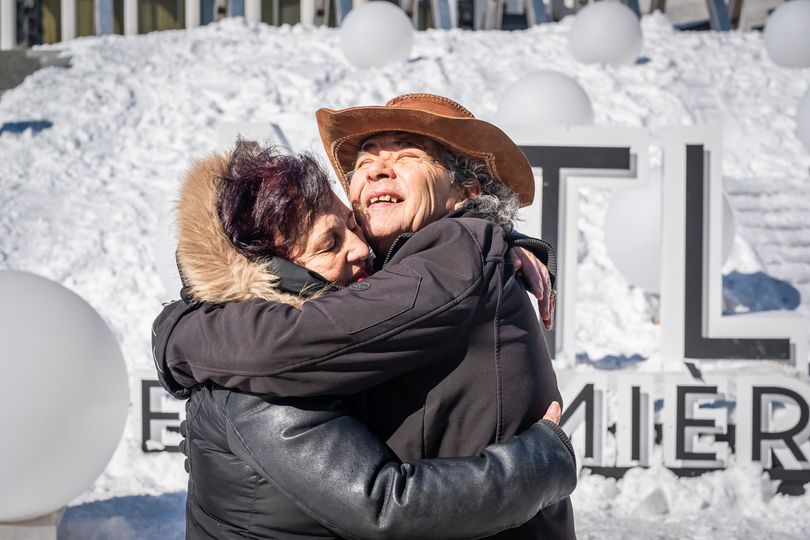 A week after the province reopened public spaces to maximum capacity, Embrace appeared for the first time at Place des Festivals, an event bringing more than 30 strangers to do just what the name implies: embrace.

One member, who participated in Embrace during the February and March months, said, “It was incredibly uplifting. It was just an opportunity to let go, to be yourself, and to be authentic and share compassion and kindness with total strangers.” 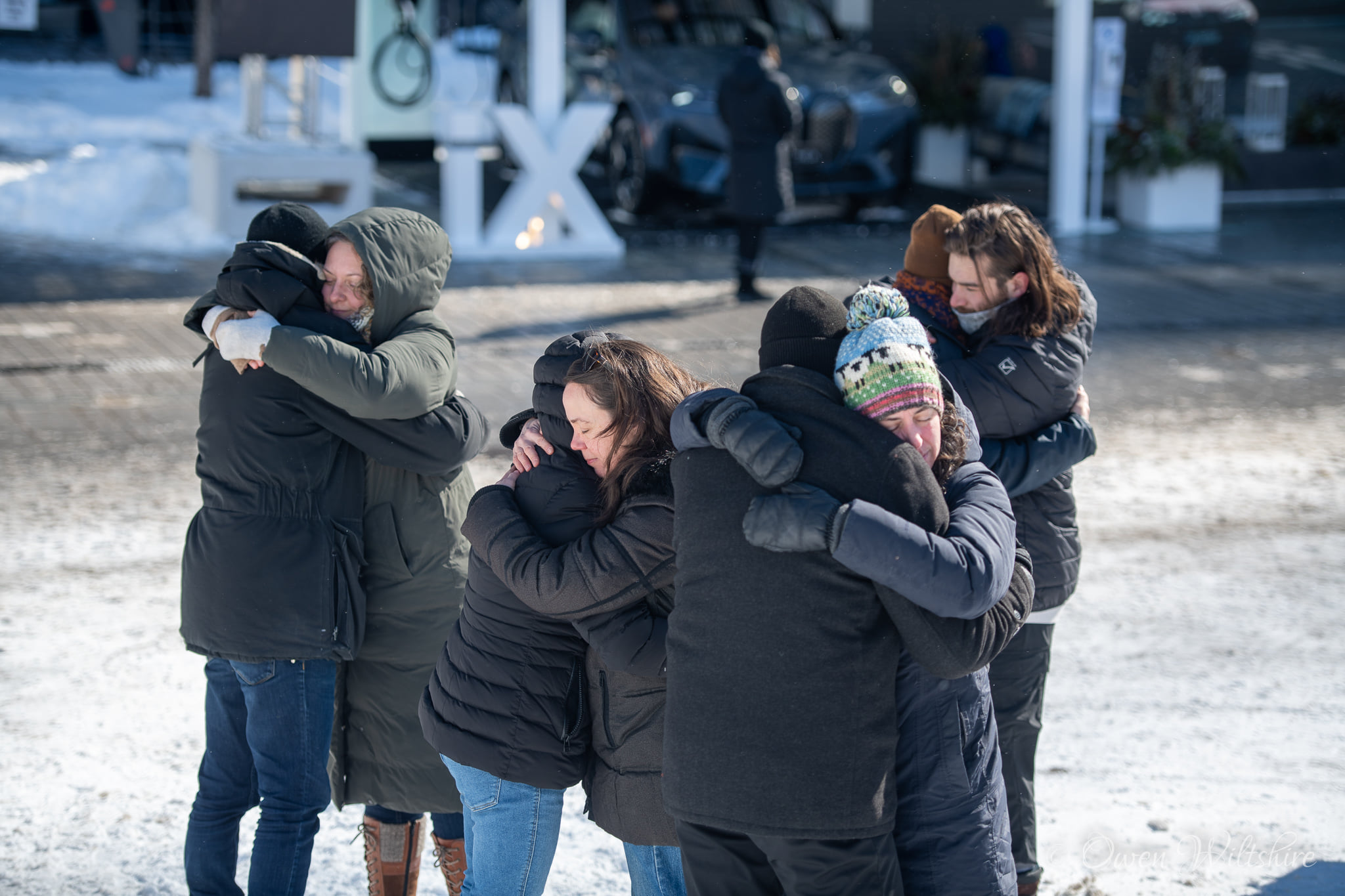 Choreographer and yoga instructor Kristen Céré created and hosted Embrace to celebrate what almost everyone hopes is the end of COVID-19, a pandemic that brought as many physical divisions as it created emotional ones.

Céré says, “We’ve just been through this challenging time these last two years. And somehow, throughout all of this, we kind of lost this language of connection, this physical connection that is so, so important and so valid.”

Embrace members agree. One participant, who took part in Embrace’s most recent event, said, “I think in times like these, we saw a lot of people have been very isolated.”

And because of this, Céré felt a call to do something, “I kept seeing, envisioning, a group of people gathering together and just holding each other in their arms–just really taking the time to acknowledge one another.” 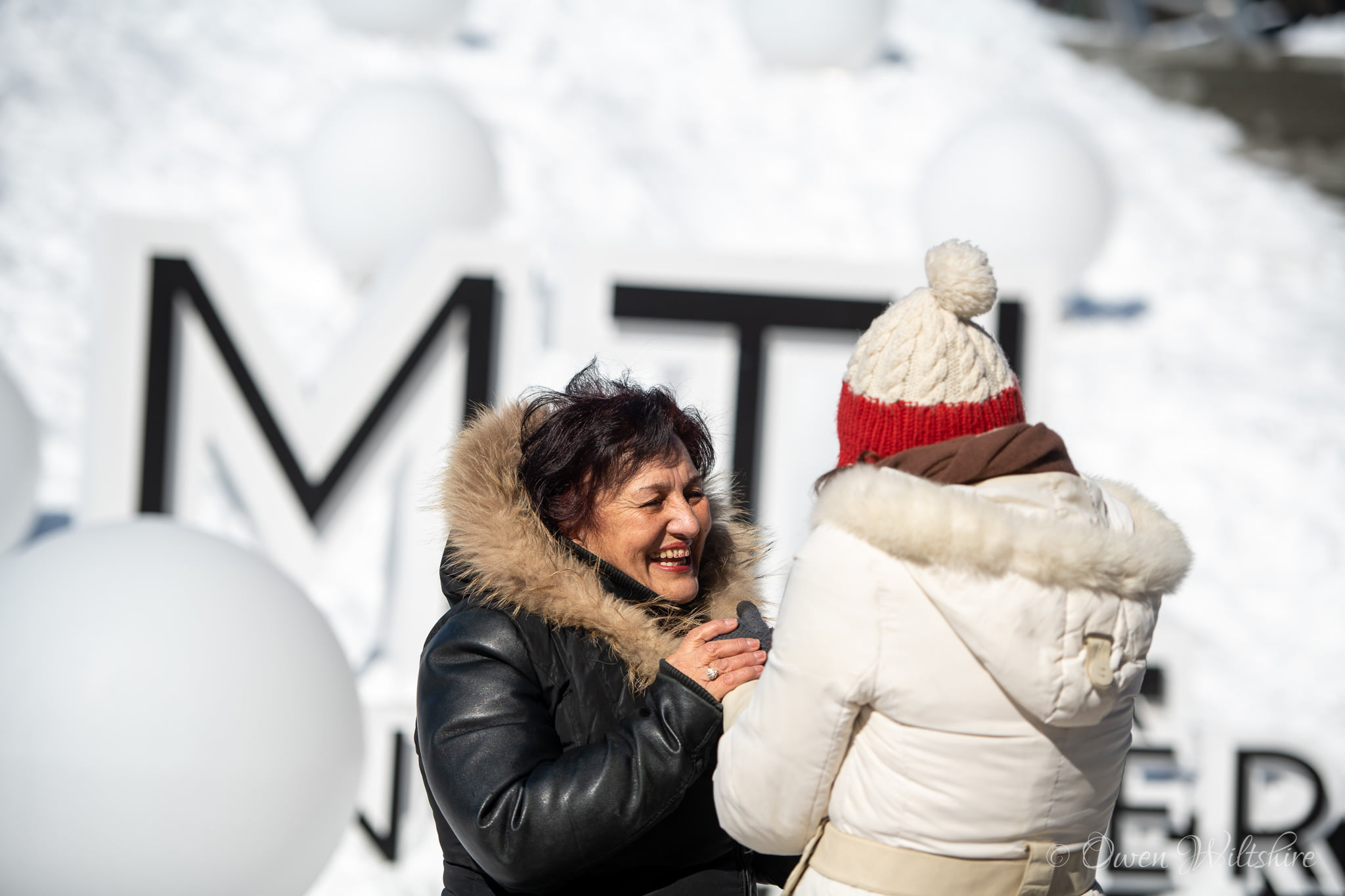 But Céré understood that this vision wasn’t an everyday event style. “Just a bunch of random people hugging in the streets?”

And yet, when Céré gathered people together and gave a voice to her vision, members weren’t just receptive to the idea–they were excited about it.

Soon after, Céré teamed up with her co-organizer, Ilana Grostern, a Montreal-based self-attunement and somatic coach. Like the body-focused services Céré provides, Grostern’s mission is to reconnect clients with their bodies for greater mental wellness.

Céré  hosted Embrace for the first time on February 26 and was, in essence, a resounding success. “It was just beautiful . . . There was such a need to have that close physical connection.” 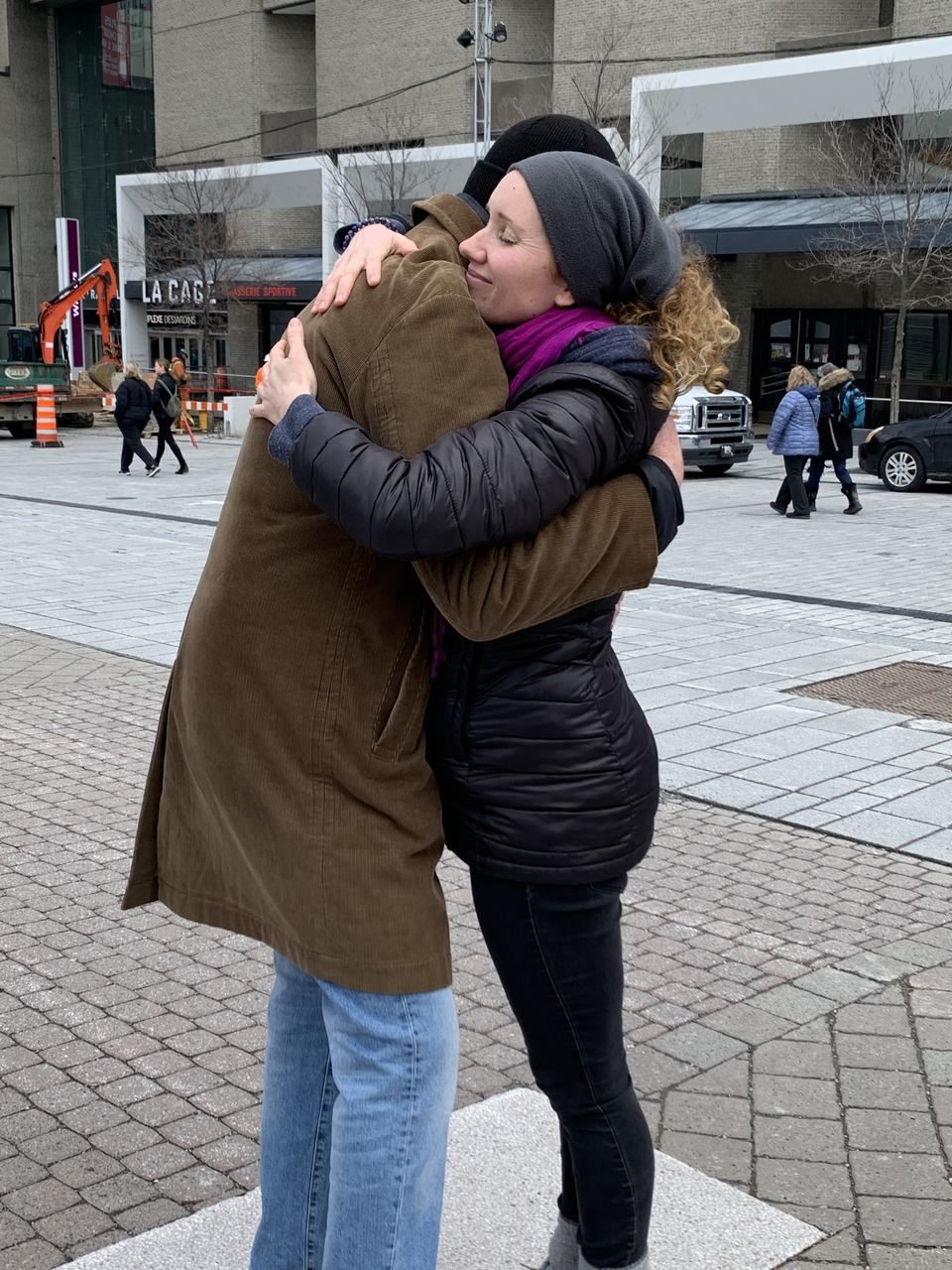 Céré realizes her dreams for Embrace with just a hug. [Credit: Paige Gilmar]

Embrace is an hour-long event, where participants are expected to hug and hold hands for a full 10 seconds in simultaneous meditation, focusing on being present and expressing gratitude.

Originally intended to be a one-time event, Embrace became a series when Céré saw how a simple hug touched and changed the lives of others.

Céré says, “She was a mom that came with her child, and she just started crying. We held her in our arms. And she just said, ‘You don’t know how much I needed this today.'” 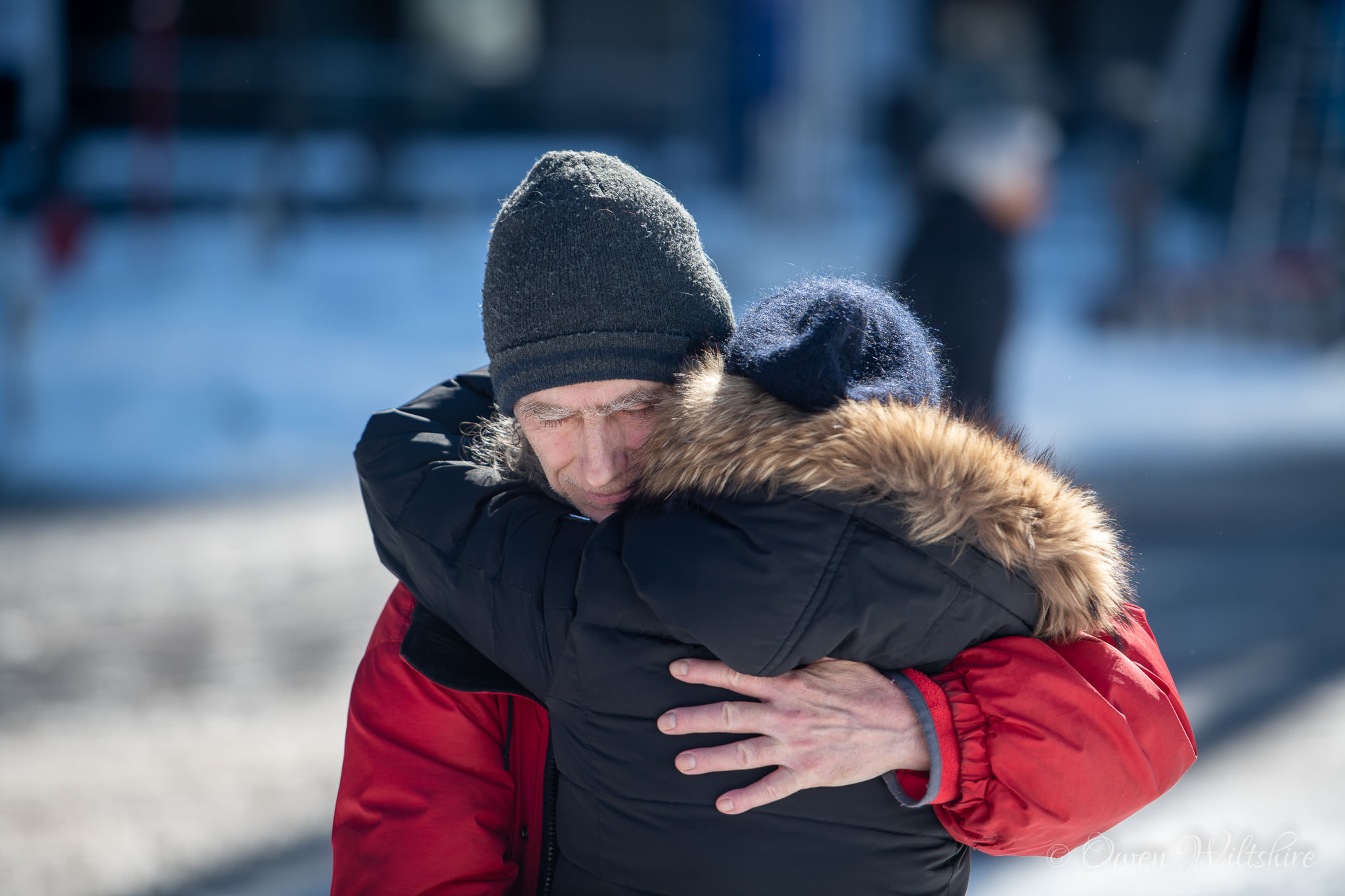 Embrace held its second event on March 26 (once again, at Places des Festivals) and a third is scheduled on April 30 at Montreal’s scenic Beaver Lake.

“It’s been such a time of division that we just want to come back to  humanity to connect on a human level,” says Céré. “And just remember [that] we’re all in this together, and we’re there for each other.”