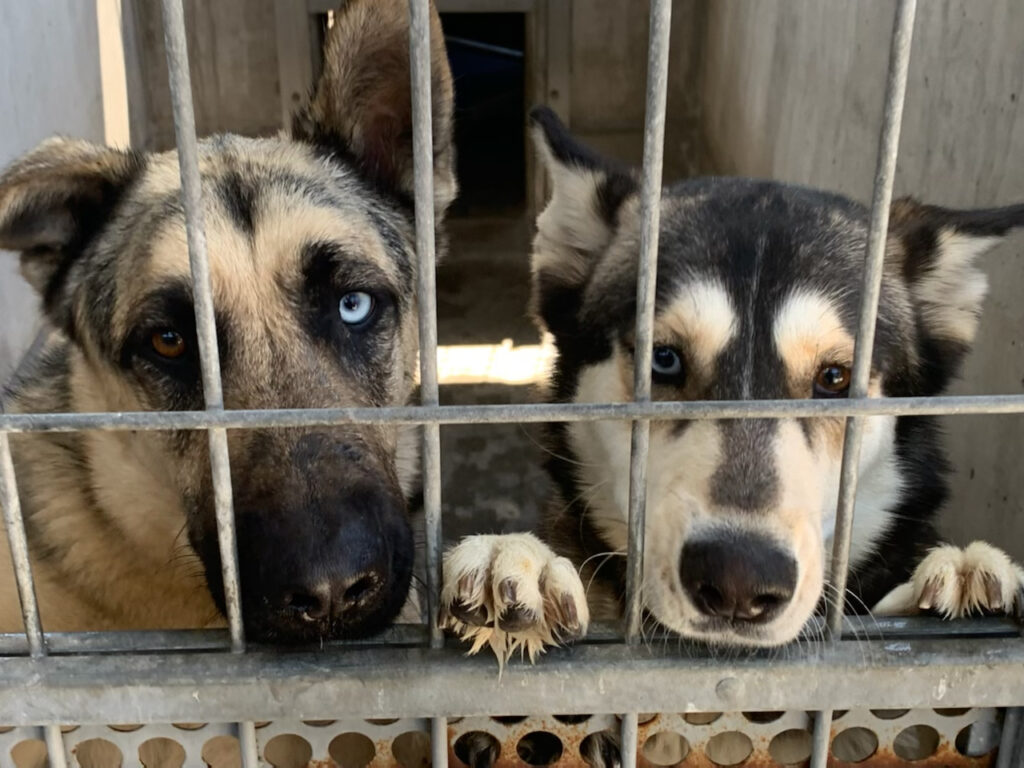 (LOS ANGELES) — At Ohana Veterinary Clinic, within the heart of Torrance, California, cases ranging from wound treatments to cancer or liver diseases are seen by Dr. Tracie Uchima. Alina Rojas, who works as a veterinary technician, recalls one case that involved a 5-year-old domestic shorthair cat, with big green eyes and dark stripes, called Squirrel. The cat had a very evident infection and some inflammation within her neck, with some flesh visible due to an injury caused by a coyote.

According to Rojas, the owner didn’t want to pay for any treatment and wanted to get rid of Squirrel because she and her family felt “disgusted” by her neck, and didn’t even want to touch her.

“We instantly had the owner surrender her to us,” recalled Rojas. After five months of treatment, she was completely healed and Rojas contacted Shira Scott Astrof, the founder of the Animal Rescue Mission, in order to help spread the word to find her a suitable foster home. Rojas smiled as she recalled, “[Shira] found the most amazing foster mama for Squirrel, but she’s still looking for her forever home.”

According to Rojas and Astrof, stories like Squirrel’s have become more common within the past six months, and the numbers bear that out: according to the Los Angeles Animal Services, the amount of animals surrendered by their owners has more than doubled since 2021. On April 25th, KOST 103.5 reported that all six Los Angeles animal shelters have reached capacity, and some are reportedly so packed that animals have to share kennels. With this rise, many animal lovers and rescue organizations have had to step up in order to help the situation as best as possible.

People like Rojas, who had been rescuing animals since she was 15 years old, volunteer their free time in order to provide support to abandoned animals.

“The first time I ever rescued, I went to the pound with the intention of picking out the sickest dog there, and after that I just couldn’t stop,” she says.

“I feel like so many people perceive animals as objects simply because they do not have a voice. Which is why we have to be their voice.”

Being their voice is why Astrof founded the Animal Rescue Mission in 2018, a non-profit group that rescues, rehabilitates, and re-homes abandoned or abused animals from Southern California, Mexico, and South Korea. Though their main focus is providing services for dogs and cats, they’ve also worked with farm animals such as roosters and ducks.

Every few days, Astrof or someone on her team gets a notification that there’s an animal in need through social media.

“We sometimes get calls from people that find strays and many times they’re injured or hurt. Most of the time it’s a situation where the owner dumped them on purpose. We also get alerts from the shelters about all the dogs whose time is up and are on the euthanasia list, dogs that have medical issues or seniors,” Astrof said. “We always want to get the seniors out right away.”

Currently, the Animal Rescue Mission reports having about 100 animals in their care, including ones in their shelter in Tijuana. 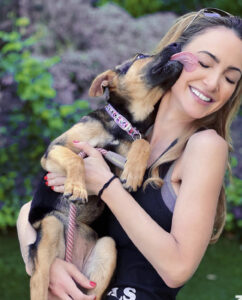 According to Astrof, the non-profit’s business leaders felt it was a necessity to open up a shelter in Tijuana because of the volume of strays their volunteers report finding in Mexico.

“There are strays everywhere and they’re usually hurt or in bad shape. We bring them to the shelter first, and then we would take them to our clinic in Mexico. They’ll stay at our clinic for a minimum of two weeks because they always have to quarantine before we can transport them over here into foster homes,” Astrof explained.

On the other side of the world, though, in South Korea, ARM has rescue partners that send them lists of animals that have the highest level of urgency.

“The pounds there are horrific,” says Astrof. “The cages are so tiny and the dogs only get walked once every six months.” She said they’ll sometimes get on a flight to pick up the animals and then bring them back, and other times they’ll get volunteers to transport them who are already coming back.

“We’ve brought anywhere from just one dog to up to ten dogs at a time. It all depends on how much money we’ve been able to raise to bring them here,” she said. “Once they’re here, a lot of times they are just terrified because they have just lived their lives in a cage and they’re not socialized at all, but with time you know, they always do great.” 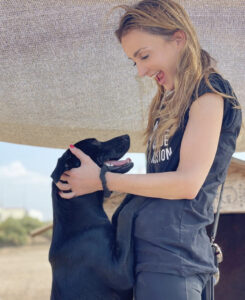 According to Astrof, during the COVID-19 pandemic ARM was finding more dogs on the streets because many shelters were closed, but there were also more people willing to adopt because they had more time on their hands. However, Astrof explained, that once the pandemic restrictions started lifting, and people started getting busier, many actually surrendered their pets to the shelters because they simply didn’t have the time.

“Thankfully none of the animals that we got adopted got returned because I went through such a lengthy adoption process with everybody, making sure they understood the responsibilities that it entailed and that it’s a commitment for life,” she said.

The issue of pet abandonment fueled by the pandemic has been a major topic of conversation online. An anonymous TikTok user called @punk213k often posts videos about how the North Central Animal Shelter is overflowing with dogs being surrendered by their owners. In a recent video, he showed mostly huskies and other bigger breeds inside cages. The video read, “We are now full,” and though many of the dogs that appear look sad and scared, one particular husky jumps up to the metal gate and licks someone’s hand.

Tom Kiesche, a volunteer at the shelter, also took to social media to talk about the large numbers of animals he’s seeing being abandoned. 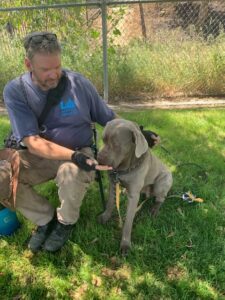 “With prices rising for everything, people are having to cut back on things, and some have decided that it’s their dog who has to go. Either they can’t afford their medical bills or they’ve had to move to a more economical place where the landlord doesn’t allow pets,” he said.

“Then there are selfish people adopting during the pandemic because they thought it’d be fun, got a puppy and they didn’t know what they were doing. They didn’t train or socialize the dog and now the dog is around 70 pounds, has some bad behaviors and the person doesn’t know what to do about it. Even though they’re the person that instilled those behaviors in the dogs.”

Kiesche is not far off, according to Best Friends Animal Society, the two main reasons why dogs and cats are surrendered are housing issues (13.7%) or the owner having too many animals (16.1%).

“We are seeing an increase in dogs and cats coming into the shelter in recent months, compared to the first year of the p­andemic,” said Dia DuVernet, the President and CEO of the Pasadena Humane Society.

But the pandemic was not the first time there has been a spike in the demographics of surrendered animals. According to Kiesche, for eight years the HBO series “Game of Thrones” made owning a dog that looked like a wolf popular, so they started to see a lot of people asking for husky and shepherd-type dogs.

“Both dogs are the cutest puppies, but require a lot of owner training, exercise, and stimulation,” said Kiesche. This led to a rise in abandoned huskies and shepherds.

“Not everybody sees a dog as a creature that’s got a mind and feelings, and that it gets scared and nervous. We look at everything like it’s an iPhone, like it should be perfect out of the box. If it doesn’t work right away perfectly, then we send it back, and we get a new one every three years because our friends are getting it.”

Kiesche uses his social media presence in order to spread awareness on the commitment that it takes to truly be a pet owner.

“[Animals] are each unique. Each one is a feeling, thinking, and an emotional creature that needs time, love, and understanding. Like each of us, each one has their own personality. They are all perfectly imperfect.”

Because he believes that education is the key to solving the surrendering issue, he has put together a website with resources for people considering volunteering, fostering, or adopting. “If people can’t make a lifetime commitment to an animal they should foster an older dog from a rescue or from a shelter, volunteer, walk dogs as a side hustle, or get a stuffed animal.”