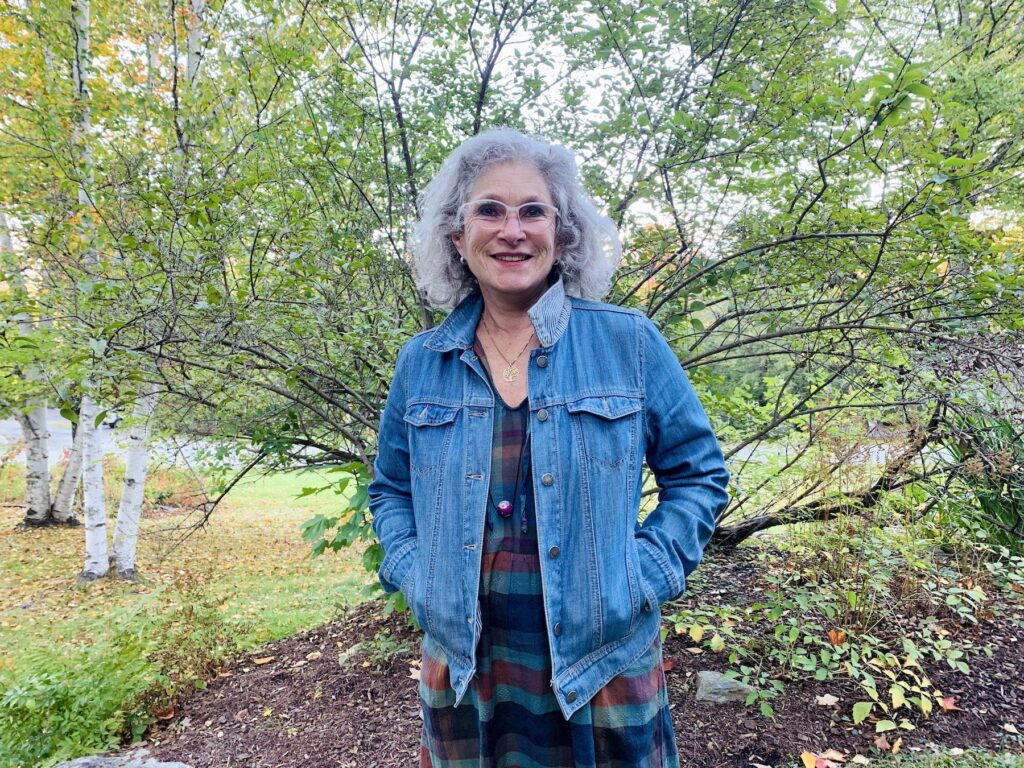 ( STOWE, Vt.) —The Click talked to former Vermont State Sen.Hinda Miller about her early days as a co-inventor and founder of the sports bra, and the lessons she wishes to pass on to future entrepreneurs.

This conversation has been edited for length and clarity.

Miller: First of all, I’m a Boomer, I am a product of my age (70). In the 70s, I graduated from college. Many of us were involved in “second-wave feminism” and we were very passionate about creating our own lives. It was a movement, which was about childcare, equal rights, and equal pay.

Title IX, a federal law that prohibited sex discrimination in schools that received federal funding, [ and] mandating gender equality in athletics, was passed in 1972 and had to be implemented by 1975. The act stated that educational institutions as well as others would have to spend equal money on men and women. This had a huge impact on sports because there were no women’s team sports before that act. This emphasis on supporting women’s sports-inspired many women to start running for their personal health.

The Click: When did you design your sports bra? Why?

The running movement started in the early 70s, and women were a part of it. 16 million people ran. Now, I can’t say if half of them were women, but they were a lot of women, who were healthy, strong, and part of team sports. But there was no bra for female runners.

My partner Lisa Lindahl and I were runners. We asked Polly Smith, a custom designer, to help design a sports bra that was comfortable for women runners. Together, we invented the first sports bra in the marketplace called the JogBra. This product now is a $3 billion category worldwide, but in the beginning, we were very small entrepreneurs. 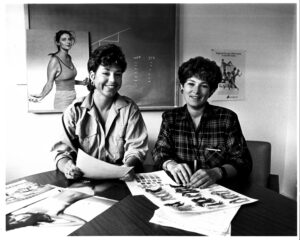 The Click: What would you tell your younger entrepreneur self now looking back?

Miller: It is important to articulate what you know about your product. Why are you designing this product or service? What need does it solve in the marketplace? And what benefits does it provide? Finally, you have to put a dollar amount on it.

Courage is important too. You have to be willing to fail and hope that you get what you need.  Women “know what we don’t know.” We ask good questions. And we also know how to listen and collaborate, which is very important for entrepreneurs.

The Click: What advice do you have for women entrepreneurs?

Miller: Don’t be overly attached to your ideas. Don’t make your ego and your self worth get too attached to your ideas either. That’s not where it’s going to happen. If you’re an entrepreneur, have the foundation to listen, even to other people’s ideas, and make decisions with your team on what to do next.

The Click: What would you say made you who you are today?

Miller: I was the eldest child of four, and I had a father who didn’t have a gender bias. He did not treat his daughters differently to how he treated his sons. I didn’t have to be perfect. In his eyes, there was no failure. What he wanted was for me to go out and experience the world. I was lucky that I learned to ski at a very young age, which requires that you have courage and focus. My father’s influence and skiing gave me the courage to go out, experience the world, focus, and live the life I wanted. So, develop your courage, stay focused, and believe in yourself.