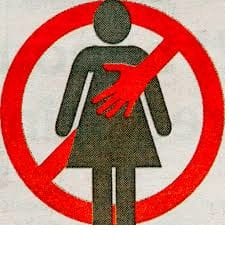 NEW YORK – Her name is Florence Graves, and long before the MeToo Movement, she shined a bright light on the issue of sexual misconduct in Washington, D.C. by exposing the behavior of then-Senator Bob Packwood (R-Oregon).  Her instinct, tenacity, and investigative reporter skills lead to the resignation of a five-term senator, compelled the Senate Ethics Committee to investigate, for the first time ever, allegations of sexual misconduct, and led to the creation of the Congressional Accountability Act, which holds members of Congress to the same standards of discrimination law as anyone else.

In 1992, Graves, a freelance reporter, began investigating claims that Republican Senator Bob Packwood had been sexually harassing woman for years. What was so ironic about such claims is that the senator had been, according to Graves’ bombshell article in the Washington Post, “a leading advocate of women’s right during his 24 years in the Senate” and that he had a “much-admired history of hiring women, promoting them, and supporting their careers even after they leave office.”  Women even held “the most powerful posts on his staff.” Yet, the senator stood accused of sexual harassment by making unwanted sexual advances and at times be forceful by grabbing or kissing women without their consent.  Just a year prior, the country was transfixed on the televised Senate hearings of Anita Hill and Clarence Thomas.  Hill had accused Thomas, a Supreme Court justice nominee, of sexual harassment.  So the topic which, until that time, had not been widely discussed publicly, was still fresh on the radar, and Graves was determined to get the facts about what was really going on behind the scenes with the powerful senator from Oregon.

Graves initially interviewed a dozen women who all alleged that Packwood had made “unwelcomed sexual advances.”  Along with fellow reporter Charles Shepard, she then interviewed Packwood who “flatly denied the allegations.” At the time Packwood was running for reelection for a fifth term in the Senate.  Acknowledging impropriety of any type of obviously would not have been good for him at that time, and he even been able to delay Graves’ story of the allegations from being published in the Washington Times until after the election.  However, Graves persistent in pursuing the story and found more than 40 women who came forward to say that they, too, had been victims of Packwood’s “unwanted sexual advances”, he could no longer flatly deny that something had occurred.  As Graves wrote, Packwood “abused his power over women” and “felt entitled to work his will.” It was abuse by a powerful man that left many of the women feeling afraid to speak publicly about what they endured for fear that Packwood could ruin not only their reputations, but their lives.

Graves, however, was determined to tell the story of what, she discovered, had been “a decades-long pattern of sexual misconduct,” from 1969 to 1990. She was able to gain the trust of the women and even convinced some of them to go on the record, which was no easy task. By taking a “go slow” approach and leaving the decision totally up to the women, Graves’ eventually got the corroboration needed for the story.

Convincing the women to speak out wasn’t Graves’ only challenge, though. Getting a news outlet to publish the story was an uphill battle, until the Washington Post ran her front-page story on November 22, 1992.  Then following an ethics probe that “dragged on for two years,” Packwood resigned from the Senate in November 1995.

If not for the investigative journalism of Florence Graves, Packwood may have never been held accountable for his actions and the women he abused may have never received any vindication.  If not for Graves, members of Congress might still be exempt from being required to follow the same employment and workplace safety laws as businesses and the federal government; and if not for her commitment to the story, the path towards movements such as MeToo will have been that much more difficult.