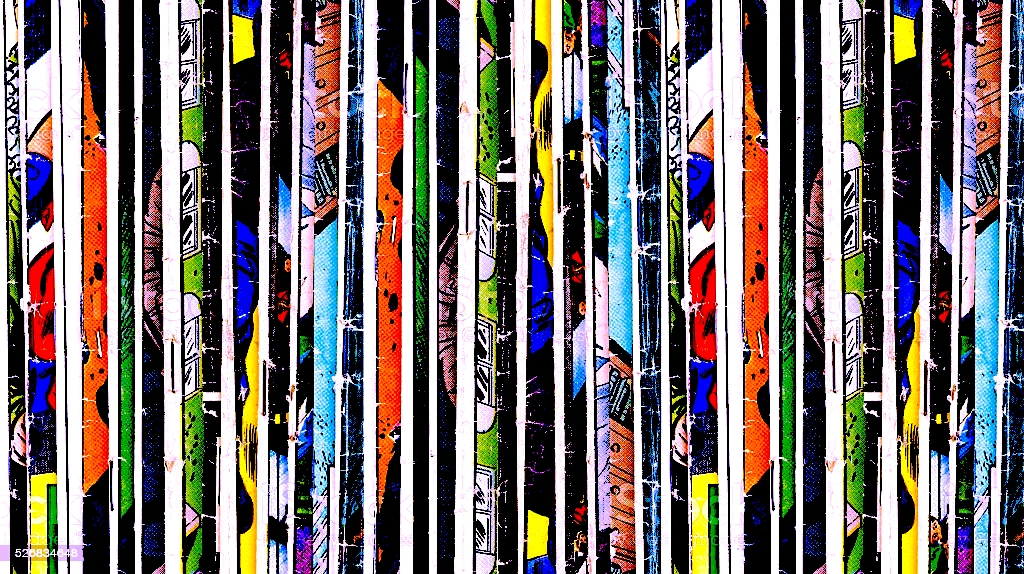 Korean digital web comics are on the rise, bringing opportunity for creators as part of the latest “Hallyu” cultural wave. [Credit: iStock]

(NEW YORK) —  Pixels and minutes blur as writer Brandon Chen and his teammates push to stay on schedule with their weekly deadline for the popular South Korea-founded Webtoon digital comic publisher.

One artist adds color to the latest drawings of the lively fantasy-action series, while the other is busy inking fresh lines on next week’s panel, glancing at the storyboard script for reference. Chen is part of the rising tide of young creators behind what some are calling the next “Hallyu Wave” of Korean culture globalization, which entertainment technology companies have been tapping into to feed a public hungry for foreign media.

The term “Hallyu Wave” first came about around the early 2000s to describe the spread of Korean entertainment influence, at the time mostly centered in Asia. Since then, breakouts like the Academy Award-winning “Parasite,” critically acclaimed “Minari,” and global series phenomenon “Squid Games” have continued to popularize Korean media in U.S. and European markets.

As streaming platforms continue to produce in-house series, Korean titles are increasingly part of the line-up. Netflix recently released “Nevertheless” and “Sweet Home,” new live-action series based on popular webcomics, following the success of “Love Alarm,” another webcomic-based drama hit that just renewed for a third season. Production for 35 new series adaptations kicked off in 2021, with more planned next year.

The attention film media are turning towards Korean webcomics may explain the $1.6 billion total digital publishing tech acquisitions by South Korean media conglomerates this year — Naver acquired Wattpad, as Kakao acquired Tapas.io and Radish Media. With these powerful new partnerships, the stage is set to spotlight Korean webcomic communities as a source of fresh stories while media giants fiercely compete for audiences in an era quality content reigns supreme.

Professor Wonho Jang is the Director of the Center for Glocal Culture and Social Empathy at Seoul University, where he teaches Urban Sociology. In past research, he explored Korean comics as the next form of the Hallyu Wave and the market economics that have fueled their reach beyond Korean audiences. He shares that initially Korean publishers tried to export webcomics to Japan, but did not gain much traction as the Japanese market was already saturated with local creators and media distributors. Publishers began to look outside of Korea to give their authors the opportunity to expand.

This is partly what motivated Chen to take the leap from working in finance to pursuing writing full time. Today, he is a published writer with several webcomic series, including upcoming features on Webtoon and Tapas. Chen was inspired by the Japanese manga style of storytelling but finds the market difficult for Western authors to gain traction and become serialized, which is the main way for manga authors to bring in steady income. Korean media companies, on the other hand, have been much more active in investing in bringing more creators to the space.

“Korean webcomics are still a young art medium, but their output is a lot more frequent. No one wants to buy big comic book issues when you can read webcomics easily on your phone and a lot of webcomics are free,” said Chen. 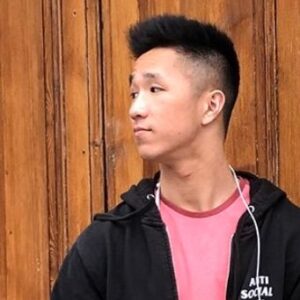 During the pandemic, Chen dedicated time to promote himself across social media platforms Instagram and TikTok.

“Even if I make the best content possible, it doesn’t matter if no one knows about it,” Chen said. “Once I did, opportunities started rolling in. I reached out to an editor, and they already knew my work so I started pitching to them.”

Webcomic platforms can monetize popular titles through reader views, ads, and in-app purchases. Webtoon pays its creators per episode for writing and art. Along with the flat fee, creators also receive a percentage of variable revenue (e.g. 30% revenue cut to authors and 70% to the company.) Episode rates vary team by team, depending on experience and the creator’s social media fan base. Specific author incomes were not reported, but Webtoon has shared that its creators earn up to 200 million won ($117,000) yearly while a 2020 survey of South Korean comic artists found that 30.6% made more than 50 million won ($42,000) while more than 46% made less than 30 million won ($25,000) yearly.

As a writer across several platforms, Chen can benefit from multiple sources of feedback to track what works best. He wants to draw organic reach with new audiences and hopes that one day his serializations will also get adapted to a film series.

What makes a webtoon appealing for adaptation?

“Part of it is how cinematic it is, how the panels are laid out and move through slowly, like you’re watching a movie. Some of it is content and popularity and how easy it is to adapt. Are different audiences going to enjoy this? What about worldwide? Some of it’s luck as well,” Chen says.

Chen has no regrets about his decision to go all in. For him, writing had already started to bring in a stable income, so when he heard the news about the mergers, he jumped at the chance to share his voice with broader audiences.

“It gives me the opportunity to pursue my childhood dreams. If I kept not putting in enough time, it wasn’t going to work.” He’s excited to see how people will receive the launch of his new series and the future of digital comics becoming more interactive.

Veterans in the field are also excited about the growth of the Korean webcomics industry. Ryan Estrada is a prolific author, comic artist, and audio producer whose projects have been featured in “Scholastic,” “Star Trek,” and “The Nib.” His recent work, a Korean comic novel, “Banned Book Club,” made NPR’s Top Books of 2020. He is currently based out of Busan, Korea where he helps produce local media programs with local media to encourage cross-cultural arts and understanding.

Peering from his studio window, Estrada points out the large Busan Webtoon Center building across the street. Here, web cartoonists can apply and the city will give them a free office, desk, and resources to build up their careers. The center also hosts film festivals and events where authors can pitch their books to film producers, though they would need to be first nominated by a Korean company to qualify.

He feels that it is largely thanks to such investments from the Korean government “really trying, making a concentrated effort to support webcomics,” that the Korean webcomic industry owes its success locally and abroad. 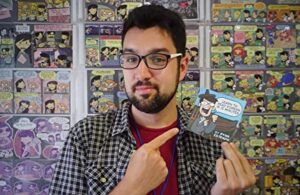 Ryan Estrada, illustrator, has observed the webcomic industry change and most recently collaborated on a manhwa novel [image courtesy Twitter].

Back in 2013, Estrada wrote a review of Korean comics being made into film series, though limited within local channels at the time. He wanted to share his love for creative Korean storytelling, but more importantly, call out what seemed to him an obvious opportunity: “The U.S. should be making movies from webcomics.”

The global webcomics community has an estimated market size of $6.7 billion and saw 52.45% growth over 2020, according to Fortune Business. Daniel Kurland is a film and arts culture writer for Vulture, Screen Rant, and longstanding comics forum Comic Book Resource. He has been following foreign comics for some time and notes that audiences have changed their view on adaptations over the years.

“In the past, adaptations have felt like they had to be one-to-one,” Kurland said. “If people saw things removed they would get offended. Now people are more open to parallel stories using that series as a launch point. It’s not tainting or replacing the source material, it’s using it to tell a new story, to coexist.”

Kurland is excited about how adaptations are helping contextualize culture in a way people can grow to understand. “I think people are becoming more receptive in general, foreign shows are becoming mainstream. There’s less jumping through the hoops, or needing to explain. “

Comic media film adaptations often benefit from existing passionate fan bases and volumes of content to draw from. It also opens up interesting opportunities for creators to collaborate and share audiences, as in the recent crossovers between Marvel comics and Japanese anime “My Hero Academia,” DC Comics being featured on Webtoons, and more.

During the pandemic, he notes many shows had to shut down production, but animations were able to more consistently run without disruption. People were also turning to new shows as a way to bond over distance. This is in line with Professor Jang’s observations that the COVID-19 lockdown and rise in streaming platform usage opened doors for Korean media to reach new audiences globally.

“The main idea of the Korean wave is to connect Korean people and people of different countries. In this sense, Korea can show an example of how developing countries, not just Europe and U.S., can produce cultural content consumed outside their country… leading to development of more friendship and communications,” says Jang.