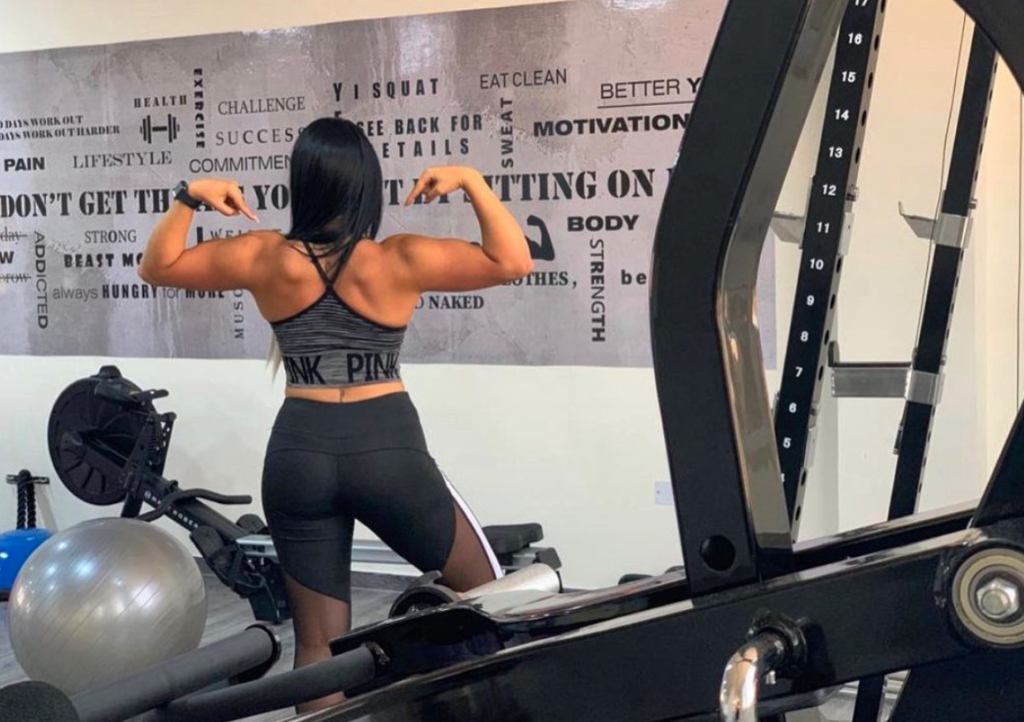 (FUHEIS, Jordan) — In the evergreen city of Fuheis, known for olive businesses and the largest cement factory in The Hashemite Kingdom of Jordan, there was a need for a women’s-only gym where they could feel safe and comfortable.

Ahlam Assaf, a 25-year-old personal trainer, took it upon herself to fill that void by opening She’s Fit Gym in 2019.  Previously, Fuheis had strength conditioning gyms for men but no such facilities existed for women. Assaf’s gym is a cozy space where you can hear her blasting out her favorite Arabic tunes in the morning to welcome clients, or as she calls them, family. 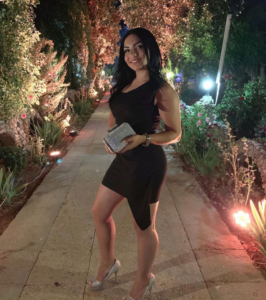 Assaf prides herself on her Jordanian roots while she empowers women by breaking the stereotype of what it means to be an Arab woman.

Assaf, who has a bachelor’s degree in Italian and English language studies, always had a passion for fitness. Her journey began when she played basketball for her high school team. In university, she was on the swim team, and once she graduated, she saw a business opportunity that led to her current career. Assaf has her certification on personal training in levels 1,2, and 3.

The gym is her stress reliever, and her clients keep her going. “My clients are not my clients; they are my friends. If I can help with anything, I do,” says Assaf. With over 32,000 followers on Instagram, Assaf considers herself a voice for women empowerment in Jordan. “Us women have the abilities to go above and beyond, and we should,” she says.

“Ahlam is one powerful woman, she’s so passionate about what she does, and she coaches us with so much motivation making us feel unstoppable,” says Sarah, a client of hers.

While Assaf’s clients and fans on social media support her, many critics on social media attack her for her physique and training style. “Fitness in the Middle East, in general, is seen as skinny, which isn’t always the case; I want to show you can be fit and curvy, you can lift heavy and be feminine, you can do everything.”

Breaking stereotypes can lead to backlash. When Assaf posts about her workouts, physique, and how much weight she can lift, she receives negative messages — mostly from men that could throw her off such as  “[They say] I am bulky, unladylike, that I look like a man,” Assaf says. “This doesn’t bother me; on the contrary, it motivates me. You’re a man and can’t do what I am doing or can’t lift as heavy as I can. Again, I am breaking stereotypes, so this pushes me.” 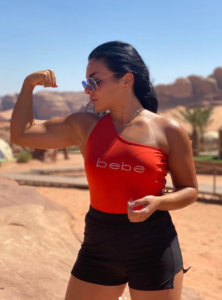 With the negatives of social media comes the positives: Assaf is the source of daily inspiration to many and, in turn, they further fuel her motivation. Her followers and clients keep her accountable as she claims she “works well under pressure.” Rozalia Naffa, a client, says, “Ahlam doesn’t just train ladies, she encourages them to go beyond their limits, in every aspect of their lives.”

To expand her reach and message, Ahlam Assaf wants to compete in the next Cross-Fit games in Egypt, has made her own protein bars, and is coming out with an activewear line. Her ultimate goal is to become a global name and powerhouse in the fitness industry and reach a wider group of Arab women.