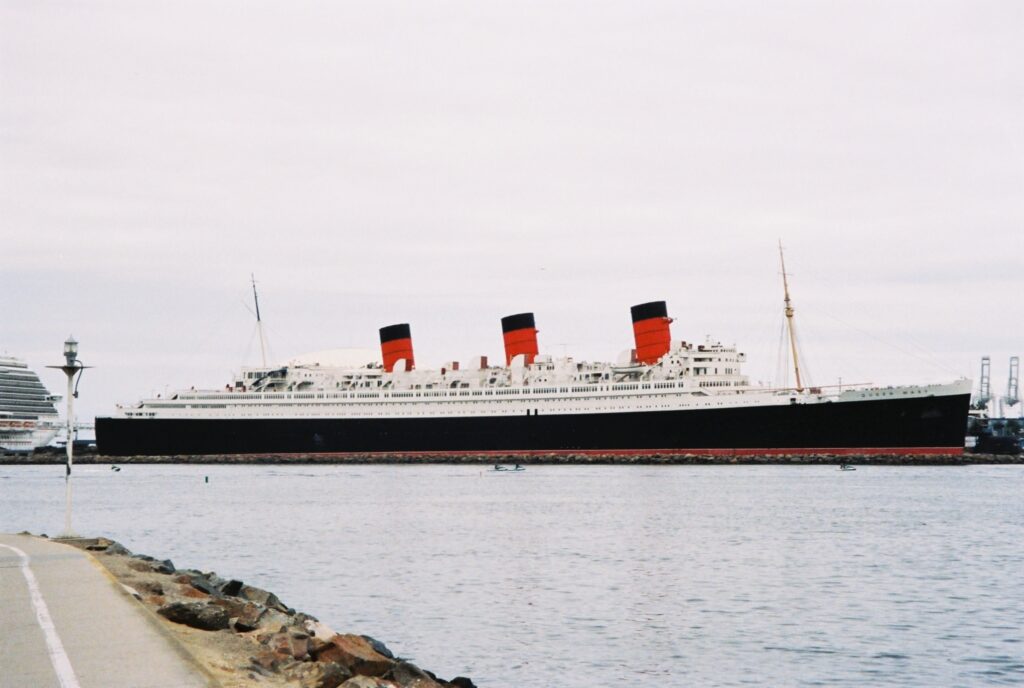 The Queen Mary, A Historic Landmark Barely Holds On

(LOS ANGELES, Calif.) — Docked in the port of Long Beach, the historic RMS Queen Mary floats like a ghost on the Pacific Ocean. The extra large vessel that stood there for 55 years requires many immediate repairs that are expected to cost up to $500 million dollars – a cost that experts say is a sign that the ship’s days are numbered.

After gaining control of the vessel in 2021, Long Beach City Council voted to allocate $5 million toward the ship’s crucial repairs, which include removing 20 lifeboats, making updates to the ship’s bulkheads, and other aesthetic repairs such as flooring and painting upgrades. Restoration of the Queen Mary commenced in February and while the city of Long Beach announced their plans to resume free guided tours on Dec. 15, experts are concerned that the cost to maintain the safety of the ship and continue vita repairs will balloon to the cost of $23 million.

Built in 1930 in Clydebank, Scotland, The Queen Mary was initially known as job 534 but was eventually named after Great Britain’s Queen Mary of Teck –  although it was supposed to be named after Queen Victoria of Great Britain but didn’t because of a mixed up of the names, according to The Queen Mary website. The ship transported more than two million people from all over the world, including 810,000 during World War II, and retired in 1967 at the port of Long Beach, according to the Queen Mary website. Prior to the pandemic, The Queen Mary was a popular tourist attraction with a hotel and restaurant inside that has welcomed nearly 50 million visitors to date. 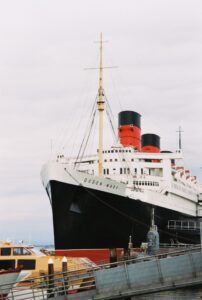 The city of Long Beach obtained complete control of the ship for the first time after Eagle Hospitality Trust – a Singapore-based real estate investment company created by Urban Commons – filed for bankruptcy in 2020. They couldn’t afford the cost of damages to the ship that were caused while it was closed during the pandemic, according to The Los Angeles Times. In June, the city entered a five-year contract with Evolution Hospitality who will work with the city to manage the day-to-day oversight of the ship, according to the Long Beach Post.

In November 2016, the City of Long Beach approved $23 million for critical repairs that came in the form of cash reserves and city-issued bonds, according to a November 2021 report by Long Beach city auditor Laura L. Doud. The money was spent, but Doud estimated that 20 out of the 27 projects promised to be completed were not and are still considered critical projects, according to the report.

“Moving forward, the City needs to acknowledge these observations and implement these recommendations to ensure that the issues detailed in this report are not repeated,” Doud said in the report. “If public funds continue to be spent on the Queen Mary, the City needs to ensure the funds allocated for this asset are safeguarded and spent according to best practices and in line with City policies,” said Doud.

Former Queen Mary inspector Edward Pribonic, said he reached out to the city auditor multiple times about running a report for the misuse of funds and says he was ignored. “Money disappears, bad things happen. They do not want to go back and find out who did it because they [the city] all did it,” said Pribonic.

In April 2021, Long Beach filed a lawsuit against one of the ship’s previous operators, Urban Commons, claiming they left the ship in bad condition and failed to show how they spent the $23 million from years prior. The city claims that Urban Commons has not provided sufficient proof of how they spent the money, according to The Santa Maria Times.

Pribonic described the condition of the ship as “catastrophic.” In his 25 years working as an inspector for the ship, Pribonic says that his monthly reports were only addressed once and the other scathing analyses were swept under the rug. 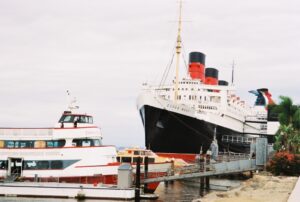 “There is a lot of history there. A lot of films, movies, and events but it can’t be done anymore,” said Pribonic. The city terminated their contract with Pribonic in 2020 around the same time that his inspection reports started generating attention, according to The Long Beach Post.

Despite his multiple attempts to warn the city, Pribonic says he received the same response from city officials: “‘Everything is good, we are working on it, and we will be open,’” he said they would tell him.

Joey Ralph, who docks near the port of Long Beach, feels the Queen Mary is historically significant, but very costly for the city. “There’s a lot of historical significance in TV and film, and that’s what Los Angeles is known for. But I think at this point it’s too far gone,” said Ralph.

Pribonic says even a walking tour would cost hundreds of millions of dollars in repairs before it can resume.

In November, the Long Beach City Council voted to allocate another $1 million in repairs making the total, thus far, over $5 million dollars in Tidelands funds and funds from events and filming, according to The Professional Mariner.

Pribonic believes the ship and its lifeboats are too far gone and should be scrapped. The lifeboats “are so badly deteriorated. I was afraid they were going to break off and kill someone,” he said.

As a part of its restoration plan, in May, the city of Long Beach removed 20 lifeboats from the ship “to improve the structural integrity of the ship,” Vallejo said. According to The City of Long Beach, these lifeboats – historic relics of the ship – were taken off the ship because of the toxic lead-based paint used and to ease some of the excess weight. Some of the lifeboats were saved, while the city attempted to auction some off but were unsuccessful, according to KTLA.

“I think the rhetoric around ‘let’s sink The Queen Mary’ and ‘let’s recycle it’ is irresponsible and significantly more costly,” said Vice Mayor Rex Richardson during the city council meeting.

The council also discussed the possibility of a gambling or casino operation on the Queen Mary as a part of their plan to increase funds and tourism. When discussing the possible short and long-term options for the ship, City Manager Tom Modica stressed the importance of managing the onboard facilities.

“The city has always understood the benefits that the ship has provided, from its historical significance to its continued interest as a tourist attraction. The vessel continues to offer something unique to visitors of all ages,” said Johnny Vallejo, the acting director of the Economic Development Department of Long Beach and oversees The Queen Mary along with the Long Beach City Council.

The Queen Mary has an “economic impact” on the city and brings visitors to the waterfront to support various restaurants and storefronts throughout Downtown Long Beach. “We believe the reinvesting revenue generated and supported by the Queen Mary back into the ship will provide an opportunity to extend the life of the Queen for years to come,” Vallejo said.

Many have documented their stay on the historic ship. The popular show “BuzzFeed Unsolved Network” hosted by comedians Shane Madej and Ryan Bergara, covered The Queen Mary in their video  “The Haunted Decks of The Queen Mary,” where they spent a night on the ship in hopes of capturing a haunted encounter. The duo documented the night in the ship’s most haunted room, cabin B 340, and amassed over 18 million views on YouTube since its premiere in 2017.

As threats of The Queen Mary’s fate have circulated throughout the years, many petitions and social media groups were created in support of and against preserving the ship. The Click reached out to the groups for comment. 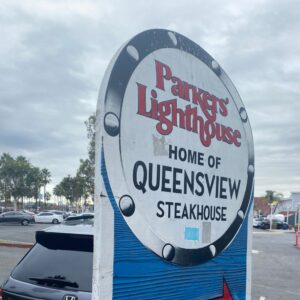 Many of the nearby businesses have used the ship’s name in the title to show their connection to the tourist attraction. Parker’s Lighthouse is home to The Queensview Steakhouse, which sits across the harbor from The Queen Mary, giving customers the perfect view of the historic ship. If The Queen Mary left Long Beach, the restaurant would still keep its iconic name, said Michael Cole, the general manager.

“The Queen Mary has been something that’s a part of the restaurant since 1983. It’s been a tremendous asset and a local draw here for the city of Long beach for many years. Hopefully, they’re going to find a way to keep it here and refurbish it and do what they need to do to get it back to where it was,” Cole said.