Sam Bankman-Fried in an interview during the Bitcoin 2021 conference.  [Credit: Cointelegraph, CC BY 3.0]

(PHOENIX) — Millennial crypto billionaire Samuel Bankman-Fried caught people’s attention when he donated more than $10 million to an unknown and first-time political candidate running a Democratic primary for Congress in Oregon.

A self-professed follower of a social and philosophical movement known as effective altruism, Bankman-Fried claimed his goal was to give away all his money to charity and, more recently, political donations.

“I think effective altruism is great, and it has been my guiding principle for forever, and so I think that’s just the first thing to say,” Bankman-Fried told Rob Wiblin in the 80,000 Hours podcast. The episode titled “Sam Bankman-Fried on taking a high-risk approach to crypto and doing good” aired in April of this year.

But his Oregon candidate, Carrick Flynn, lost the primary, and now six months later, Bankman-Fried is broke. Both he and his crypto company FTX are under investigation for fraud.

Two days after the 2022 midterm elections, Bankman-Fried tweeted an apology about his handling of FTX.  “I’m sorry. That’s the biggest thing. I f****ed up and should have done better.” The next day, he tweeted that he filed for bankruptcy for FTX, FTX U.S., and Alameda Research.

Part of the investigation is looking into whether Bankman-Fried lent $10 billion of customer deposits to Alameda without the customer’s consent. This violates U.S. security laws and is also against FTX’s terms of service. And this wasn’t the first time Bankman-Fried was under investigation, but the reorganization opened up more questions about the legitimacy of Bankman-Fried and his companies’ funds.

Overseeing the bankruptcy of FTX is John Jay Ray III. Ray supervised the Enron debacle, in which fraudulent accounting practices led to the energy trader’s December 2001 bankruptcy, the largest ever at that time. Ray described it as a series of disasters in his court filing with FTX’s handling as the worst he’s ever seen.

“Never in my career have I seen such a complete failure of corporate controls and a complete absence of trustworthy financial information as occurred here,” Ray wrote in his scathing filing in the U.S. Bankruptcy Court for the District of Delaware.

Ray also wrote that this small group of managers at FTX were unsophisticated, inexperienced, and possibly the most compromised individuals he’s seen in his 40 years of legal and restructuring experience.

“These tech guys understand numbers but not politics,” said Henry Thomson, associate professor of the School of Politics and Global Studies at Arizona State University. “It could be that they just dunno what they’re doing,” Thomson said.

In addition to his large donations in the Oregon Congressional race, Bankman-Fried gave nearly a million dollars to candidates and over $38.8 million to outside groups in the 2022 midterm elections. He was the sixth-largest individual donor this election cycle, according to federal election data from the nonprofit site OpenSecrets.

Among the controversy swirling around Bankman-Fried and his large donations to Democrats, some called on lawmakers to return the funds that may have resulted from fraud. Regardless, there doesn’t appear to be any legal mechanism requiring campaigns to return the funds, Clara O’Neill of OpenSecrets said in an email.

Thomson said there is a hierarchy of who receives compensation when a company is in bankruptcy. The U.S. Securities and Exchange Commission website lists secured creditors as the highest priority, followed by unsecured creditors, followed by stockholders who have the last claim for assets of public companies.

When asked via email where the money would go if politicians returned the donations to FTX, a private company, an attorney representing Nardello & Co. said they couldn’t comment. Nardello & Co. is one of the five law firms involved with the FTX bankruptcy.

Thomson said many people lost money this year in the cryptocurrency market, and maybe a careful politician wouldn’t want to be associated with that.

Some in crypto thought FTX was trying to curry favorable regulations with his donations. In contrast, others in the effective altruism community, known as EA, felt conflicted about playing in the politics game, said an EA group organizer who’s worked with EA organizations. “I think they were doing sort of a blend of true philanthropic work and trying to support candidates that would give them favorable treatment,” referring to Bankman-Fried and FTX.

However, Bankman-Fried also made significant donations through his Protect Our Future PAC. The PAC’s purpose was to help elect candidates who supported pandemic prevention, an important issue for EA. And one that Flynn ran on. During the Oregon primaries, a thread posted on the EA forum titled, “The best $5,800 I’ve ever donated (to pandemic prevention),” launched a lengthy conversation about the dangers of getting involved in politics. Despite the conflicting feelings about politics within the EA community, the hope was that backing big political donations was a risk worth taking.

Some think it was short-sided, and others didn’t want to engage the ‘us vs. them’ mentality that those in EV think is pervasive in politics.

“The effective altruism thing, it sounds to me like there’s a kind of naivety behind it as well, right?” Thomson said.  “Like the idea that just by spending a bunch of money, you can solve these intractable social problems and break some sort of political gridlock that has very, very deep structural roots.”

But that was Bankman-Fried’s plan. He said he’d give up to $1 billion in the 2024 election on the What’s Your Problem podcast. “It’s really dependent on exactly who’s running where for what,” Bankman-Fried said.

The third largest contributor to this political election cycle was FTX. Bankman-Fried, Salame, and FTX director of engineering, Nishad Singh, gave over $70.1 million during the 2022 midterm elections. The three executives gave $57 million to Democrats and $22 million to Republicans. Bankman-Fried was the second biggest Democratic-leaning megadonor, and Salame was the 10th largest Republican donor.

In a recent interview with YouTuber Tiffany Fong, Bankman-Fried also claims he donated “about the same to both parties” but through dark money to Republicans. He told Fong he did it because he didn’t want the press to know “…because reporters freaked the fuck out if you donate to a Republican because they’re all super liberal.”

Regardless of Bankman-Fried’s real motivations for his massive political donations, he was, at one point, on Forbes’ wealthiest list and only 30 years old at the time. He followed and became a proponent of effective altruism and subscribed to the movement’s edict of “get wealthy to give it away for the greater good.”

But in just one day, Bankman-Fried’s entire $16 billion fortune was wiped out, the largest single-day collapse among billionaires, as reported in a recent Bloomberg article.

“The FTX story is just so interesting because there was such enormous sums of money that were accessible for this young man, and then there was nothing,”  Thomson said. He adds that most of the time, these wealthy donors’ wealth persists, and their influence persists. It’s just part of the backdrop of everyday politics in the U.S. “You can’t really blame the politicians because these people, it’s their job to solicit money and anyone who’s gonna give money. Cause they have to have money to win campaigns, right?”

If there’s anything positive in the situation surrounding Bankman-Fried and FTX, it’s for the EA community. The EA group organizer said there’s some relief about not being in the political game for now, to not being the center of attention after the FTX controversy.

“I think there was already a lot of discomfort with the political strategy here. We could either say it’s messed up and keep our hands nice and clean, or we could go in and save a bunch of lives. So which one are you gonna do?” the EA organizer said. “I think there’s maybe some relief that we are at least no longer playing that game.” 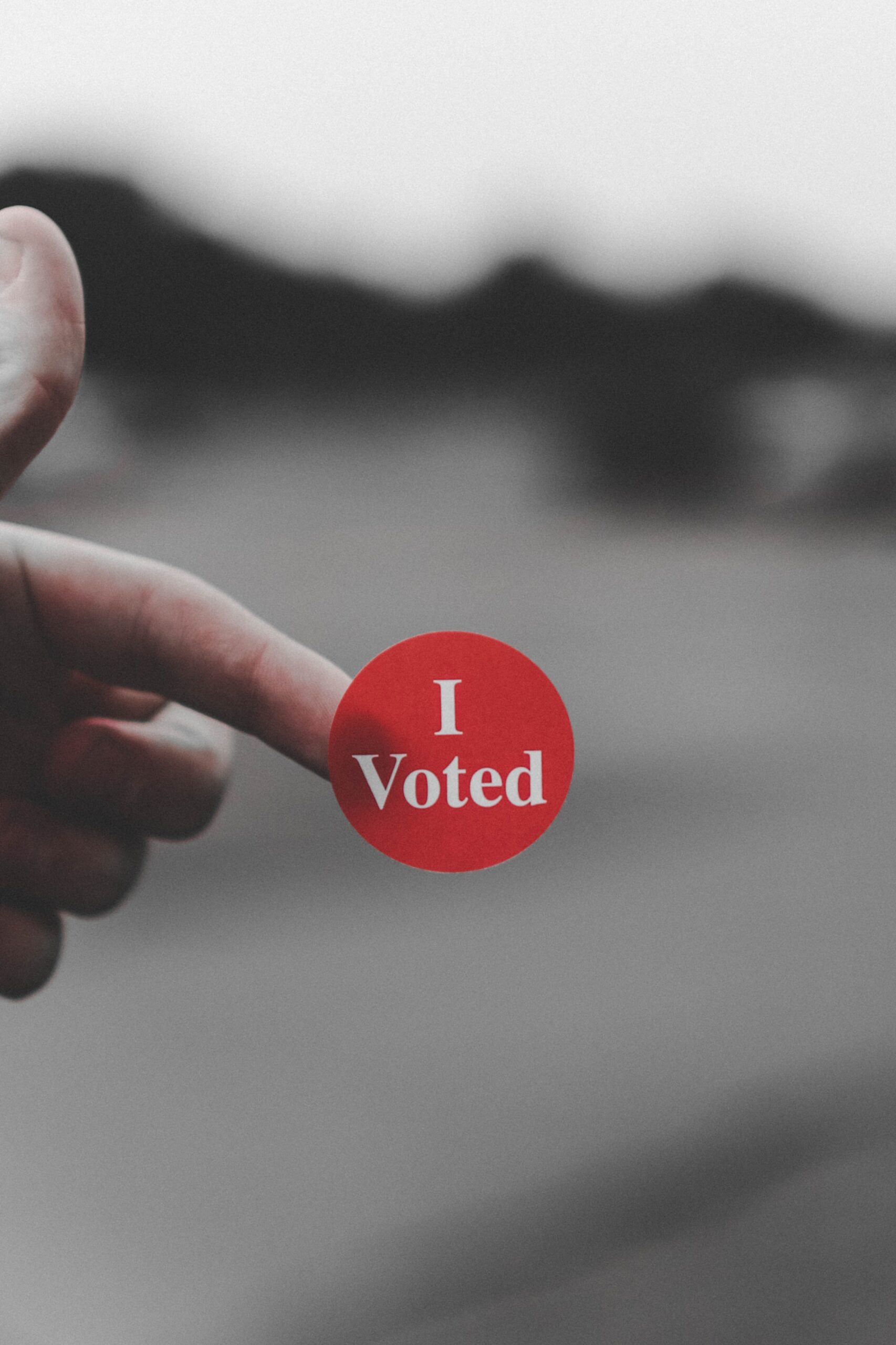 Indiana resident sued 26 government officials from 19 states in October over having to write in third-party and independent candidates whose names have not been pre-printed on ballots.