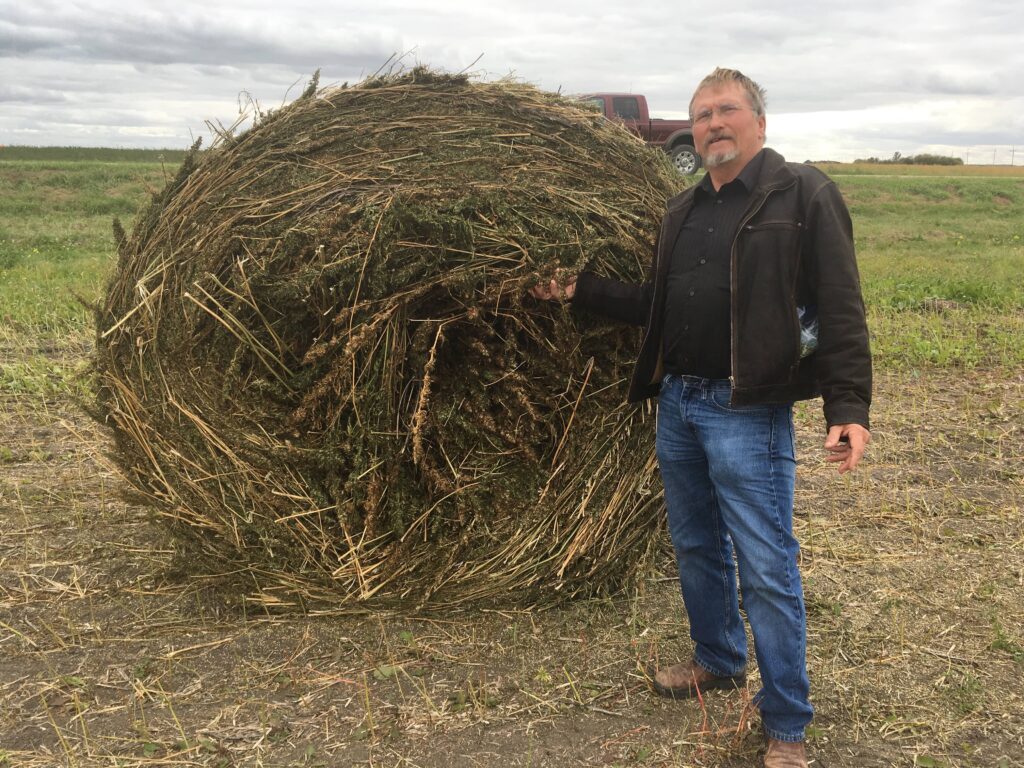 Johnson on his farm in southern Saskatchewan [Credit: Morris Johnson]

(Chicago, Ill.) — Morris Johnson, 65, had an epiphany at age 3. Standing by the table in his family’s Saskatchewan farmhouse, holding a pad filled with sketches and doodles, he said to himself, “I will never die.” That moment has motivated him ever since. Without that thought, he thinks he would have been a farm boy driving tractors and combines.

He is a farmer, but he plants things he believes will help people live longer. In particular, he grows hemp—not the varieties used to make rope, textiles, or biofuels and certainly not marijuana—but rather hemp nutraceuticals, foods with medicinal benefits. “[Hemp] helps many things, but when you combine it with any of thousands of other ingredients in precise ways, it actually does much more marvelous things.” These combinations, he claims, can “preserve and protect and enhance mitochondrial function.”

His hemp farm is in Beaubier, Saskatchewan —population 25— about 10 miles north of the U.S.-Canadian border. He commutes there from his home in Saskatoon— population 273,000— where he runs his nutraceutical company, Lifespan Research Incorporated.

Johnson believes in “radical life extension,” that aging is a curable genetic disease. If life can be extended even a little, then better cures will arrive, allowing life to be extended until better yet cures arrive. Live long enough—perhaps by taking Johnson’s hemp-based nutraceuticals—and you might reach what author Aubrey de Grey dubs “longevity escape velocity.” De Grey claims that “people in middle age now have a fair chance” of reaching this and living for a “thousand years.” 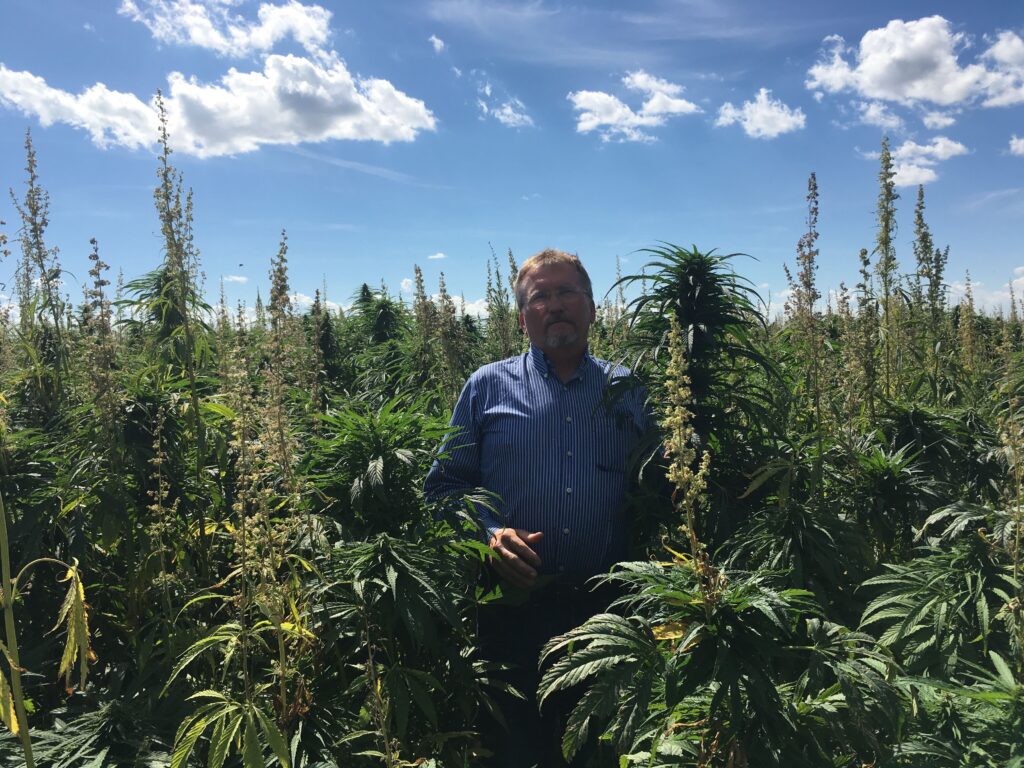 This idea might sound crackpot or cult-like to many, but researchers with unquestioned credentials from prestigious institutions such as Harvard University, the Albert Einstein College of Medicine, the Buck Institute, and MIT, also view aging as a curable disease and point to possible interventions. These researchers are more measured than de Grey, however, in their estimates of possible progress, suggesting lifespan extensions of perhaps a decade or two.

Johnson’s quest for immortality began when he was just 17 and began taking supplements like magnesium, vitamin E, brewer’s yeast, vitamin C, and folic acid. He claims to have cured his severe back pain in his 30s with his nutraceutical hemp lifespan bars.

His determination to find cures and extend lifespans has not always led to success. He was, sadly, unable to cure his wife of 24 years who died at age 45 from multiple sclerosis, a genetic disease that ran in her family. “I didn’t fix her. I totally failed.” He laments, “I was a miserable failure at fixing my own family.” Acknowledging that “well, I’m not a magician.”

Almost 50 years after he began taking those supplements, he takes tocopherols, folic acid and methyl donors, NMN, niacin derivatives, and his hemp products along with antioxidants and anti-inflammatories such as turmeric, curcumin, and garlic derivatives, approximately 30 supplements altogether. He is somewhat concerned about interactions, “combinatorial chemistry;” but he also worries about missing supplements that he should take, that there might be something “I’ve overlooked.”

Johnson isn’t planning to remain in Saskatchewan for all of his remaining years. At some point, he might be sent to “another location outside the solar system.” Perhaps to a place where “it takes a thousand years to get there.” When you arrive, “you want to be getting there in a shape where you’ve got another thousand years left in you.” Johnson acknowledges this is farfetched, but, “if you don’t give yourself unreasonable, tall expectations, you will never get there.”