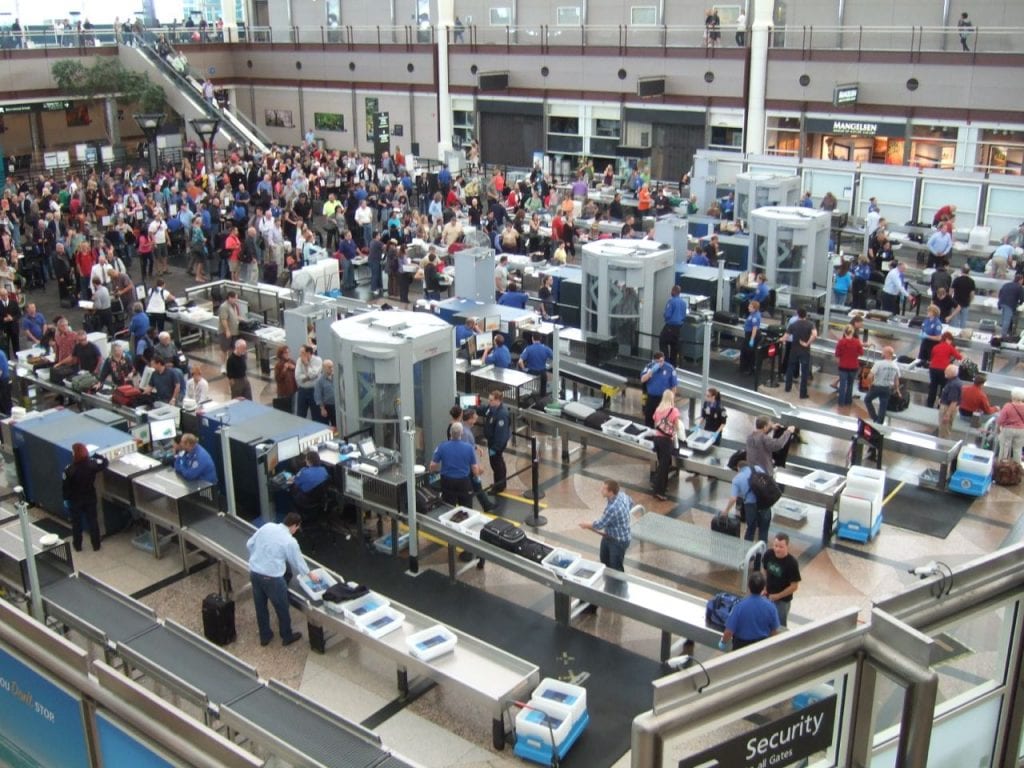 A Reporter Went Undercover to Test American Airport Security. Was it Worth It?

The U.S. spends billions each year on airport security. But what does it tell us about the true state of this security when an undercover reporter is able to smuggle prohibited items past The Transportation Security Administration (TSA) agents while using forged boarding passes and fake identification? That’s precisely what journalist Jeffrey Goldberg did in his seminal piece for the Atlantic, “The Things He Carried,” published seven years after the September 11th, 2001 terrorist attacks.

Why did Goldberg do it? Well, as he explains, he wanted to test his theory that measures put in place after 9/11 were simply for show – a kind of “security theater.” Risking arrest, not to mention a stiff prison sentence, Goldberg, at various times on his sojourns through airport security, carried cigarette lighters, dust masks, lengths of rope, nail clippers, matches from hotels in Beirut and Peshawar, pocket knives, eight-ounce tubes of toothpaste, bottles of water, wearable “beer bellies” of alcohol, and box cutters – the kind used as weapons by terrorists in the planes that hit the Twin Towers on 9/11.

While traveling, he packed al-Qaeda T-shirts, Islamic Jihad flags, Hezbollah videotapes, and inflatable Yasir Arafat dolls. He even, by a men’s room sink in full view of fellow fliers, made a show of ripping up a sheaf of counterfeit boarding passes.

None of this seemed to set off alarms among the people tasked with protecting us nor other travelers. Out of dozens of turns through security checkpoints, Goldberg claims he was selected for secondary screening four times. Only two items were ever confiscated: a pair of nail clippers and a can of shaving cream.

With the help of respected computer security professional and harsh TSA critic Bruce Schneier, Goldberg was also able to pass security with forged boarding passes. His experience reveals a flawed ticketing system where individuals on the “no-fly list” can pass security by buying tickets with a stolen credit card under a fake name, forge a ticket with their real name, then once in the terminal destroy the forged one.

“Technically we could get arrested for this,” he said, “but we judged the risk to be acceptable.”

After passing security, it is possible to enter the plane with the ticket under a fake name, Goldberg claimed, since there was no ID check when boarding. But could a terrorist do all this and board a plane? Some could, Goldberg proved, by slipping through this ticketing loophole in airport security.

While Goldberg could have relied on Schneier as the main source for the piece, revealing flaws and back-alleys around the security system, he approached his reporting differently. As an undercover journalist, testing the effectiveness himself in risky situations, he revealed security is more for show than actual enforcement. It would have been inadequate for him to trust the skeptical security experts of the TSA, but instead uses them as tools to write a well-balanced piece of undercover journalism.

Goldberg’s penetration testing, done undercover, unveiled vulnerabilities of a security system flawed with overlooked mistakes all around the country. He proved not only that undercover reporting is hard, ugly work, but that security was treacherous of travelers expectations to be safely protected by the TSA.

Examining security wouldn’t have been possible if Goldberg walked into airports identifying as a journalist with The Atlantic, curious about security’s routine work everyday. That would have resulted in an entirely different kind of story. Instead going undercover helped him  test the “security theater” all around the country.

“When it [undercover journalism] is done well,” Kroeger adds, “it is usually done in combination with documentary investigation, other ways of pulling out material, then you add this as a kind of theater, which brings attention to the material.”

The “security theater” testing by Goldberg brought attention to an important issue which may have gone unnoticed before without undercover reporting conducted. Reporting is weighted with more value when an investigation into an important issue can be backed by firsthand accounts. Journalists simply can’t claim an issue is flawed if they don’t test it themselves.

Even facing the potential of five years in prison for forgery, Goldberg’s reporting draws readers in as they are reading a firsthand account of a journalist risking his reputation and willing to pay the price in order to produce a worthy account of negligent security behavior. His intentions in the piece are to show there must be better measures taken with airport security for the safety of our country, only of which was attainable by reporting undercover.

Eleven years later, the piece is still relevant, considering our nation is still fearful of senseless acts of violence occurring at anytime. Goldberg’s reporting shined a light on the workings of a security force tasked to ensure the safety of our country and revealed that force can be careless, negligent, and ineffective. Yet, this does not reflect state of the art airport security due for an update, perhaps such a test is going on now, undetected, just as Goldberg accomplished. Efforts to reach Goldberg for the story were unsuccessful.

Even with the billions the U.S. spends on security, Goldberg was still able to prove “airport security in America is a sham” if individuals are able to travel with whatever they please. By going undercover, Goldberg was able to test security’s effectiveness firsthand, bringing these flaws to light, all accounted for without the need to reveal himself as a journalist.