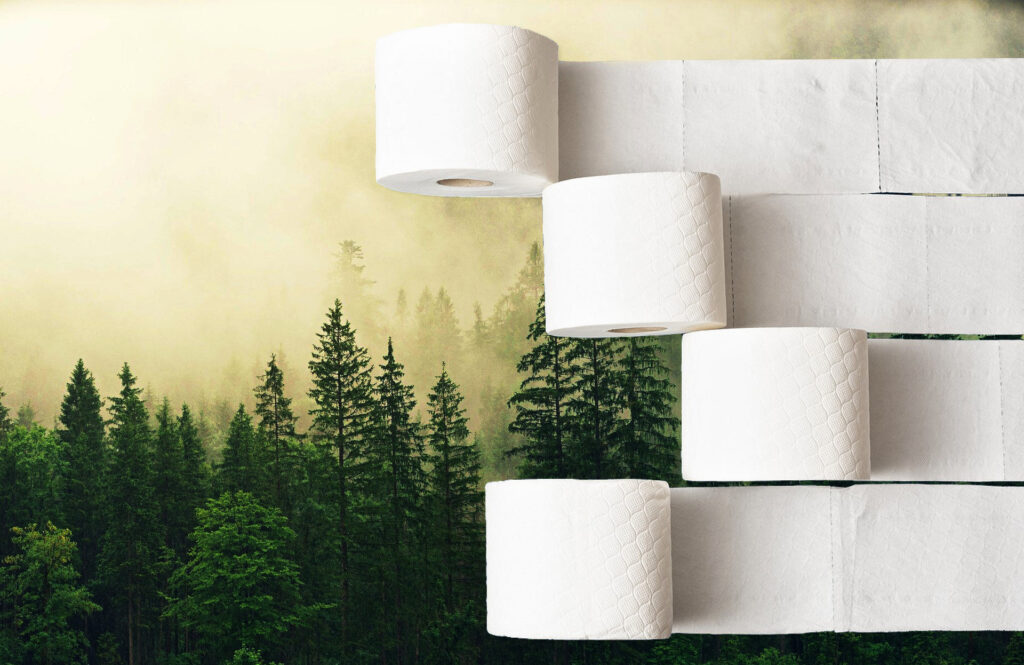 The Tree to Toilet Pipeline: Adding Insult to Injury

Shelley Vinyard wants you to stop flushing climate-critical forests down the toilet.

Vinyard is the Campaign Manager for the Natural Resources Defense Council (NRDC), an environmental advocacy organization taking on the likes of Procter & Gamble (P&G), Amazon, Walmart, and Target with their Issue With Tissue report and corresponding scorecard. The report reveals that the toilet paper hanging in your bathroom at this very moment likely came from the Canadian boreal forest, the world’s largest land biome, which stores 11% of the earth’s carbon.

But, she says, with a little savvy, you can be part of the solution to the problem. 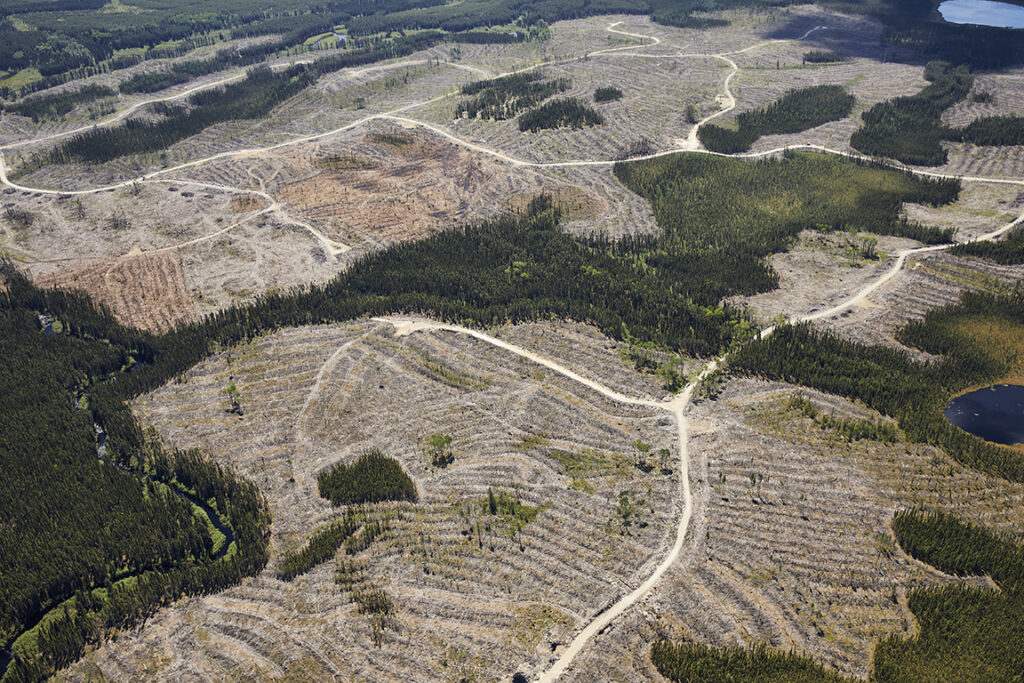 Photo of logging in the boreal forest by River Jordan. [Credit: NRDC]

The Click: Hi Shelley, can you walk us through some of the most important aspects of the Issue With Tissue report?

Shelley Vinyard: We wrote the report to raise awareness that major brands like Charmin and Cottonelle use boreal wood to make their tissue products. Most Americans don’t know much about the Canadian boreal forest, but it is the largest remaining intact forest on the planet and stores massive amounts of carbon in its soil. It is home to hundreds of indigenous communities whose ways of life have been interconnected with it for millennia. It is also a biodiversity hotspot, home to the boreal caribou as well as millions of North American migratory birds. It’s a vitally important place, and it is being clear cut at a rate of 1 million acres every year. That’s about the size of a footprint of a small house every second. The fact that many of the major brands make their toilet paper with wood from these boreal forests is appalling.

TC: Why do you think people remain largely in the dark about this issue?

SV: People just assume that something used so fleetingly must be made in a way that doesn’t harm the planet. Because toilet paper is a single-use product, most people don’t think about it at all. If they do, it’s more likely to be when they need their next roll rather than where it is coming from or how it is made. That’s why we’ve created this report – to help consumers make informed decisions.

TC: Your report grades tissue brands based on the amount of boreal forest they use to make their toilet paper. Which of them are the worst offenders? 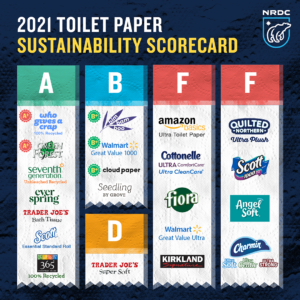 SV: The brands that are in the lowest grade on our scorecard are those that make their tissue products from 100% virgin forest fiber. So Charmin, Cottonelle, Quilted Northern, Bounty, those are all products that received an F on our scorecard.

TC: Could you offer some insights into why they use tree fiber instead of renewable sources like bamboo?

SV: These companies will argue that the only way to make toilet paper as soft and strong as consumers want is to make it from boreal fiber. But companies like P&G were the ones who introduced the idea to consumers that softness is something they should want back in the 50s and 60s, and now they’re using it as a reason why they can’t change.

TC: One of the common responses we hear from these companies is that they replant the trees they cut. How does that work?

SV: Most of the carbon in the boreal forest is stored in the soil, not in the trees. That carbon is locked into the soil over thousands of years, and any time the forest is logged, that carbon is released directly into the atmosphere. So what replanting trees ignores is that it takes years and years for trees to regrow, and even if you replant the trees, that’s not going to recapture the carbon released from the soil.

Logging also impacts various species that rely on the forest, like caribou. What we see is that the caribou don’t return to areas that have been previously logged. When industrial activity comes into their habitat, their populations start to suffer. So there are all of these other impacts to the planet that tree replanting just doesn’t address at all.

TC: I’m curious if you’ve seen any positive changes in the market since the Issue With Tissue report first came out?

SV: I think this is an interesting time. Kimberly Clark, one of P&G’s main competitors, earned an A on our scorecard for the first time because it is now offering a product made of 100% recycled content. Kimberly Clark is also testing a tissue product made from sustainably sourced bamboo. There are a number of new brands offering sustainably made tissue products, and they seem to be doing quite well. So there are positive shifts in the marketplace, and it’s just a question of how quickly the big tissue makers can get with the program.

One thing we can all do is vote with our dollars. Many grocery stores offer more sustainably made tissue products now. So if you’re going to the store, all you have to do is choose a product that doesn’t come at the cost of a climate-critical forest.