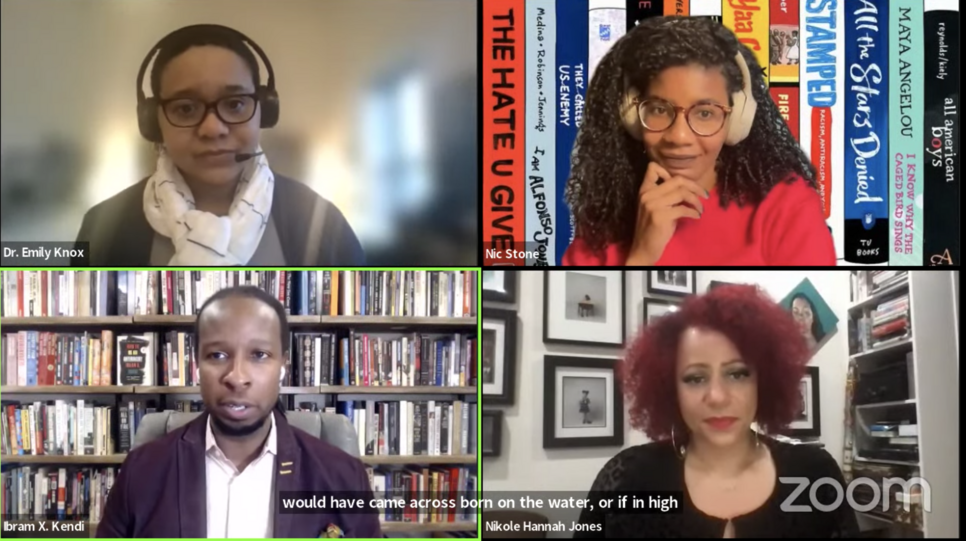 Book Banning is Not About Books, Authors Say

(BROOKLYN, New York)—This year, banning books in states across the country is at an all-time high.

Conservative lawmakers  and school board members across the U.S. have led efforts to remove certain pieces of literature from schools, sparking a controversial debate on the effect book-banning will have on children.

While book-banning is no new act, the form of censorship saw a resurgence in January following Tennessee’s McMinn County School Board’s vote to remove “Maus” — a Pulitzer Prize-winning graphic novel about the Holocaust — from its curriculum on Jan. 10. Members agreed that the material in “Maus” was not appropriate for students, The New York Times reported at the time.

On Tuesday, March 29, the book publisher Random House, in partnership with PEN America, hosted a panel discussion via Zoom to examine and answer the question: “When books are threatened, where do we turn?”

Calling censorship a form of “anti-history,” author Nic Stone was joined by Nikole Hannah-Jones and Ibram X. Kendi to share their thoughts. Each speaker had expert experience on the topic as their own published works had been banned.

“These laws are about restriction,” Hannah-Jones, journalist, Howard University professor and author of  “The 1619 Project” — a project from The New York Times, said. “What [conservatives] believe is that the more children are exposed to [the more they become] corrupt. If a child reads a book about a child who is gay, that will make that child gay and that is frightening and scary, right, or that if a white child reads about the history of slavery, then they may think we don’t have any white heroes and this will lose their status.”

Hannah-Jones added that book-banning is more about “social anxiety” than it is school curriculum. She added that the movement is “backlash to the protests of 2020” and “this feeling that these racial justice efforts have gone too far.”

Hannah-Jones argued that while the reality of America’s history is indeed scary, the only way to be better as a society is to become “knowledgeable” and “empathetic.”

“The people who are banning books don’t want us to have this understanding,” Hannah-Jones added.

Stone, who wrote “Dear Martin,” echoed similar sentiments, sharing: “This is why it’s so dangerous to wipe out history because it makes it easy to repeat… If you don’t know about the ugliness that can exist, it’s impossible to know what to avoid”

Speaking to the impact that censorship has on children specifically, Stone shared: “We’re telling kids that people’s experiences are invalid.”

Kendi, activist and author of “How to be Anti Racist,” later chimed in to stress the important liberation of reading in general.

“I think back to a book called, “A Short Account of the Destruction of the Indies.” It was really the first account to really document the genocide of native peoples. This book was critical in galvanizing support, particularly in Spain and for ending native slavery. I think of Phillis Wheatley’s poems on various subjects that were published in the late 18th century and how critical that book was to nurturing the transatlantic abolition movement. I’m mentioning these books that were hundreds of years ago because we never know what book has the capacity to transform our society and transform our world. So, when we are banning books, we are banning people from being liberated.”