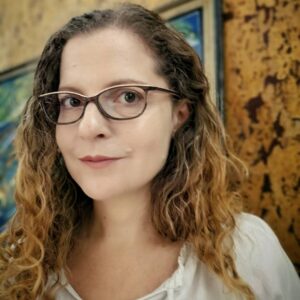 Theresa Boersma is a China-based journalist and entrepreneur. She is exploring how technology is reshaping global conversations across industries, cultures, and communities.

Theresa’s career in journalism began as a television news anchor in Dalian, China over a decade ago. In 2017, she started a company to support her media ventures, and in 2018, she was selected to represent Changzhou, China in the official video series for the Boao Forum for Asia.

Theresa graduated from the University of Washington with a B.A. in Interdisciplinary Visual Arts. She now lives in Changzhou, where she occasionally finds time to dabble in interactive art installations.