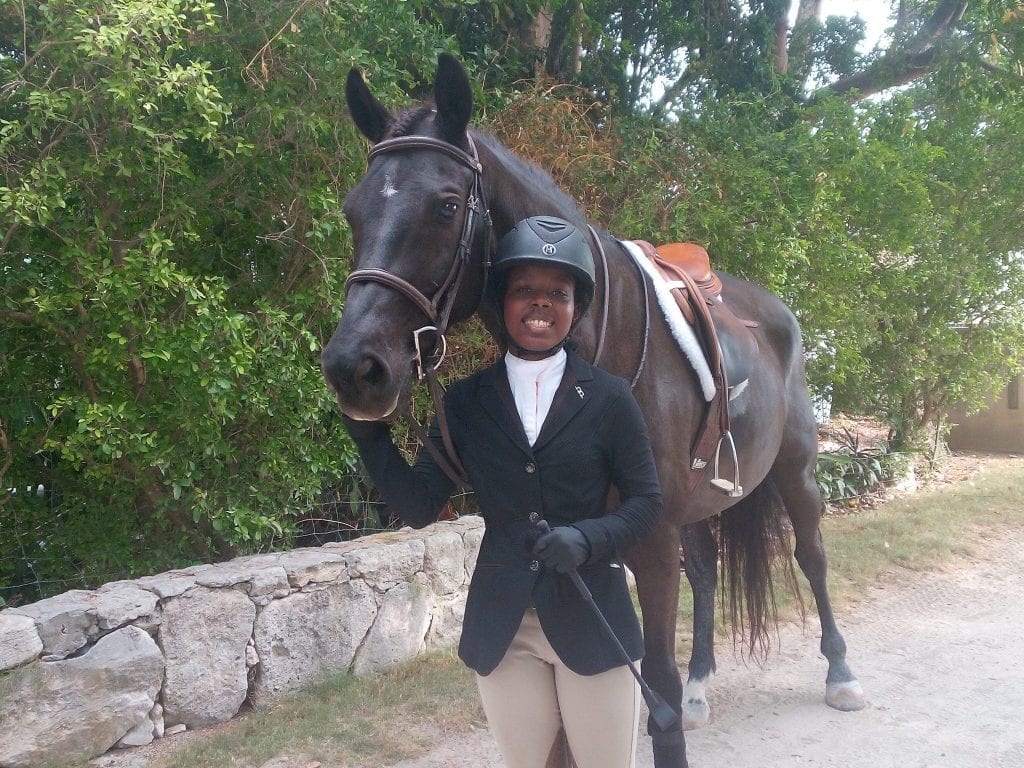 These Young Riders Are Not Just Horsing Around: Equestrian Sport in The Bahamas

NASSAU, The Bahamas – If the words “horse show” conjure proper British riders in top hats or horses prancing in the Kentucky hills, Equestrian Bahamas and the Camperdown Equestrian Centre are proving that the sport is just as fit for the tropics.

Camperdown Equestrian Centre is a not-for-profit riding facility that was founded in 1970 in the Camperdown neighborhood in Nassau, The Bahamas. Equestrian Bahamas, which became a federation in 2013, has partnered with Camperdown, The Ministry of Youth, Sports and Culture and the Bahamas Olympics Committee to bring more awareness to the sport, more international exposure and to train riders and horses for international and Olympic events.

“Our main goal is inclusion,” said President of Equestrian Bahamas Catherine Ramsingh-Pierre. “That’s why we want to take this to the Olympics. [W]hen I was in high school, probably 40 percent of my high school class rode. Once the racetrack left, the sport kind of died. It’s come a resurgence now because it took us adult riders bringing our kids back to the sport.”

Although there is no longer a horse track in The Bahamas, what makes Camperdown and their horse shows different than others is that there is less of a focus on racing and more of a focus on building a connection and relationship between rider and horse. This was proven on Nov. 9 at Equestrian Bahamas’ Annual Horse Show Rated by Equestrian Bahamas.

“This is a two-athlete sport and that’s why it is such a wonderful sport because it teaches the kids empathy, patience,” said Ramsingh-Pierre.

The first class of the morning was for the Children’s Equitation Over 2’6” division, where riders and horses were judged based on their jumps. No. 414, Mila Sands and her mount, Double Take, won this division.

A student at Queen’s College, 13-year-old Mila, who has been riding for six years, said, “My mom rode for a long time,” when asked how she got into the sport. Double Take did not seem too interested in standing still much longer for an interview. Current Minister of Health Dr. Duane Sands was also in attendance. He left in a rush to attend a local baseball game, but not before telling his daughter Mila she did a “great job.” 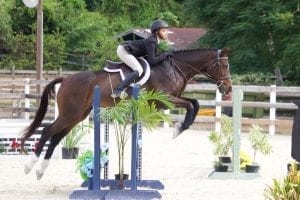 Stationed next to Mila, on her horse Entourage also known as Astro, was No. 410 Alexis Neymour, winner of the Marshall and Sterling Children’s Medal, which judges riders and horses for their execution of technical movements and manners rather than their jump.

“I was so nervous because of some bad courses in the past,” said Alexis, as she sighed and shook her arms. “I was nervous in my first course today, but I felt more at ease for my second course after realizing I was able to get the first one over with.” Alexis’ mom even shared how nervous she was but also how proud she was of her daughter.

Alexis’ nerves may have been shared by two horses that did not want to complete the course, ultimately disqualifying their riders, which Ramsingh-Pierre attributes to the creature’s temperament.

“[Ponies] have very different personalities than horses. They tend to be more stubborn and sometimes they have a mind of their own. So, at seven o’clock this morning when [the pony] was warmed up, he jumped everything in the ring. In his mind, he said, ‘I’m done. I already did it. You asked me to do it and I already did it. Why am I out here, again?’” 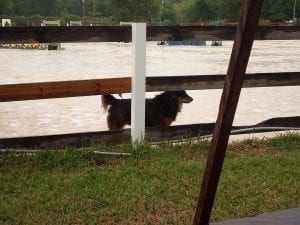 But, while the ponies were catching stage fright, the real star of the show was barn dog, “Dumpetta,” a name she acquired after being rescued from the New Providence Landfill. This furry showstopper pitter-pattered her way through the ring from the stables on the northern end all the way near to the main road on the southern end, barking at passersby walking their much larger and more ferocious dogs. She pranced so much that at some point during an active class, one of the judges had to request on the mic that the dog be removed, even though she wasn’t on the horses’ radar.

“They’re very delicate creatures as large as they are,” shared Ramsingh-Pierre.

Lessons are available from as young as age three, as long as participants have the strength to control their body sitting atop a moving animal.

“They’re not going to go very far before they’re about six,” Ramsingh-Pierre explained. “At age six is when you can legitimately say we’re going to start progressing through the ranks. Eight to nine is a good age.” 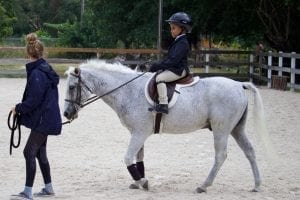 New equestrian mom, Allison Collie, gushed over her daughter, Madison Miller, a small child who held her own as she rode in her first showing.

“I have seen such a change in her,” said Collie. “Such confidence, even in her posture. I think we’re gonna stick with it.”

Although the spirit of the show was still going strong halfway through, it started to rain which brought the day to an early end. Nevertheless, the horses were safe and sound in their stable, quietly enjoying the cooler weather.

“We want Bahamians to know this [is] a sport for anybody who wants to learn,” said Ramsingh-Pierre.