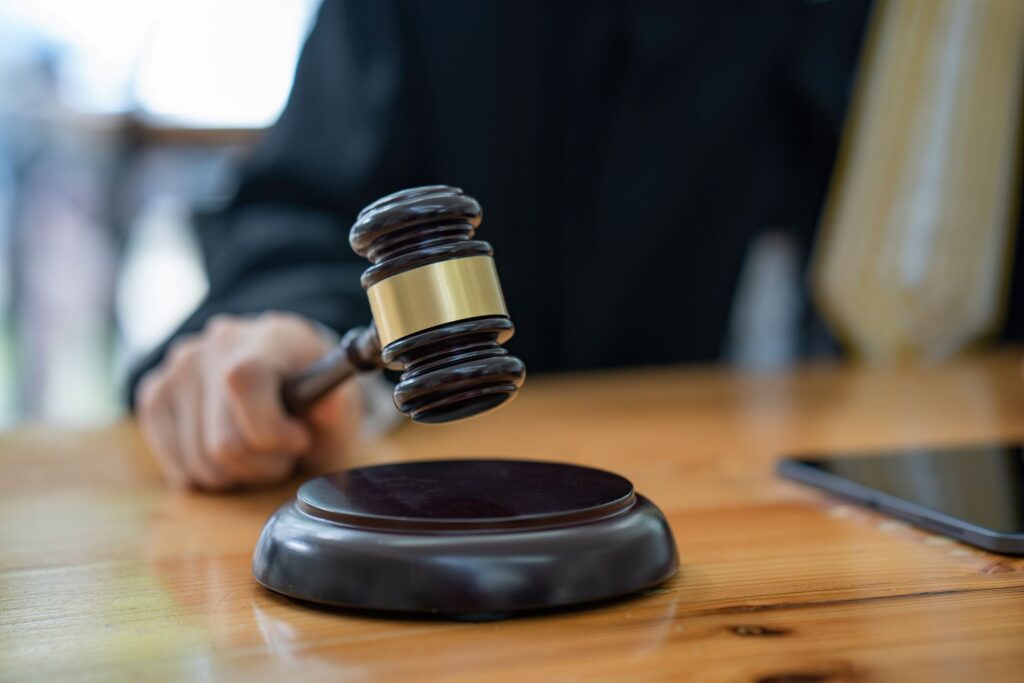 ‘They Wanted Me to Give Up My Child’: One Woman’s Journey Through Foster Care and Pregnancy

(ST. LOUIS) – Though it was over 13 years ago, Chrystylyn Schmitz still remembers each detail of the day, with her heart racing each time she recounts the story. She was 20 years old and a ward of the state of Missouri after entering the foster care system four years prior. Pregnant with her first child, she was looking forward to announcing to the social workers and the judge on her case that she was expecting a boy.

After routine court proceedings, she says the judge took her back into his chambers to talk to her. There, Judge Daniel Pelikan of the 11th Circuit Court of Missouri told her that he personally knew a family that was looking for a son and tried to persuade her to give her child up to them for adoption. Schmitz remembers leaving in tears, doubtful of her ability to be a good parent.

This is a common feeling for many parents and parents-to-be in the family care system. Families often enter the foster system due to poverty, charged with child neglect. Some activists draw a connection between efforts to restrict abortion care and those that criminalize motherhood, pushing people like Schmitz to turn their children over to wealthier families. With the Supreme Court opinion earlier this year in the Dobbs case, which overturned the 1973 Roe v. Wade opinion and the constitutional right to an abortion, there’s a resounding fear that the system will punish women for choosing to abort, while raising children in poverty will only worsen.

Today, Schmitz is in her early thirties and seems like a typical young mom. Her blonde hair has pink highlights on the ends, and she stares through stylish glasses with large round frames. To illustrate a point she’s making, she tosses off a “Mean Girls” quote. Though parts of her story are dramatic, she’s unassuming as she tells it, shaking her head in disbelief that all of this actually happened to her.

“It was really hard for her, but she has amazing children,” said Stephanie Kaneshima, Schmitz’s former foster sister who was in care at the same time. “She fought for what she needed. She made it.”

Schmitz says she originally entered foster care because her mother was unable to care for her and her father mistreated her. Since she was never adopted, she chose to age out of the program, which helped her get an apartment through the agency after she turned 18, so long as she stayed in state care.

Originally, she thought foster care might help her find a way to go to college as she’d always dreamed. “You’d think as a foster care kid they’d be like, ‘Oh, we can pay for your college!’ That’s not true. It doesn’t happen for foster kids,” she said.

When the judge told her he knew a “good” family who wanted a son, she recalls feeling like he tried to sell her on what a wonderful home it would be for her child. “He said that they are really good parents, they could provide him with all of these things. He would already have a college fund,” she said.

A person professionally familiar with the case discussed the incident on the condition that they not be named and confirmed the details of Chrystylyn’s account of that day.

Schmitz walked away wondering if the judge was right that her child would be better off with someone else. But she’s come a long way since then. She has a husband and three children, a nice house, and her own successful home daycare business. “He convinced me that I was never going to be able to provide for my son. But it’s like they wanted me to give up my child to a family in the exact life I now live,” she said.

Schmitz wasn’t just being paranoid. One study showed that mothers in foster care have a much greater risk — seven times higher by the time the child is two — of losing custody of their children than other teenage moms. The lead author on the study, Elizabeth Wall-Wieler, told Reuters that  25% of new moms in foster care gave up custody within one week of giving birth, highlighting a systemic problem. After only a week, they “have not had the opportunity to parent their child, so the child was not removed due to lack of parenting abilities but rather an anticipation that they would not be able to care for their child or lack of resources,” she said.

Dorothy Roberts, professor of law and sociology at the University of Pennsylvania and author of a book about how the child welfare system destroys families, sees the design of the system as intentional. She maintains the system is an outgrowth of slavery, not unlike mass incarceration in the U.S.

Schmitz’s struggles didn’t end with the birth of her son. In 2012, she got pregnant again. Though she thought she might want to have another baby, she was afraid she couldn’t provide for two children as a single working parent. She considered both options of having an abortion and raising a baby.

She worked two jobs at the time, at her son’s daycare and at a Walgreens pharmacy. She remembers having morning sickness so severe that her workstation at Walgreens had a trash can for refuse on one side and a trash can for vomit on the other. Schmitz had health insurance through Walgreens, but in 2012, though the Affordable Care Act had passed, the clause that would ensure pregnancy is covered under all health insurance plans did not kick in until 2014. “I never imagined that an insurance plan wouldn’t cover pregnancy for a healthy 24-year-old,” she said.

Medicaid typically covers uninsured pregnant women, so Schmitz applied, but her acceptance was delayed. She asked a family friend to loan her money for an abortion, but they refused for “moral reasons.” She started researching home births.

One day, a co-worker saw her crying at work. When Schmitz told her what was wrong, the woman came back with names of several clinics and told Schmitz they offered free healthcare if you are pregnant. Schmitz isn’t religious and knew her colleague was and that the clinics were likely the religiously-minded “crisis pregnancy centers,” often called “fake pregnancy clinics” by supporters of reproductive rights. But she didn’t care. She wasn’t gaining weight and was desperate to see a doctor, so she quickly scheduled appointments.

One of them, ThriVe, seemed like a regular doctor’s office, and a nice one at that. In a beautifully decorated but empty waiting room, she filled out medical questionnaires as she had before, during visits to doctors’ offices and Planned Parenthood.

Two techs immediately ushered her in for an ultrasound. They pointed to the screen and said, “There’s your baby’s face, there’s your baby’s foot.” Schmitz provided The Click with sonogram photos from that day. At the time, she asked how many weeks along she was, but the ThriVe employees said they could not tell her precisely because they weren’t physicians. They promised to save the photos and see if they could track down a doctor to take a look.

Since it was her second pregnancy, Schmitz had experience in reproductive care and knew exactly what she medically wanted and needed: “Is there anything you can give me to stop puking? Is this a healthy pregnancy? Can you give me a glucose test?” she asked. “They seemed dumbfounded.”

When they tried to give her brochures on parenting and a Walmart bag filled with onesies, she walked out. “I took off work and went to these facilities advertising free healthcare and medical assistance,” but it was a “waste of time,” she said.

Through a friend, Schmitz found a kind OB-GYN who said he would treat her and was willing to wait until “when or if” Medicaid coverage came through for reimbursement. In her seventh month of pregnancy, she was finally accepted by Medicaid. She gave birth to her daughter in a hospital in April 2013.

Years out from what some would call “crisis pregnancies,” Schmitz has a unique perspective on what it’s like to be an expectant mother living in poverty.

She scoffs at the idea that overturning Roe v. Wade will give the pool of adoptable babies the boost that some anti-abortion advocates, and the Dobbs opinion itself, suggest it will. Missouri comes in 31st among the 50 states in infant mortality outcomes. “Women are not going to give birth to healthy babies. And their children, if they are born alive, aren’t going to be given up for adoption. What they’re going to get is a lot of women struggling,” Schmitz says.

She should know. Her own mother, who was diagnosed with a mental handicap as a child, was unable to adequately care for her three children. Throughout her life, Schmitz’s mother has suffered domestic abuse and drug addiction. When Schmitz was around 13 years old, she watched her mother choose abortion over having more children.

“I’m proud of her for that. I could not imagine what responsibility would have been on me if I had had younger siblings who had to go through this.” Though she has two younger brothers, the siblings are all less than three years apart. She thinks her life would have been very different if she’d had a much younger sibling she felt she had to protect.

Schmitz also wonders how things might have gone if the system was set up to support poor moms rather than punish them by taking away their kids. When she was in foster care, she observed all the money and assistance that foster families got to care for her. According to the Missouri Department of Social Services, the current payment to foster families for housing for a teenager is $630 per month, plus a yearly clothing allowance, respite care, and medical care for the child.

“If only my mom would have gotten that same support, it would have been different,” she said.