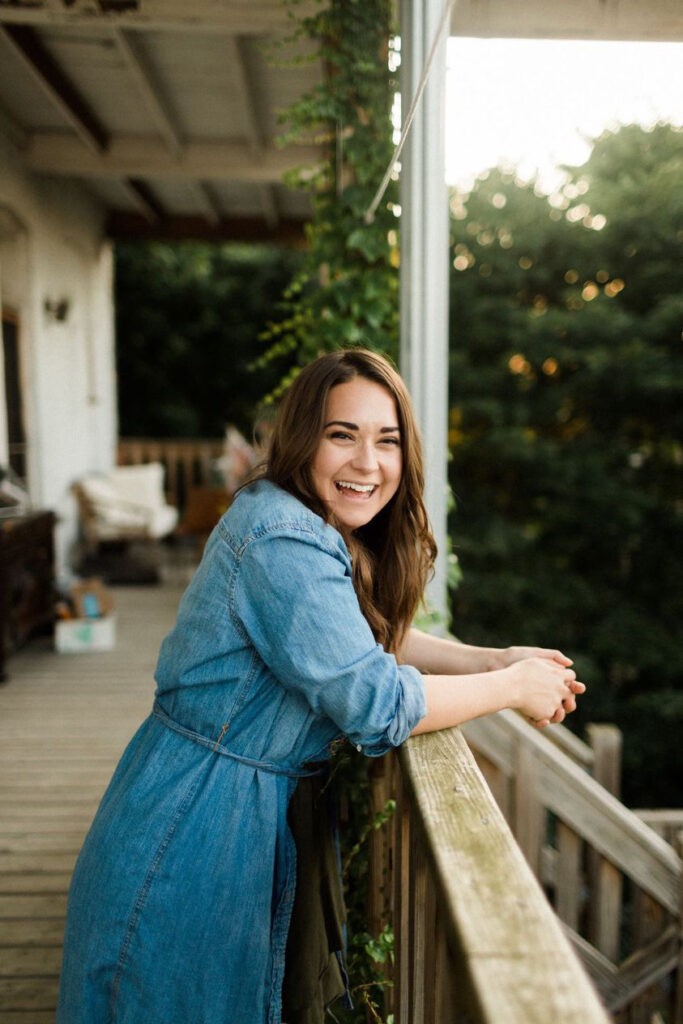 (TORRANCE, Calif.) — In 2017, Chloe Daniels started a blog to chronicle her experience getting treatment for anxiety, depression, and PTSD. She shared the ups and down with about 2,500 followers who found her on social media for two years. But as her health began to improve, she began to focus on the one thing that still weighed on her mind: debt.

Daniels owed almost $70,000 for her school and car loans.

“I wanted to take a break from work and travel for a year, but I knew there was no way I could do that if I had all that debt,” Daniels said.

And she knew enough to know she wasn’t alone. About 80% of adults are in debt, according to financial experts.  CNBC reports that Americans owe approximately $2 trillion in student loans alone. Some hope that President Biden will cancel student debt, but in the meantime, Daniels and others have turned to social media, specifically TikTok, to try and dig out — and maybe even make a little money, too.

And Daniels is now one of the people they turn to. As her mental health improved, she started shifting her blog’s focus to finance by sharing excerpts of her budget and spending habits — and the questions came rolling in.

“I started creating more financial-based content and got to a place where I didn’t want to write about mental health anymore, just because that stuff wasn’t something I was struggling with as much as I used to, and I started to develop this passion for finance.”

Daniels then decided to permanently shift her blog focus from mental health to finance.  She learned more about the comprehensive topic by reading Millennial Revolution, a blog that teaches people how to retire early, listening to podcasts, watching YouTube videos, and reading books.

In 2021, she quit her day job as a communication consultant making approximately $130,000 to focus entirely on creating content about how to become debt-free, build generational wealth, and invest. She started a TikTok channel — CloBareMoneyCoach — and now has almost 70,000 followers. Daniels estimates that she makes between $15,000 and $50,000 monthly through brand deals and her investment course.

Daniels isn’t the only creator who has successfully monetized #MoneyTok, the hashtag that refers to the financial creators making content to help people learn how to grow a savings account, invest in the stock market, create a retirement plan, and other financial concepts that are rarely taught in school.

Bennett was inspired to start his business after working on a tax law case in law school that involved a paralyzed man who had been paying unnecessary taxes on his workers’ compensation for 14 years.

“I stepped into the picture around 2016, and it took me two years to solve the case, but I ended up getting him back over a million dollars plus interest in funds he had wrongly paid to the government,” Bennett said.

He used his money from representing that client to start his tax resolution and planning business with a partner.

“I probably spent three-quarters of a million dollars on advertising, and I didn’t even make that back,” Bennett said. “So we decided to get into social media, and I hired someone that convinced me to start doing TikToks.”

Fast forward to the present day, and Tyler Bennett is now “Tyler the Tax Guy,” with almost 80,000 followers. TikTok, he says, is “high engagement.”

His content caters to people who already have some knowledge about taxes, often discussing complex issues like crypto. But he also tries to make content for people who need entry-level understanding, including taxes. He sometimes discusses politics on his channel as well.

With the app’s help, his company made approximately $2.4 million that month and roughly $2.7 million in April.

“I felt like I was broke because I barely had any money in savings because the Dave Ramsey way was like take all of your money and throw it at debt, and I began to think that this wasn’t sustainable,” Sandquist said.

At the time, she only had $4,000 in her checking account and $30,000 in her retirement account. She had dreams of buying a condo and traveling but knew that wouldn’t be possible with her finances at the time.

Towards the end of last year, she came across one of Daniels’ videos discussing how to build savings for children, and even though Sandquist didn’t plan on becoming a parent, the video piqued her interest. She still had approximately $20,000 left to pay off her student loans.

Daniels’ free content taught the 34-year-old financial concepts like the difference between a Roth IRA and a traditional IRA, along with 401k contribution limits.

When Sandquist discovered that Daniels was launching an investment course, she jumped on it.

“I started that course thinking I’m broke and will never be able to retire,” Sandquist said. “But once you learn the language and the data and you start running your numbers, I calmed down a bit and thought, oh, I’m not off track,”

While completing the seven-week course, Sandquist invested $50,000 into index funds, a bundle of stocks from 500 of the largest publicly traded companies. She maxed out the contribution limit to her 401k and started contributing to a Roth IRA, which she previously thought she couldn’t do because of income requirements. She also improved her investment tactics.

Even though she completed the modules, she still has lifetime access to the material she learned and can get help from Daniels if she needs it.

Before she met Daniels, Sandquist, like others, was skeptical about sharing her financial information with a stranger online.  But after going through the process, she is glad she took that leap of faith.

“If you are concerned about sharing personal information, you have to be able to get out of your way,” Sandquist said. “You’ve got to get vulnerable; if that vulnerability is talking to strangers on the internet about your financial situation, then so be it.”

The risk of listening to these creators can be minimal, according to Sandquist. If someone isn’t interested in what these MoneyTok creators are teaching, they can unfollow them or not complete the course.

Daniels said that taking advantage of your time, especially when investing, is essential to growing income.