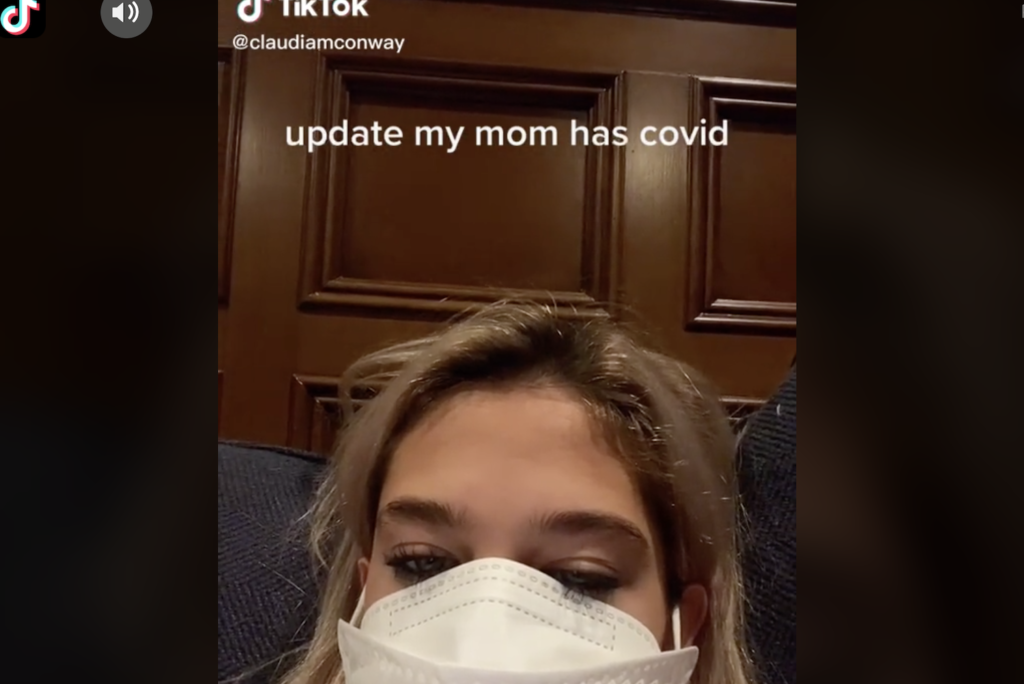 TikTok Is Serving as a Political Hotspot for Young People

(ATLANTA) — On Oct. 2, Claudia Conway, the 15-year-old daughter of former White House advisor Kellyanne Conway, shared a message on the short-form video app TikTok. This wasn’t a trendy dance or recipe, but rather breaking news: her mother had tested positive for COVID-19.

In a 60-second clip, Claudia appeared on camera wearing a face mask. She said nothing. Instead, she displayed the message in bold white letters across the top of the screen to her more than one million followers.

Claudia’s rise to fame on the app began in June 2020 when she posted a TikTok video supporting the Black Lives Matter Movement. Since then, she’s actively spoken out against her mother’s support for President Donald Trump and shared her perspective as a liberal living in a conservative household. She isn’t the first child of a famous figure to speak out against her parent publicly, but she is gaining a massive TikTok following because of it. Claudia is proof that TikTok is transforming into a political playground for new generations of outspoken, tech-savvy young people.

“My daughter came to me and asked who I voted for and began listing facts about each candidate for the presidential election,” said Reginald Burks, the father of a 10-year old daughter. Burks’ daughter informed her that she learned about the candidates from TikTok. “When I was 10 years old, I was concerned with sport trading cards, not the future president.”

Created in 2016, Tik Tok has grown to become the seventh-largest social media app, with almost 800 million users worldwide. As of June 2020, 32.5 percent of Tik Tok users are between the ages of 10 and 19. The videos posted on the app range from comedy sketches to choreography, tutorials, travel vlogs, and political commentary.

TikTok content creators have used the app to film and document public protests in support of Black Lives Matter and against police brutality. User @Suecothechild posted a one-minute clip with coverage of BLM protestors that got over 8.3 million views.

The app also hosts a range of conservative and liberal accounts like @Conservativehypehouse and @Liberalhypehouse. These accounts tend to feed off each other with their competing ideologies, all in the name of views.

By allowing the average citizen to give a play-by-play of events or to simply share their political beliefs to a large audience, TikTok has become a crucial platform for young people to seek out social causes and get involved in politics or, at the least, to openly disagree with their mom.