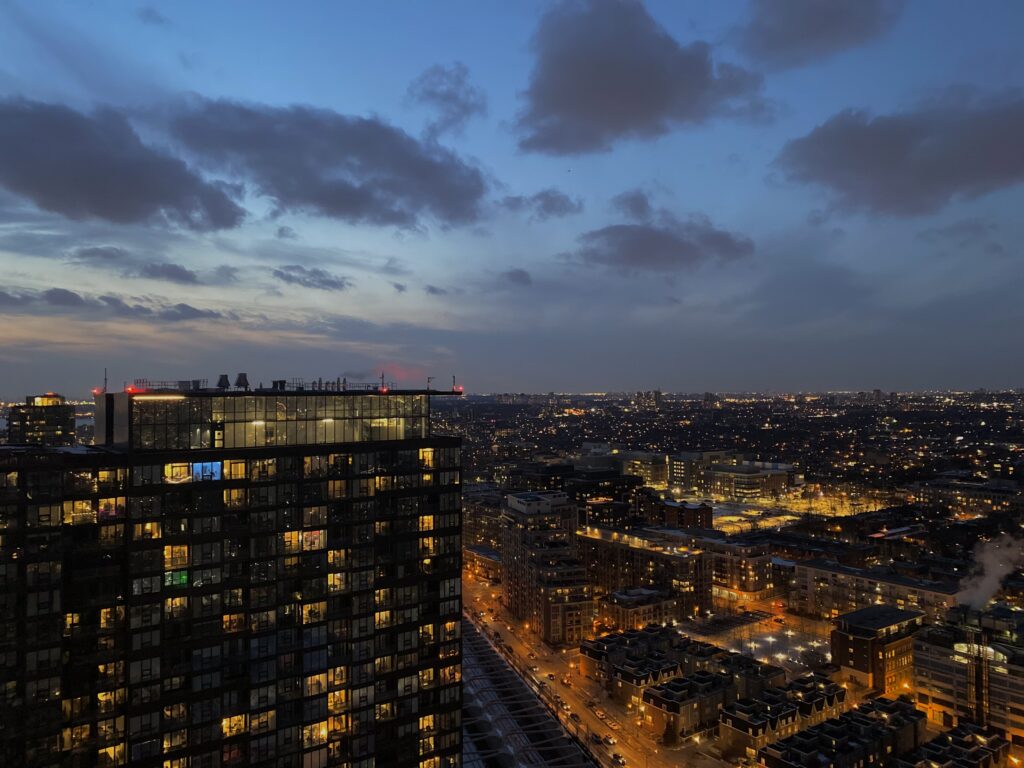 The view from a balcony in Toronto. [Credit: Vaishna Rajakumar]

Toronto Rental Prices Are On The Rise

(TORONTO, Canada)– As life in Toronto slowly shifts back to normal with universities, restaurants, offices, and the American border reopening, there has been a significant demand to live in one of the country’s busiest cities.

Blog Toronto reported Toronto rental prices are expected to increase 11 percent in 2022 despite a 20 percent decrease in 2020. A one-bedroom apartment in Toronto currently will run a renter approximately $1,938 per month, according to The Daily Hive.

“I remember doing work during July and August, and you’re seeing what we’re talking about like a $200-$300 jump in rental prices in the span of a little over a month because of [schools reopening for in-person learning],” said real estate appraiser Steven Correia.

“So it just had that kind of catapult effect where that one announcement skyrocketed everything because the students were flocking back and taking everything else vacant.”

During Toronto’s various lockdowns, rental prices dropped to an all-time low as businesses and workplaces shut, driving people out of the city and into the suburbs and their native countries. As those establishments begin to reopen, the prices have started to increase.

“For sure, once immigration starts coming back then obviously the lack of supply happens, it is going to increase that price to go back to what it was pre-COVID, which was astronomical. We’re talking about $2200, even $2400, in some places for a bachelor. And that’s, you know, most bachelors are sub 400 square feet,” said Correia.

Despite the rise in rental prices, Correia notes that in some Toronto areas, the rent has stabilized.

“Prices now have stabled off, they kind of flatlined. And in some places, they’re still trickling up. And there have been a few places where they’ve dropped like $50- $100 not not too much to have a significant effect on the market,” noted Correia.

The allure of living in Canada’s “New York” is another factor in the market increase, and many are finding Toronto unaffordable. One American woman who wished not to be named wanted to move to Toronto after visiting the city to see family and friends. When she looked for a place to live, however, she felt the city was out of her budget.

“And  my brother he said that like there were days where he wouldn’t eat because he couldn’t afford food because most of his money was going to rent and so it just really shows how expensive Toronto is especially when you’re just starting off,” she said.

The budding audio engineer hopes to move to Montreal instead as it is more affordable.

“Yeah, just like looking at rent, the amount they would pay you even though you’re working like 40 plus hours, and everything, it’s just not enough to pay rent and afford food,” she said.