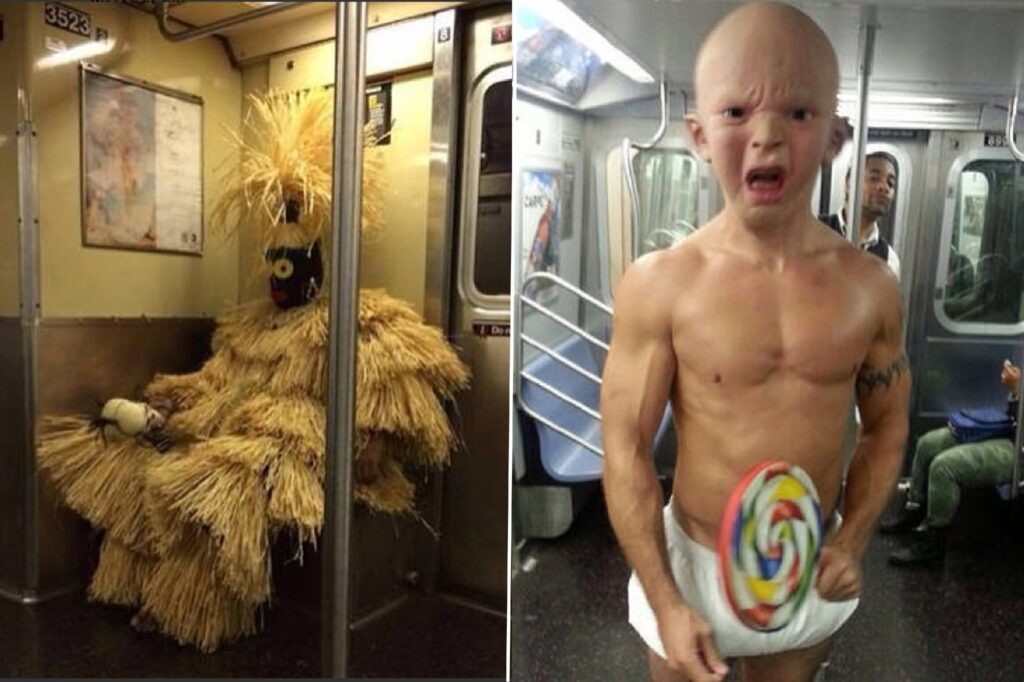 It’s difficult to imagine a time when a rat could drag a slice of pizza across the subway tracks, and only those lucky few present at the station would have the tale to tell their friends later.

To those outside New York City, such a rare and almost cartoonish occurrence would be newsworthy – and along comes SubwayCreatures.

In 2011, the original website was launched as a place to “people watch from the safety of your phone” by a wide-eyed New Jersey transplant who wished to share the weirdness of city living with the world. Now serving more than 4 million free subscribers across social media platforms, including 2.3 million on Instagram alone, SubwayCreatures has continuously operated under the direction of just one guy: Rick McGuire.

The account has long established itself as a purveyor of viral-worthy videos farmed by patrons of public transportation, featuring the often characteristically bizarre scenes that could transpire while aboard an NYC subway car – like last month, when sources caught a train collision and explosion caused by an electric bike that was left on the track (its lithium-ion battery exploded against the electrified third rail) or shocking footage of Hurricane Ida’s floods as they gushed through subway stations. But most of his posts consist of nothing more than eye-catching visual media paired with a cheeky pun and sparse contextual details.

SubwayCreatures, along with McGuire’s newly launched sister brands WhatIsNewYork and WhatNYeats, with an eye on the city at street, table, and sky level, monetizes in partnership with Collab Licensing, who help to facilitate and manage McGuire’s contributors – usually, amateur photographers and otherwise enthusiastic New York netizens – who get a 50% cut for their work if once sold to various news outlets, including, recently, CBS, NBC, BBC, and New York Post. (McGuire also said that SubwayCreatures is also one of MTV’s top sources of material for their viral video round-up talk show “Ridiculousness.”) Meanwhile, Collab and McGuire split the balance, occasionally with an added fourth party, such as global wire service Newsflare, a ”video news community and marketplace” – the operative word – “for user-generated video content,” according to their website.

While Newsflare consistently provides sensational stories relating to news and human interest, a facet of journalism for which they are not known would be top-notch reporting. As Substack media reporter Simon Owens described in a recent company profile of Newsflare, whose first “banger” licensing deal – a viral fan video of Rihanna – was purchased by global outlets in 2013. “It proved that Newsflare’s business model had merit,” Owens writes, “and that there was a sea of user-generated content floating out on the internet that could be better monetized.”

Their presence would help launch a trend that turned “every smartphone owner into a news reporter,” said Owens. Newsflare CEO Jon Cornwell recalled the sales pitches he made to outlets. “We were often ringing up Reuters or the Sun and calling into the nearest desk and saying, ‘we’ve just sent a video to your email. You need to check it out. It’s a good one’” he said, with the hope of selling for up to thousands of dollars for video clips. Cornwell has plans to grow the company to $11 million by 2025. 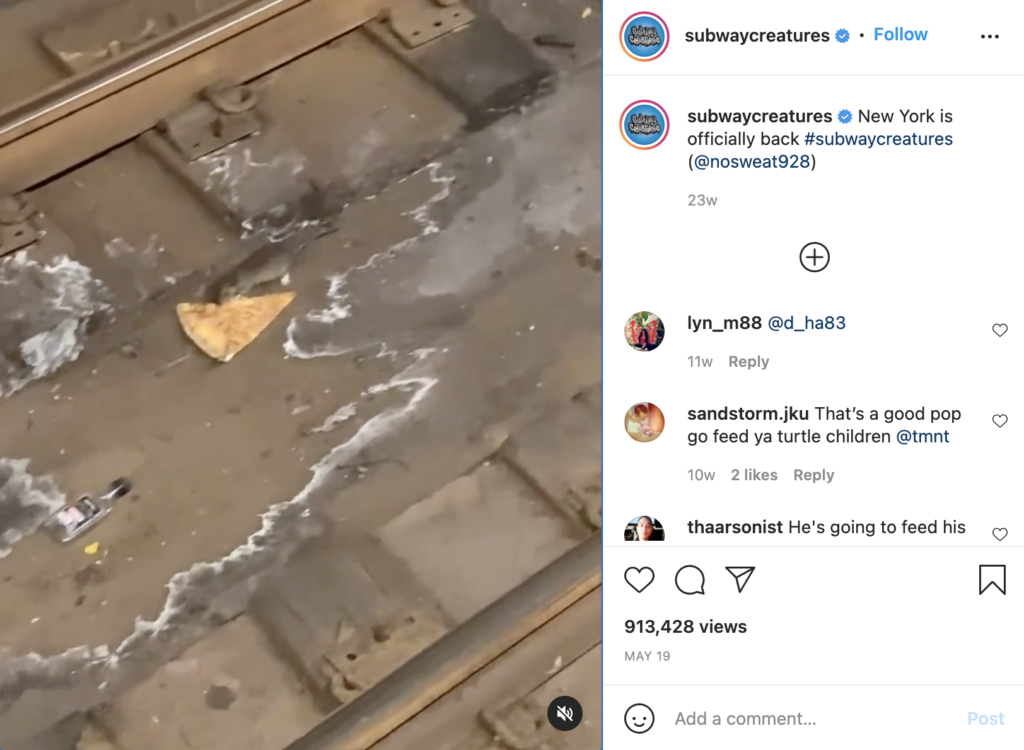 Journalistic societies such as the American Press Institute (API) place “truth” as the first priority of journalists, which can’t be the case for a news service billed as a “marketplace.” Their primary obligation is to sell media, while good reporting comes secondarily (if ranked at all).

SubwayCreatures peddles that which is inherently newsworthy – outlandish NYC phenomena – and hence legally qualifies for journalistic protections by some state shield laws, namely New York’s, which extends to those engaged in newsgathering for a newspaper, magazine, news agency, press association, or wire service. But whether or not McGuire, a content farmer, deserves access to a reporter’s extended First Amendment privileges is moot when the American legal system hardly operates based on sound ethics alone.

McGuire’s ethos misses the marks of bona fide journalism, regarding his work as merely an element to support the real journalists – something he’s able to do passively through licensing media that comes to him for free.

As the API writes in their essential handbook, “​​Merely engaging in journalistic-like activity – snapping a cell-phone picture at the scene of a fire or creating a blog site for news and comment – does not by itself produce a journalistic product. Though it can and sometimes does, there is a distinction between the act of journalism and the end result.”

Thus, McGuire is reluctant to accept the premise that he’s a journalist, despite his company becoming a prolific producer of viral media – referring to himself instead as an “entrepreneur” and, in his heart of hearts, a “curator” of local imagery that “celebrates the uniqueness of New York.” The “blue check” next to the SubwayCreatures name “does give me more credibility” as a news source, he admitted. “This is the scary part.”

“There are a lot of people who think because SubwayCreatures said it, you know, that’s the end all be all. And that’s just not the case,” said McGuire, who performs his own, admittedly limited, fact verification process on submissions, if only to appease potential news clients “who are going to want all these answers.” But to all his followers and newsreaders at large, he warned, “You always need to ask questions, do your own research.” 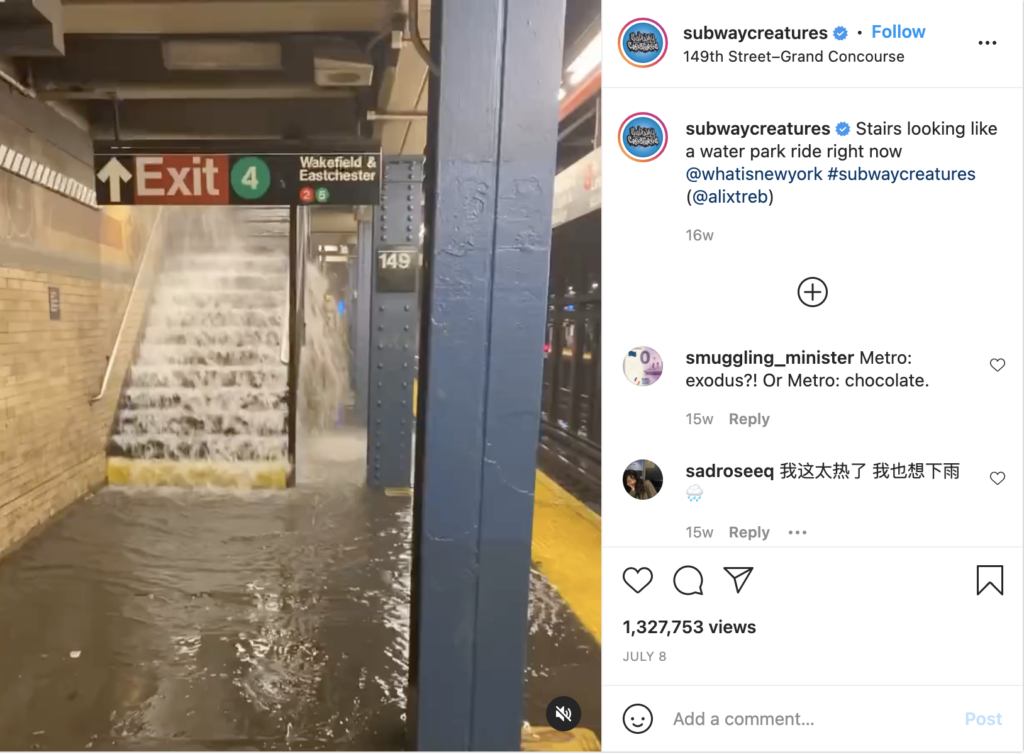 According to McGuire, this is a fact of the American news ecosystem, whether he’s comfortable calling himself a newsman or not. Other well-known wire services, along the lines of Reuters Connect, Caters News, and Newsflare — all of which scoop up local features with global appeal — have robust networks of writers and producers to seek out and report stories. McGuire is just one guy.

During Hurricane Ida, McGuire was inundated with submissions from flood witnesses. “I was up till 4 a.m. curating content … that night, I got anywhere between seven and 800 videos.”

His and Collab’s agreement with contributors includes an online portal where they’re asked to provide as many details about a video or image and whether they’d like to be affiliated with the pictures. Unfortunately, citizen reporters don’t necessarily make reliable ones. “A lot of people don’t do it because they just don’t want to take the time,” McGuire reckoned.