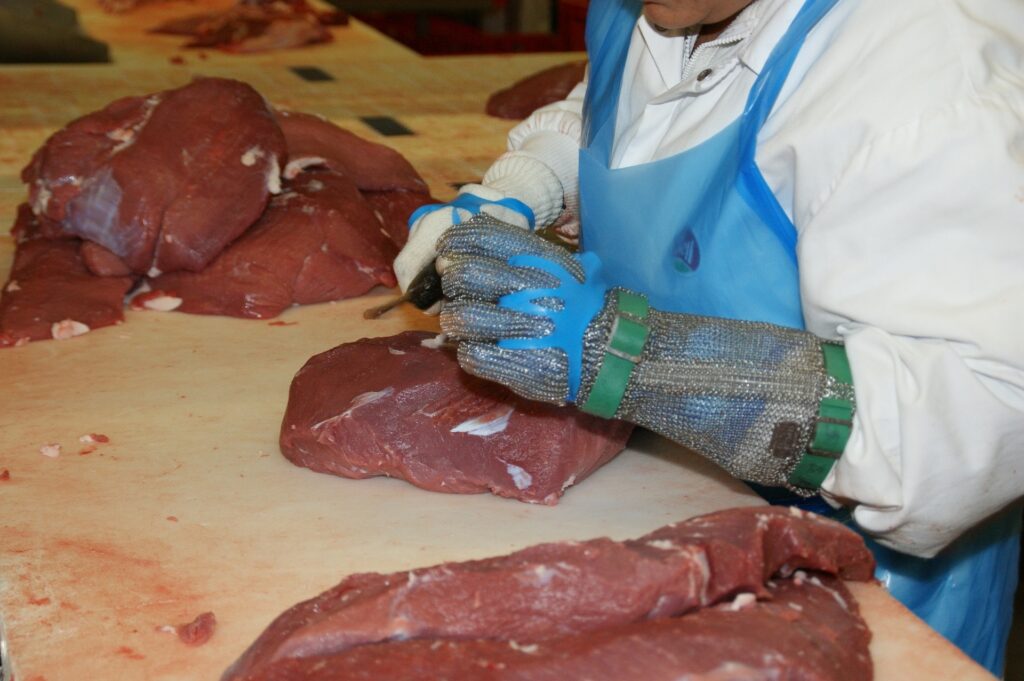 (BE’ER SHEVA, Israel) — In Harper’s Magazine’s May 2013 cover story, “The Way of All Flesh,” American author and journalist Ted Conover brings us on a journey of personal and communal transformation. Reporting undercover in an industrial slaughterhouse, he tells the story of his change into a more mindful eater and a community’s struggle to integrate an influx of Latinos.

Journalism aggregates true, responsible, and interesting information for the benefit of the public. There is often a tension between “true” and “responsible.” Responsible journalism is generally transparent during the reporting process but subjects often obscure the truth when they know they are dealing with a journalist.

In some cases, the benefit to the public makes it clear which value must take precedence. An example is ABC’s undercover reporting on Food Lion in the 1990s, which revealed unsanitary meat handling practices. With so many witnesses corroborating a story that, if true, was illegal and potentially harming public health, it justified an undercover investigation. The reporting showed why the truth could only be seen by going undercover. Employees were trained to demonstrate the “right” way when scrutinized but to break the rules as standard practice.

However, it is not immediately clear that Conover’s undercover reporting is justified. When describing the reason for his stunt, he wrote: “I wanted to learn not only how meat is inspected, but how slaughter works. The demographic side of things also intrigued me.”

It seems as if Conover could have achieved that goal with standard journalistic reporting.

And Conover knows what he is doing is questionable and even informs the reader that he wonders about the reaction of at least one of his “subjects.” Near the end of the article, after Conover has officially quit, Stan, a coworker, and friend, takes him out for steak. Reflecting on the truths he is withholding from Stan, Conover writes, “I also didn’t tell him about my plan to write an article—but I will have before this comes out, and I hope and suspect that he will forgive me and let me buy him a meal next time we meet, because I owe him one.”

How does Conover defend this deception? Why is he confident that his subjects will forgive him and that they can continue to be friends?

The answer comes down to the respect he shows his subjects and the motive behind his actions.

Conover isn’t just reporting the news; his style of journalism is ethnographic, meaning he has to balance two sets of rules. “You find a middle ground between the strict newspaper rule—the subject never sees the story in advance,” Conover explained to the Creative Nonfiction, “and the almost equally strict academic rule that the subject gets anonymized and approves everything.”

The article doesn’t tell us how much of Conover’s reporting was approved by the subjects, but his statement of, “I will have to [inform him of my plan] before this [article] comes out,” hints that this was a decision he weighed carefully and discussed with them. However, we know he anonymizes subjects.

In the introduction, Convover describes cattle arriving at the plant in Schuyler, Nebraska. In between the vivid details and subtle foreshadowing, he introduces us to Caroline and provides a footnote:

“To protect the privacy of people I encountered in and around the slaughterhouse, many names have been changed.”

It isn’t complete anonymity. Only one Cargill plant is located near Schuyler, Nebraska, at 590 Co Rd 9. While that plant is large, employing over 2,000 workers, a diligent investigator could probably identify some subjects with the facts provided.

But the chances of such an uncovering are meager. Conover reveals nothing about the people or their practices that would motivate anyone to invest the necessary time and resources to discover who they are. He showed respect by making it impractical for anyone to identify them.

Legally, he didn’t have to make these concessions. Nebraska law only requires single-party consent for recording or sharing communications. As one of the involved parties, Conover wasn’t legally obligated to maintain their privacy. But unmasking them had no value to the public.

The motivation behind his reporting is the other aspect that makes it ethically defensible. His motivation is to bring true perspective. As Conover told the Denver Post in 2010, “Participation is a way of moving beyond the formal constraints of an interview and gaining access to insider perspectives.”

This insider perspective provides a tangible benefit to the public. The reasons are twofold: believability and empathy.

From the inside, he can make statements more believable. For example, when he reports on workers saying that pink slime is safe and that they are disgusted by animal cruelty, we know those statements aren’t just for the camera. And he shows us things his subjects would never reveal to the outside world, like Stan calling his granddaughter “my little beaner baby.”

Conover uses this statement emphatically, Conover shows us how Stan, who admits that he was “a little racist,” evolved into a less racist person after his daughter married a Mexican and had a child. By this point, the reader has learned enough history and context to understand Stan’s negative views regarding Latinos. It is impossible not to applaud his growth, even though he hasn’t learned to be politically correct in private.

The believability and empathy gained by this method came at a price. Conover had to spend six weeks away from his family to report this story. He dedicates an entire section to the physical pain he suffers while reporting. Pain which the reader learns, is a normal part of life for people in this industry. Weeks of daily painkillers and needing a wrist brace to sleep are a high price to pay for one article – especially considering what a severe wrist injury could mean for a professional writer.

Going undercover is a challenging reporting style but it allows the reporter to show reality with perspective and empathy. When it comes to aggregating true, responsible, and interesting information for the benefit of the public, it is irreplaceable. This harrowing cover story is an ethical example of how undercover reporting helps readers better understand the world, which is certainly of great benefit.