Undercover at the Vatican 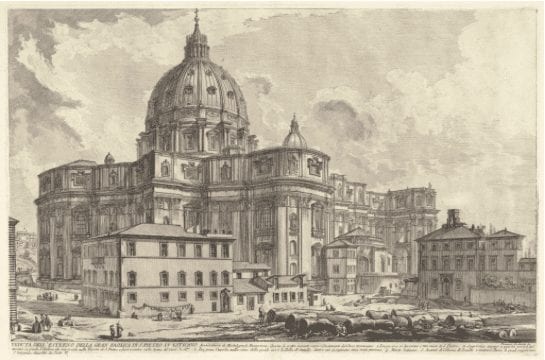 The Vatican/Image by the Metropolitan Museum of Art

Arguably the last thing the Catholic church needed was another sex scandal after The Boston Globe’s explosive story in 2002, detailing the abuse of children at the hands of priests, but nevertheless, another sex scandal is what Italian investigative journalist Carmelo Abbate delivered.

In 2010, Abbate went undercover “posing as the boyfriend of a man who ran in gay clerical circles, secretly videotaping the sexual escapades of three Rome-based priests. Abbate caught the priests on hidden camera dirty dancing at private parties and engaging in sex,” according to Newsweek. In the interview with writer Barbie Nadeau, Abbate said that the goal was to expose the duplicity of Catholicism and among those on the inside. He relied on a friend (who declined to be named) with ties to the priests to introduce him, and proceeded to immerse himself in an underground Catholic, gay scene for upwards of a month.

Abbate risked exposure and being shunned by some of the most highly regarded individuals in the world, who also happen to boast an enormous following – up to, and including, the Pope. In a case study done by Columbia, the Spotlight investigative team discussed the potential repercussions of going up against the Catholic Church. Prior to publication, they considered how they might be accused of bias, based on their own religious beliefs (or non-beliefs), discounting any facts they could bring to light. They were also aware of the serious economic implications, if enough readers were to take offense and cancel their subscriptions.

All of this was true for Abbate, but in 2011 he took it a step further, publishing a book, Sex and the Vatican, inspired by the story he had written a year earlier for Panorama, a weekly Italian magazine. The book also details several other situations he encountered being in such close proximity to the Vatican, in addition to the gay clergymen.

“It looks at such taboo issues for the Roman Catholic church as the women who become priests’ mistresses and the children they have (and those they abort). It details allegations of the rape of nuns by priests. And it concludes that large parts of the clergy are leading double lives because of the crushing burden placed on them by the Vatican’s insistence that they lead lives of celibacy and chastity,” John Hooper wrote in a review for The Guardian.

“This is not about homosexuality,” Abbate, who says he is not gay, told Nadeau. “This is about private vices and public virtues. This is about serious hypocrisy in the Catholic Church.”
The allegations of same sex relations between priests have jolted the church.

“The Vatican seems more focused on sexual orientation than sexual deviance, and they are furious. While clergymen spent years covering up rumors of child-sex abuse and protecting each other, they’re calling instantly for the ouster of gay priests,” Nadeau wrote in Newsweek, claiming that Abbate’s story might have been a greater blow to the Vatican than The Globe’s series.

Same-sex marriage is a perceived sin to many traditional, devout catholics – even in 2019. According to the Pew Research Center, 48% of Catholics oppose gay marriage (of a sample size of more than 25,000). As of 2013, there were reportedly 1.2 billion Roman Catholics in the world. Hypothetically, if the Pew Research Center’s findings are consistent with the entire Catholic population, that would mean that somewhere in the vicinity of 576 million people still do not support same sex marriage.

Which is why the work of individuals like Abbate is invaluable. Until the last few decades, the Catholic church had been untouchable. One reason the Spotlight stories in The Globe had such impact was because they substantiated claims of 130 child victims of sexual assault by a priest, to which the church (and it’s disciples) had done nothing. Said nothing. The Globe reporters did, however, and so had Abbate.

Sergio Rovasio, a radical Italian activist, told The Irish Times, “Finally, a piece of investigative journalism which documents something which anyone who frequents gay spots in Rome knows only too well – namely, there are a lot of priests who attend these places and who have sexual encounters without seeming to be minimally worried by the evident hypocrisy of what they preach by day and what they do by night.”

Nine years later, in 2019, a second book, In the Closet of the Vatican by French writer Frederic Martel, was released echoing Abbate’s experiences. CBS noted the book was, “astonishing for the access Martel had to the inner sanctum of the Holy See. Martel writes that he spent four years researching it in 30 countries, including weeks at a time living inside the Vatican walls.”

Martel told CBS that, “he didn’t tell his subjects he was writing about homosexuality in the Vatican. But he said it should have been obvious to them since he is a gay man who was researching the inner world of the Vatican and has written about homosexuality before. He said it was easier for him, as a gay foreigner, to gain the trust of those inside the Vatican than it would have been for an Italian journalist or Vatican expert.”

Like an Italian journalist, Carmelo Abbate, did almost a decade earlier.