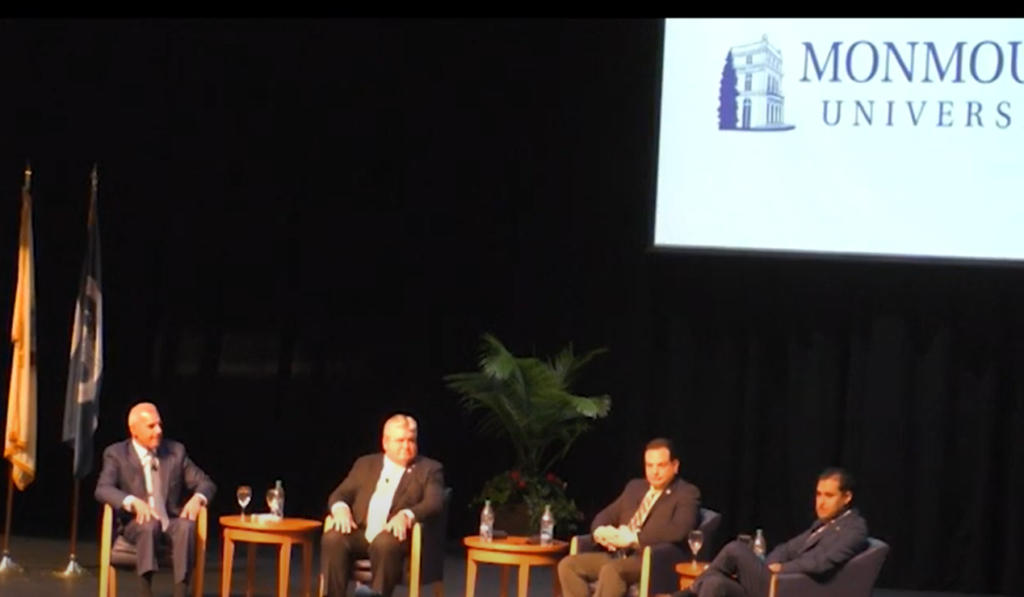 Ahead of a midterm election that may change the balance of the U.S. Senate, a New Jersey university launched a conversation series about the importance of Democrats and Republicans working together.

Monmouth President Patrick Leahy said Gopal envisioned the discussion in response to a loss of civility in politics and public service.

“A Democrat and Republican would get together and would lead a series of discussions with other officials around civility and how that can create common ground and ultimately advance the public good,” Leahy said.

Discussing the benefits of civil discourse, the two Senate leaders attributed their positions to being able to work with the opposing party. The lawmakers also credited bipartisanship with developing a strong judiciary system in New Jersey, noting the state’s judges are approved by legislators instead of voters.

The discussion was attended by elected officials, faculty, and students. Some professors, including Michael Phillips-Anderson, required their students to attend.

“I think it’s important to hear from our elected leaders about how we can come together and talk in a more civil way,” said Phillips-Anderson, who brought his Rhetoric and Persuasion class to the event.

More civil discourse conversations are scheduled to take place at Monmouth University. As of March 2, the dates and speakers have not been announced.