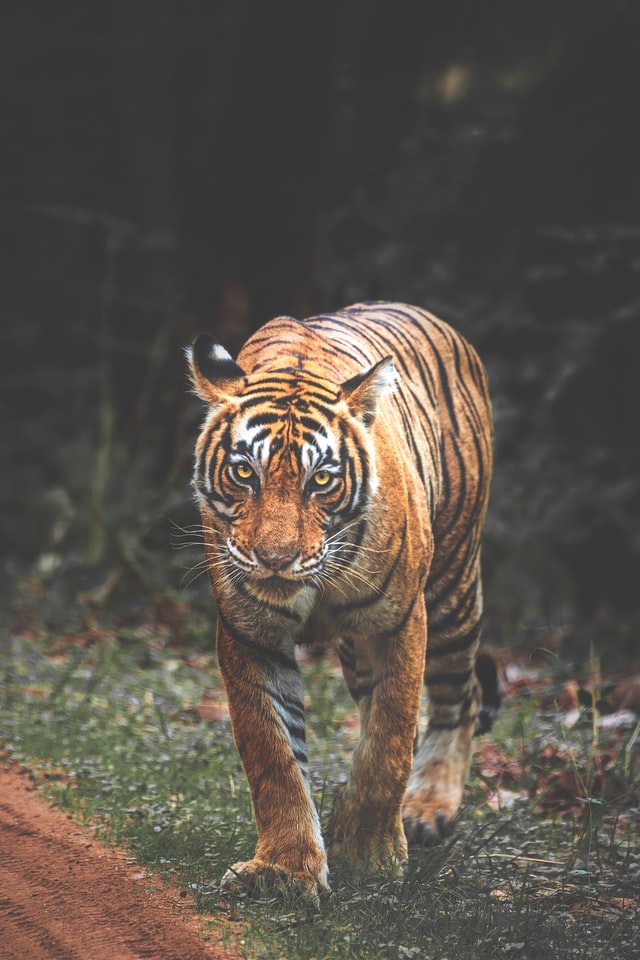 One night a small band of customers traveled across Ho Chi Minh City to meet with a man who called himself “Kingpin T” to buy the illicit animal he was famous for selling: tigers. Little did Kingpin T know that among his customers was Do Doan Hoang, a Vietnamese investigative journalist, and his team of reporters at NTNN and Dan Viet. The reporters had set out to investigate the underworld of tiger trafficking, a world that Kingpin T was at the center of. Collectively, the reporters produced a five-part written report in Dan Viet, which was later translated into English, consolidated into two parts, and republished on The Globe.

Part I begins with Hoang’s team finding tigers and other rare wild animals being “blatantly sold” on various social media platforms in a trade led by Kingpin T, who is based in Ho Chi Minh City and is considered to be a “big shot” in the tiger trade market. To insert themselves into the story, Hoang’s team posed as customers looking to buy some of “T” products, which included tiger bone glue, claws, skins, bones, and fangs.

Like any salesman, “T” ensured his customers that they could trust him, that his products were of “premium quality,” that “any shipping destination is possible,” and that his “buddies work in legal stuff too.” Shortly after meeting Kingpin T, they met “Tiger T,” who they told that they were looking to buy tiger bone glue.

At the golden triangle, where Thailand, Laos, and Myanmar intersect, Hoang’s team met with another tiger trader, “Mr. C.” who explained how when traveling across the border, the traders would inform the guards on duty to let them through without any problems. This newfound knowledge spurred Hoang’s team to go further into their operation. Next stop: South Africa.

There, the Dan Viet team discovered a thousand-hectare “nature reserve” where tigers were brought from all over the world so they could “breed them like pigs” by feeding them dead, rotten chickens poisoned by chemicals before they become target practice for a sport hunting service.

After the tigers are shot and killed, the carcasses are cooked down into bone glue. To successfully transport the bone glue, “T” said they would tell customs officers that they were bringing jelly back as gifts for people in their hometown—a common custom for Vietnamese people.

The final part of the investigation was an interview with Bui Thi Ha, deputy director of Vietnam’s Education for Nature, who has spent years covering wildlife violations. Ha explained how even though tiger conservation is of particular interest to the State (the Prime Minister approved a National Tiger Conservation Program from 2014 to 2022), the documentation to hand out prison time concerning tiger-related violations is not quite clear.

The act of infiltrating an international trafficking network is bound to invite problems. But, it was surprising that this investigation did not run into any major issues that would prove harmful for reporters performing undercover reporting in a dangerous market. That said—beyond being fed to the tigers—a few things could have gone wrong.

First, Hoang is one of Vietnam’s most eminent investigative journalists. Beyond covering the wildlife trade, he’s published over 30 books and has also worked at a handful of state-run newspapers. It’s not hard to imagine that somebody in Vietnam could have recognized his face at some point. If they did, who is to say they would not have outed him. “I’m generally disliked by the underground parts of society,” Hoang said in an interview, “but I’m driven by a passion for the job and always try to overcome this.” Those punished in his previous investigations could easily disregard his noble passion and drive for his craft and instead seek revenge.

Second, Hoang and his team put themselves in great danger by operating outside of the Vietnamese borders. They could have been held up and questioned by authorities in either Laos or South Africa. Upon interrogation, officers at those borders could have chosen to dismiss their story of journalists posing as undercover customers. The aftermath would likely have resulted in Hoang’s team being detained by police.

Third, Kingpin T also mentioned that sometimes his crew would inform the officers working at the border the wrong time of arrival to see what they would do and make sure they wouldn’t get played. There could have been a simple slip-up in communication between veteran salesman and novice customer.

Censorship and telling the whole story continues to be a struggle for reporters, especially those who go undercover, and even more so in Vietnam, a country ranked 175 out of 180 countries according to the 2020 World Press Freedom Index. Yet, from a historical standpoint, this isn’t new. During WWII, when US President Franklin D. Roosevelt unleashed a slew of executive orders that established the Office of Censorship to prevent seditious work from being published. John Steinbeck, the famous American novelist and former journalist at the time, said, “It is in the things not mentioned that the untruth lies.” The same is true in this story.

What Hoang and his team’s undercover work gained was minimal — learning a few of the in’s and out’s of the tiger trade market — in comparison to what he was forced to omit, the information he believed to be the “most enlightening, exposing the real leaders of the illegal industry.” The parts where he had the chance to expose who was atop leading the market he left out.

Is it possible that the real leaders were connected to “Tiger T’s buddies in legal stuff,” but only higher up in the chain of command? As Hoang notes, there’s no way to know as those identities will remain secret for his safety.

If that’s all that was gained, what was the not quite literal but still legitimate price that Hoang had to pay for pursuing this story? Death threats from unknown sources and being brutally assaulted. Hoang’s perpetrators even tried to destroy his literal pen hand that wrote the story. Afterward, he sold his house, stopped going out at night, and has since started reporting under a pseudonym.

Like many undercover investigations, it’s tough to interpret whether the end had justified the means. Hoang and his team did gain insights into the tricks of the trade within the industry. But, in the end, only a half dozen people were arrested.

Plus, the names of the people that are most likely the real leaders overseeing the operations were never revealed, instead only syndicate members who were Vietnamese nationals. Those include Nguyen Huu Son, 30, Nguyen Van Tuan, 33, Dao The Thanh, 38, Pham Van Khue, 56, Chanh, 56 and Cu Quoc Thang, 60 and their South African accomplices Johagem Louis Fouche, 22 Lourens Pretorious, 24, and Michael Frederich Fouche, 42 — who turned himself in to the police were identified. Perhaps the goal wasn’t to specifically catch the “big shots” in the act here and now, but to better learn how the system at large works so that law enforcement is better equipped for the future.

It’s worthwhile then to remind ourselves, specifically as journalists, what the Bhagavad Gita touches on: we only have the right to work; we have no rights to the fruit of our work. In this particular case, Hoang had the right to go undercover for the investigation, but in order to stay alive and keep his family out of danger, he did not have the right to experience the actual fruits of his work. That was a corner that he could not afford to cut.