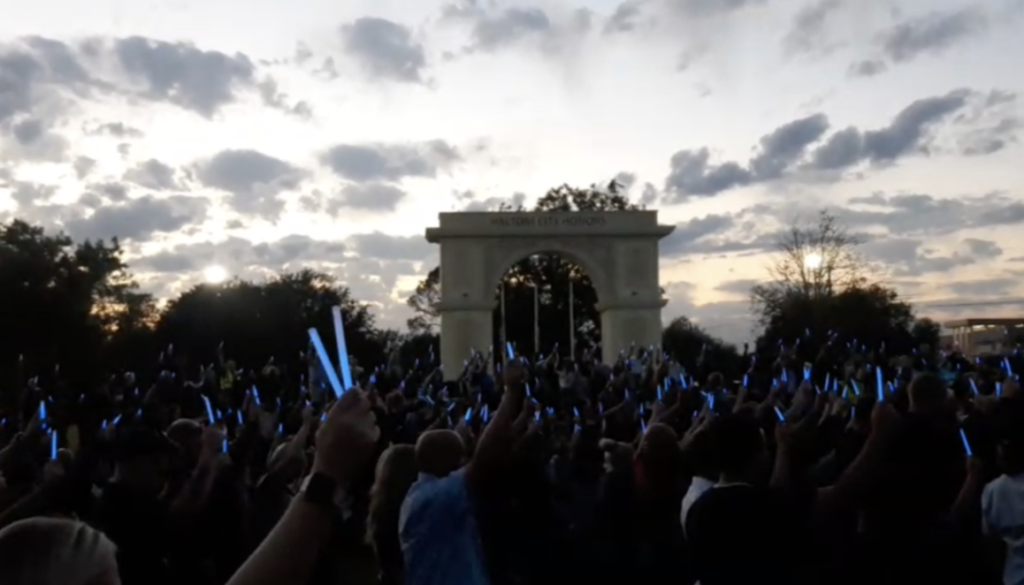 Vigil Held for Texas Police Officer Who Died of COVID-19

HALTOM CITY, Texas — A vigil was held Monday night for a beloved Haltom City police officer who died after a long battle with COVID-19. 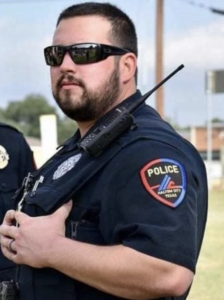 “Our city lost one of our very best, and we are heartbroken,” the statement said.

Most recently, though, he worked as a resource officer for two local schools.

The vigil at the Haltom City Veterans Memorial began with a prayer from the department’s chaplain and some words from Hutchison’s wife, Amber Hutchison.

“This is my husband’s city in a much bigger way than just where he worked,” she said. “I wanted to let anyone here who got to see my husband every single day — walking their halls, going to their classes — to know that not only did he love his job, but he loved y’all. He loved every single child that he worked with. I got to hear about y’all every day… and that’s something that I’m going to miss.”

She continued to say that she hoped everyone at the memorial had a memory of her husband that makes them happy and that they could carry with them.

“I also hope that he’s encouraged some kids or even some adults to follow in his footsteps, to go on to make their community a better place like he did,” she said.

“As a former member of the police force for over 30 years, I have been present at many services… but it is never easy because when a person becomes a police officer, they become the member of a select group of people that go beyond a normal occupation. They become family,” Mayor Truong said.

Haltom City Police Chief Cody Phillips was last to speak at the vigil, sharing the impact one of his first hires made on the community.

“Despite being with Haltom City for only five years, he made a tremendous impact within the police department, the community, and numerous children,” Phillips said. “The impact he made daily on the lives of the staff and students of these schools will be truly missed. His legacy and selfless service will live in each of their hearts forever.”

The vigil was also live-streamed on Facebook so more community members could watch.

“I wish I could be there. This is so sad. Bye Hutch, it was an honor to know you.” commenter Kimmy Jeanette wrote.

Another commenter, Dawn Ruiz, shared that she spent 14 years dispatching for Haltom City alongside Hutchison.

“I worked my last few years with Hutch. My prayers go out to his family, friends, brothers, and sisters in blue, gold, and red,” Ruiz said.

The vigil concluded with a moment of silence and another prayer led by the department’s chaplain.

To honor officer Hutchison, the HCPD said it parked his patrol vehicle at the front of their building and welcomes visits from those wishing to pay their respects.