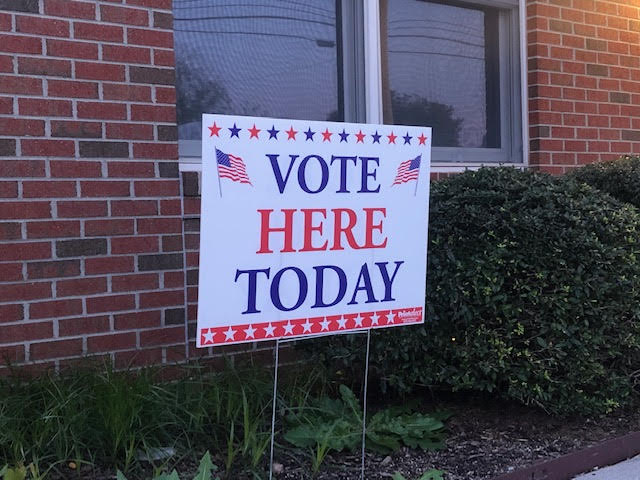 Voting sign outside of the Petersburg, VA voting location

In Virginia, a new constitutional amendment could change the way districts are drawn—and give citizens a bigger say in the process. (Image by Zach Armstrong.)

(PETERSBURG, Va) — In November, Virginia voters approved a constitutional amendment to create fairer elections in the Commonwealth. The ballot measure, which passed with 65% voting “yes” and 34% voting “no,” shifts the responsibility of drawing election districts from the General Assembly and the Governor to a bipartisan commission made up of eight citizens and eight state legislators.

The proposed commission will design election districts before submitting the maps for approval by the General Assembly. Political party leadership will select the eight legislative commissioners—four from each house and each major party—while four citizen commissioners affiliated with either major political party are to be picked by a committee of five retired circuit court judges.

“I think the commission will lead to maps that’ll produce competitive elections and less partisan bias in contested election cycles compared to partisan maps like the ones drawn by Republicans in 2011,” said Nicholas Goedert, assistant professor of political science at Virginia Tech. “Given the lengthy process to amend the constitution, I think this was close to the best we could expect.”

Under current law, the General Assembly and the Governor draw new election districts which are required to be compact, contiguous, and have populations equal to each other.

In 2011, under a Republican controlled General Assembly, newly drawn districts for the House of Delegates were later found unconstitutional by the U.S. Supreme Court for illegally packing Black voters in certain districts favoring one party.

Delegates Mark Levine and Lamont Bagby wrote in Blue Virginia, an Arlington-based Democratic political blog, that the measure lacked rules to ensure fairness, allowing party leaders to choose close friends and family members as the citizen commissioners, and for continuing to allow the legislature to be involved.

Opponents on the left also pointed out that the amendment doesn’t assure equal representation for racial and ethnic minorities.

“On paper it looks good because they want the public involved,” said Lynwood Christian, wardchair for the Petersburg Democratic Committee. “But what if an official chooses everyone from, for example, their church to be in the commission?. What if everyone in that church are men? What if none of them are LGBT?”