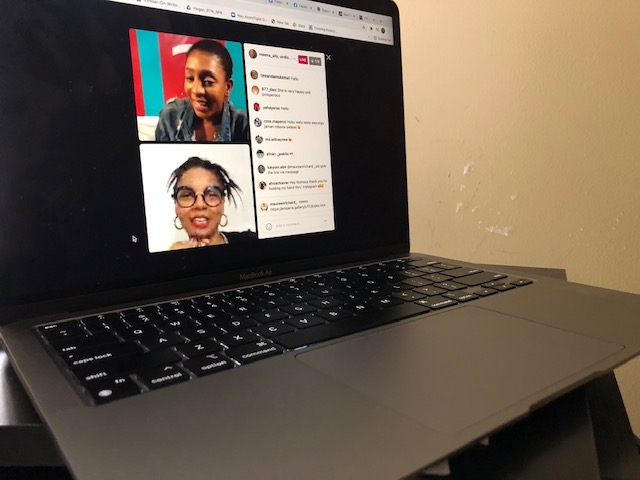 Organized by Uniting to Combat NTDs and Youth Combating NTDs, the exhibition aims to fight the stigma and encourage young people to learn about these preventable diseases.

NTDs cause immeasurable suffering, and almost all countries are endemic to at least one. While the mortality rate is not high, NTDs contribute to social and economic burden resulting from social stigma and physical disabilities, according to an article published by the U.S. National Library of Medicine. Among the disabilities is blindness resulting from untreated trachoma, a contagious bacterial infection of the eye. One hundred sixty-seven million people in 37 countries are endemic to the bacteria.

“NTDs affect young people, and we do not talk about it. We want to change that,” Francisca Mutapi, a board member of Uniting to Combat NTDs and one of the organizers, said in opening the event.

The event was deeply personal for the Tanzanian host and social media influencer, Meena Ally, who shared her own struggles with a tropical disease.

“I have suffered from dengue fever, which was common in Tanzania last year. People barely knew that was an NTD. So, this is real proof that there is importance to raise awareness on NTDs in the world,” Ally told The Click, adding that her platform, with 2. 4 million followers, is a perfect fit for the event.

Dengue fever is a mosquito-borne disease caused by the dengue virus. Symptoms include a high fever, headache, vomiting, muscle and joint pains, and a characteristic skin rash, according to WHO.

Ally and the organizers were pleased by the turnout for the event.

“I have a lot of people that I inspire with my media work,” Ally said. “Most of the people that joined were young people, and we really got to the right audience,”

The organizers talked about the stigma around NTDs and the importance of educating the public that they are all preventable. 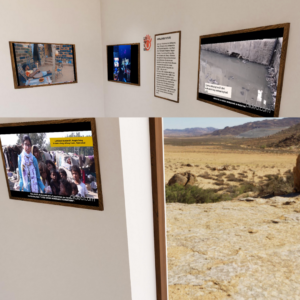 A photo collage of screenshot from the virtual art gallery via Emperia Gallery [Credit: Tigist Geme]

Uniting to Combating NTDs announced a storytelling competition last year December for young people to share their stories and experiences about NTDs.

The online gallery features spoken word, music, drama, and paintings of 40 finalists among the 400 entries the organizers received from 39 countries. Some share their own experiences with NTDs; others create content to showcase its prevalence in their communities.

“I read a heart-wrenching story about a young girl losing her life because of rabies,” said Mutapi, who also served as a judge for the competition, explaining the objective of the storytelling competition to Ally’s audience.

“Look up all the NTDs and learn about all of them. Good sanitation and other measures prevent these diseases.”

More people joined, and comments showed the event’s global reach as participants listed by where they were tuning in: Bangladesh, Nigeria, India, Uganda, Tanzania, Pakistan, and South Africa.

“What a beautiful time to be alive, witnessing the first-ever visual art gallery,” devoted to NTDs, one of the attendees, with an Instagram handle @sekelayona_, wrote in the comments. “Technology is serving us well,” commented another attendee, @faridahally_.

South African artist Nomaza Coupez who worked with Uniting to Combating NTDs to create the visual gallery, emphasized the importance of talking to the public in the language they understand to galvanize support in eradicating NTDs.

“It is extremely difficult to explain medical science, and it is quite innovative to use visuals,” Coupez said.

“Having a platform for the young people to display their creativity is a big win for me.”

According to information provided on the organizer’s website, there will be an awards ceremony for winning artists on April 8 and prizes worth $20,000.