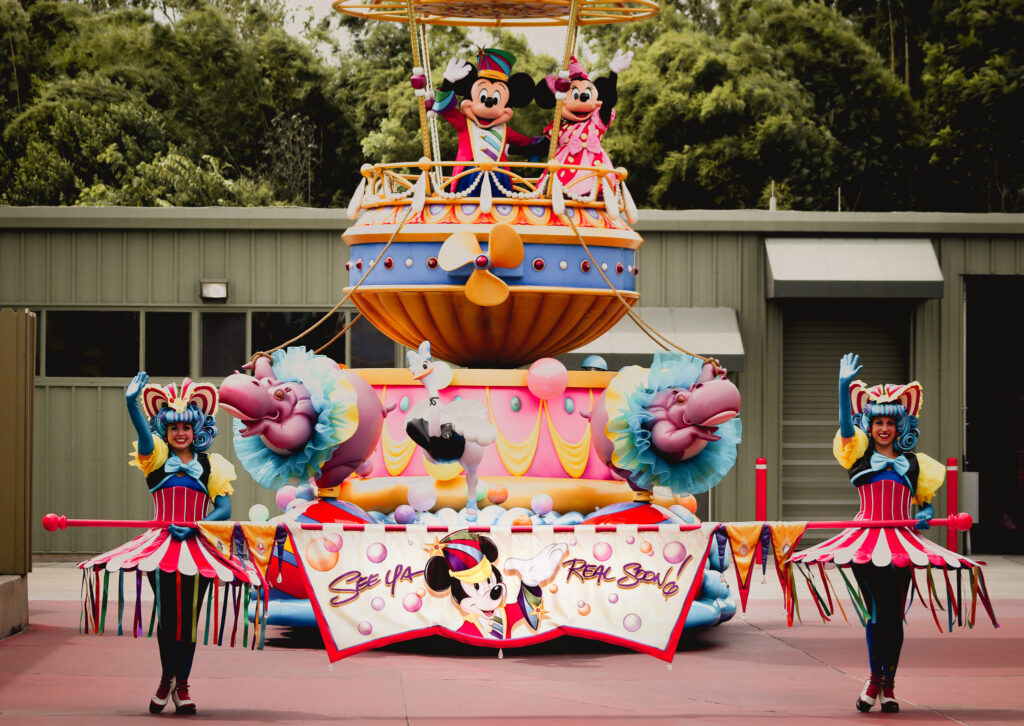 Mickey Mouse, Minnie Mouse and two performers wave goodbye after one of the final parades before the COVID-19 crisis. [Credit: @practicallypreston | Instagram]

EDITOR’S NOTE: The writer of this story was a Walt Disney World performer for five months in 2018.

(ORLANDO, Florida) — Sydney Rawlings closes her eyes and she’s back through the gates of Walt Disney World. The entertainer can vividly recall looking down the park’s Main Street and staring with awe at Cinderella Castle on the days she worked there as a parade performer.

But these days, the memories of the happiest place on Earth bring a tear to her eye. Rawlings is one of hundreds of Disney performers who lost their jobs due to the COVID-19 pandemic.

“I remember just walking through the park, looking at the castle in tears. It wasn’t the same,” Rawlings told The Click.

Every year, millions of tourists flock to Disney parks to meet their favorite characters. But in a pandemic that took so much from so many, the fantasy vacation spot has become a place of pain and heartache for many performers.

Disney parks employees are known as “cast members,” and thousands of them — including hundreds of performers — were left without work when the pandemic lockdowns went into effect early last year. Disney’s performers make up all of the parks’ live entertainment, from meet and greets with costumed characters to popular stage shows.

It is now December 2021, and while many have been brought back to their jobs, Disney’s performers specifically faced continued hardship. Some have begun performing at other theme parks, some have moved to other career opportunities, and some are still waiting to hear from the company.

Silent as a Mouse

In early 2020, The Walt Disney Company began laying off cast members due to the COVID-19 pandemic. Around 32,000 cast members lost their jobs, according to CNBC.

Eventually, competing local theme parks such as Universal Orlando Resort or SeaWorld Orlando have brought in new performers. However, several former performers who spoke with The Click said Disney has been slow to reach out to them.

Rawlings lost her job in March 2020. She said a year went by before her employer called to see if she wanted to return as a performer.

“They expected me to just sit around and be waiting for them to call me,” Rawlings said. She remembered unexpectedly sobbing over the phone when she said someone finally called her in September 2021. By that time, she had moved to Texas, where she works in the film industry and has started a new life.

She remembers the company telling her that they wished she’d told them so that they wouldn’t have had to make the phone call. She scoffed and thought to herself, “Sorry this was such an inconvenience for you.”

Walt Disney World declined The Click’s request for comment on this story, stating in an email that “the sheer number of requests for interviews and background information does not make it possible for us to accommodate them.” 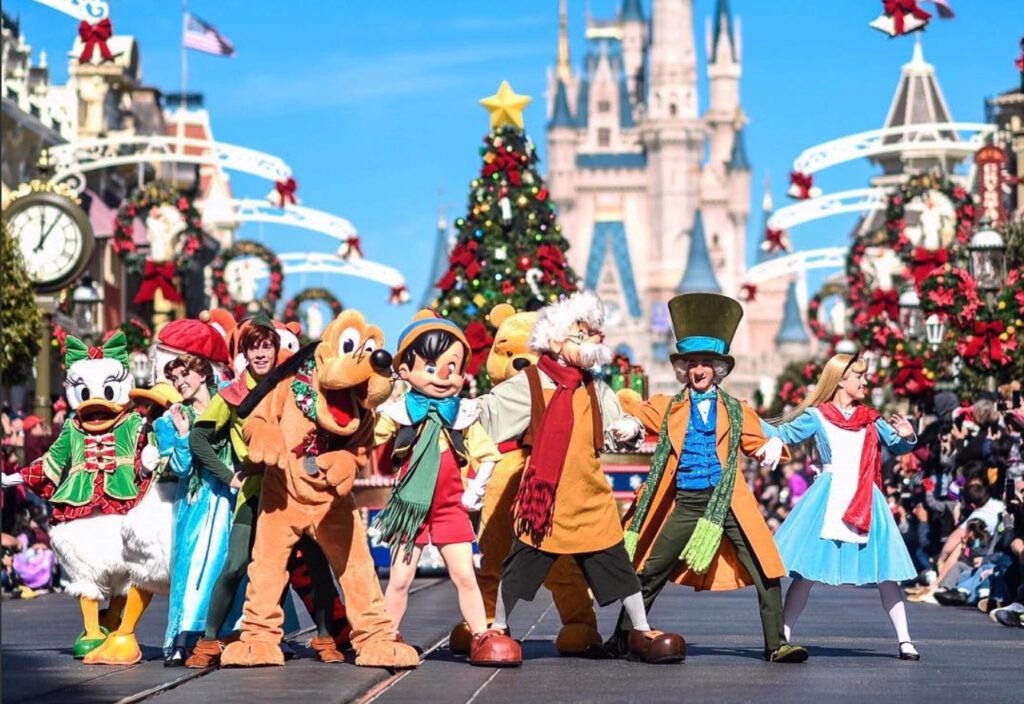 Sydney Rawlings (second from the left) and others perform on Disney World’s Main Street during the 2018 Mickey’s Once Upon a Christmastime Parade. [Credit: @neverlandailyphotos | Instagram]

Rawlings recalls one of the only other moments she’d heard from Disney during her absence. In October 2020, Disney reached out with an offer for the performers: accept a temporary replacement role or get furloughed.

While Rawlings declined, many other performers took replacement roles within the parks. Whether they now operate a roller coaster or sell merchandise of the very characters they used to embody, they aren’t performing anymore.

Beth Felerski is a Disney performer who took a temporary replacement role at the Haunted Mansion attraction.  “There was some relief of finally having a paycheck again,” Felerski said. “But also, half my friends are leaving soon because they got laid off.”

Unlike Rawlings, Felerski was still in Orlando when she said Disney reached out with an offer to take a replacement role in October. However, she had just taken a contract to perform at SeaWorld Orlando’s Christmas Celebration.

“Those first few weeks were chaotic. I called out of a bunch of Disney shifts,” Felerski recalled. She had given SeaWorld full availability for the holiday season. “I told them I could work whenever, because for all I knew, Disney wasn’t going to call me for another year.”

Felerski is still at the Haunted Mansion, but she’s taken performing gigs at both Universal Orlando Resort and SeaWorld Orlando. Felerski said she loves her Haunted Mansion coworkers, but they know she’s ready to be back in her performing role.

At Walt Disney World, every attractions employee does multiple jobs, from ride operation to guest flow in the queue line. “It’s a lot on you to make sure people don’t throw themselves on the ride track or try and retrieve their dropped phone,” Felerski said, adding she’s never had a safety-critical role at Disney before this. “It’s exhausting. This isn’t what I came here to do. I came here to hug children and make people smile.” 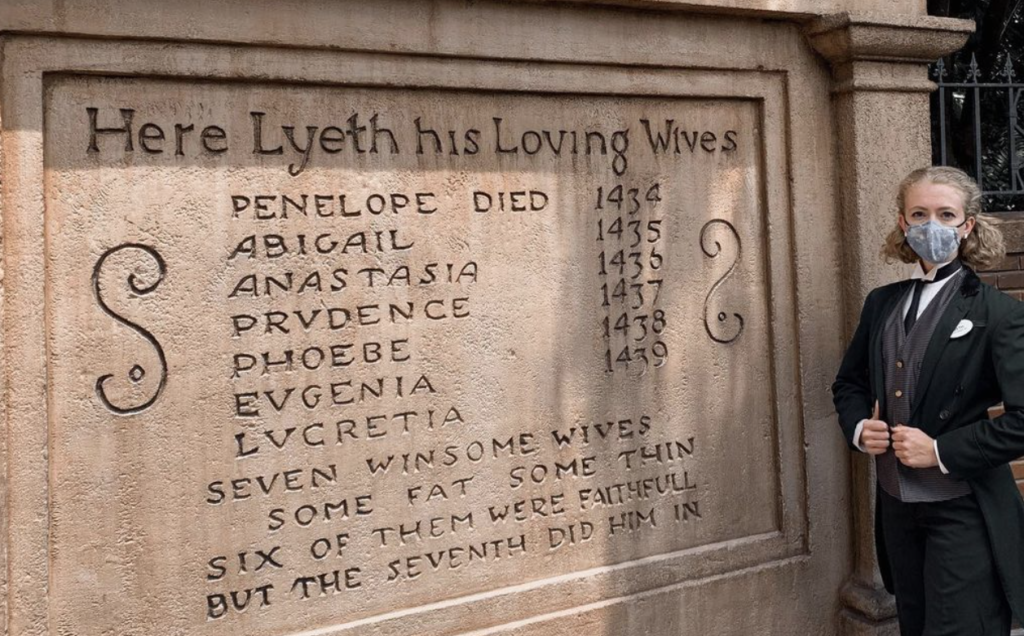 Walt Disney World performers aren’t the only ones who allege they were left hanging by the company. Across the country in California, Disneyland performers echoed similar sentiments.

Spencer Bennett moved from Northern California to Orange County in August 2017 with a dream of working at the theme park he’d grown up loving. When he was a cast member, he worked both as a performer and as a host (the attendants who manage character experiences). In March 2020, one week before he planned to audition for the role of a “face character,” or the characters in the park who can speak to guests, he lost his job due to pandemic cuts.

Bennett wasn’t given a replacement role option like his Floridian peers. He was furloughed whether he liked it or not. “I had such an enormous allegiance to that company, for a while I just thought they needed to make ends meet,” he explained.

Disney executives took significant pay cuts at the start of the pandemic. All vice presidents had their salaries reduced by 20%, senior vice presidents by 25%, and executive vice presidents and above by 30%. Current CEO Bob Chapek took a 50% pay cut, and then-CEO Bob Iger forwent his entire salary at the time. The cuts were to last “until we foresee a substantive recovery in our business,” Chapek wrote in a memo originally reported by Deadline.

In August 2020, though, the company fully restored the high-dollar salaries of its senior executives while many stricken performers remained in the dark. All of a sudden, Bennett’s views on Disney were flipped.

“[Disney] chose executives who wouldn’t have even needed to take that sizable of a pay chunk for all of these people to keep their jobs,” he said. “They upended lives… People work there their whole lives because it’s fun and empowering and you make real impacts on people.”

Bennett recalled feeling like an “unimportant cog within the machine” when executive pay was restored, he told The Click.

In Florida, former Disney World performer Tyson Blatter recalled watching friends endure similar experiences as Rawlings, Felerski and Bennett. “I don’t want to criticize Disney too harshly, but the way they ran this thing seems pretty poor, in my opinion,” Blatter said. “I think if it was to happen again, I’d like a lot more information given to the cast members who were affected by it the most.”

While Blatter was not performing at Disney, he found a new home performing at Universal Orlando Resort’s Halloween Horror Nights. “The way that the company treated me just made me feel so loved and appreciated,” Blatter said of Universal. “I just felt like I was so involved in everything and I was never kept out of the loop.”

While performing during the pandemic, Blatter remembers weekly emails being sent to him and other performers explaining whether or not they needed to wear masks, if they were going to get additional costume fittings, and more, Blatter told The Click. “It just felt so good compared to the answers from Disney that were like, ‘I don’t know,’ or ‘We can’t tell you.’” 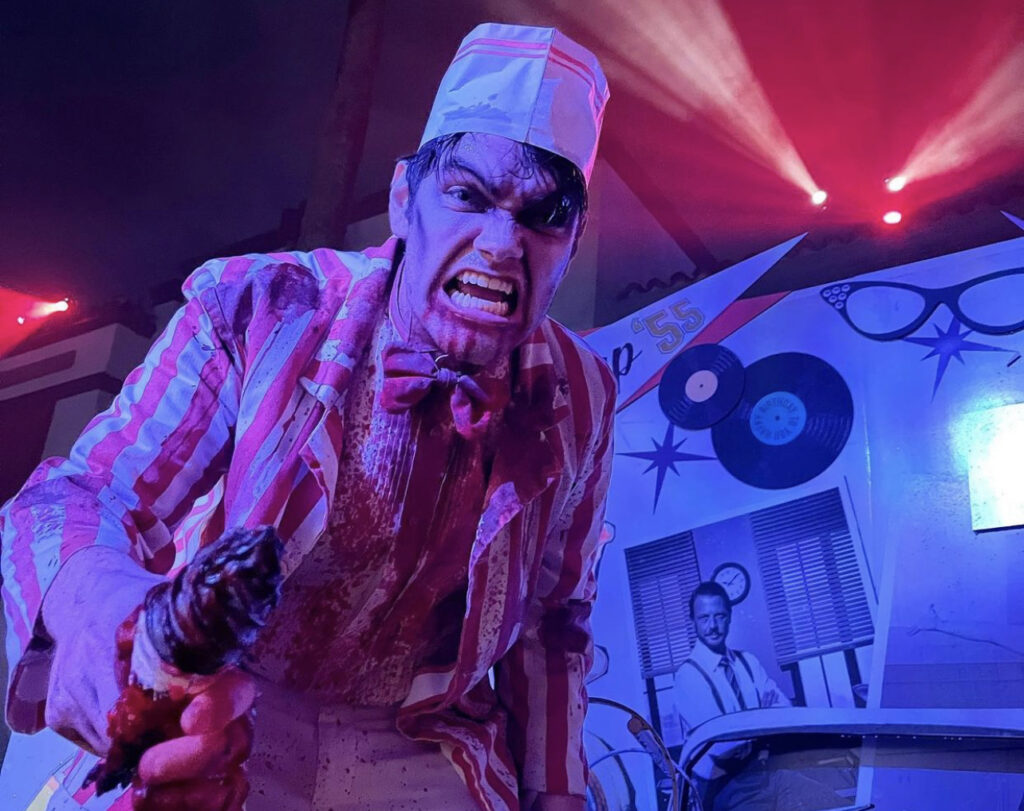 Walt Disney World reopened in July 2020 with little to no live-entertainment options. Almost all parades, shows and character meet-and-greets were shut down or altered in some way.

While some offerings have returned, popular attractions that used to employ hundreds of performers such as the “Festival of Fantasy” parade and the “Fantasmic!” nighttime spectacular have remained missing for the last 18 months. Both are scheduled to return in 2022.

“You get your one life, and you can’t let it be slowed down by a business,” Blatter said. “If performing for Disney isn’t your end goal, and you’ve moved on from it… I am so proud of you. There is no reason that this pandemic should ruin your life because of Disney.”