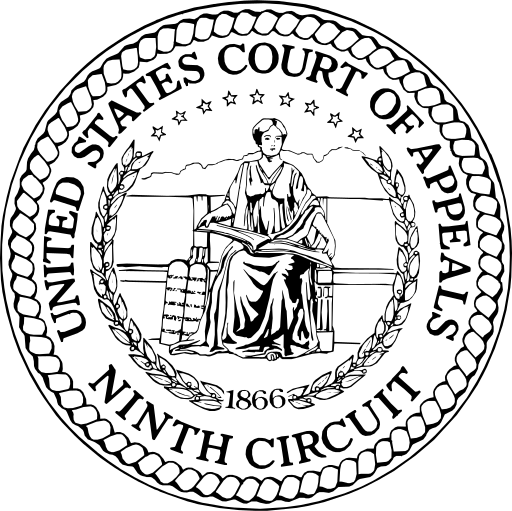 Seal of The United States Court of Appeals for the Ninth Circuit [Credit: U.S Government]

(TACOMA, Wash.) — The GEO Group, one of the world’s largest for-profit prison companies,  is seeking to block a private prison ban in Washington state. A recent ruling in California could lend precedent in their favor.

In April 2021, GEO Group asked the U.S District Court in Tacoma for an injunction against the passing of a bill that prevents for-profit detention facilities from operating in Washington. The bill  would also shut down any current operations by 2025.

According to initial complaint documents, the company asked the court to declare the bill unconstitutional. Citing the United States’ “Supremacy Clause”, which places superiority of federal operations over state law, the company argued that shutting down the ICE facility stands in direct conflict with federal immigration operations.

In a counterclaim, Washington’s Governor Jay Inslee and State Attorney General Bob Ferguson asked the current ban to be upheld and demanded that GEO immediately cease operations of their Tacoma facility.

In October 2021, the district court put a stay on all proceedings until a ruling was made on a similar court case in California.

In that case, GEO Group and the U.S. Department of Justice (USDOJ) asked for a stop to California’s ban on for-profit prisons and detention centers. They were originally denied an injunction in district court but appealed that decision to the Ninth Circuit Court.

The Ninth Circuit Court ruled in favor of GEO Group and the USDOJ,  but only in the case of privately owned immigration detention centers by ICE. In a final opinion statement, the court noted that the California bill was unconstitutional and “impeding on federal immigration policy.”

The California decision could have real consequences for Washington by providing a precedent for overturning the state’s private prison ban.

The Click reached out to those involved in the Washington case and have not received a reply.