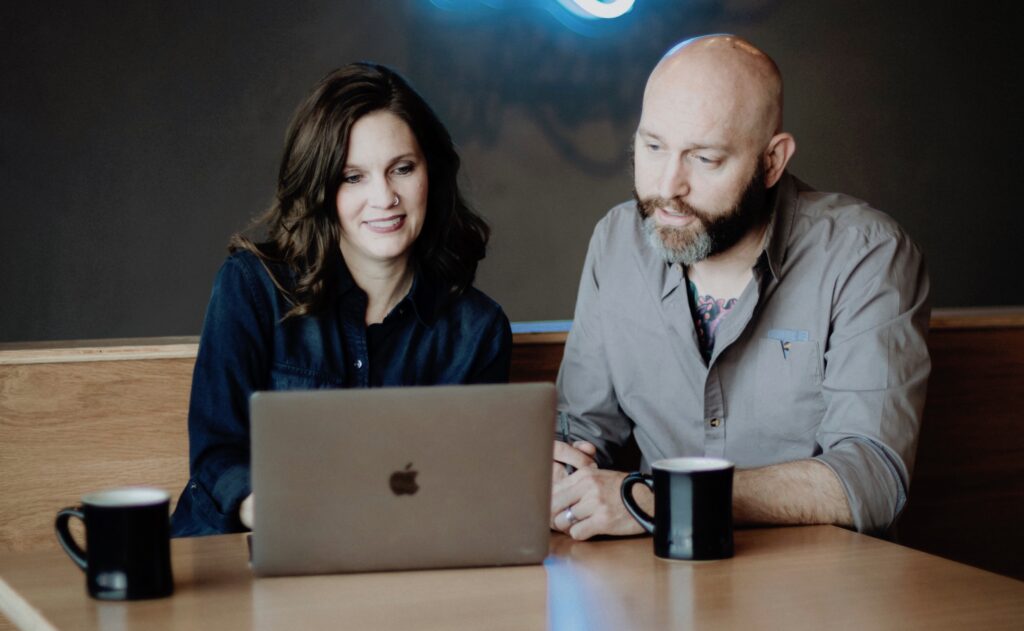 (AMARILLO, TEXAS) — “Be kind.” If you’ve visited a Palace Coffee location in the Texas panhandle, it’s a phrase you’ve probably seen in big, neon blue letters. The motto is a staple of the culture that’s made Palace a household name in the region. Now owners Krystal and Patrick Burns are taking that culture to a new frontier.

The Royal Bar opened this summer within Palace’s newest location in local shopping plaza Wolflin Square. Serving alcoholic beverages in a hybrid space alongside coffee has been a dream of the Burnses for years. They said the joint offerings attract a new customer base, which in turn opens new revenue streams. Still, the entrepreneurs told The Click that their priority remains unwavering: culture over cash.

“We’ve said from day one, we’re not opening a coffee shop to make a ton of money,” co-owner Krystal Burns said. “Being able to impact people’s days, that’s what gets us out of bed every morning… that and the fact that we’ve created a space where people can feel comfortable and safe coming to.”

A culture of kindness is at the heart of everything Palace has done in the 10 years since it opened its doors. Now, they’re replicating that mission at the Royal Bar.

“When you get such a high-quality product, you get snooty cliques that come with it, the people who know better than you and just want to flex whatever bottle they have,” Ruiz said. “But Royal was my first bar, and they’ve made it super approachable. They work with you to figure out what you like.”

One does not simply stumble upon such a welcoming culture. The Burnses said that they have carefully and intentionally crafted it from the beginning. For instance, none of their locations feature a drive-through option because their vision can’t be done through a window.

“A lot of people tell us, ‘You’re crazy, you could make triple the money,’” Krystal Burns said. “And we know that, but our vision of why we started Palace is for people. We wanted to create spaces for people of all walks of life to come in and feel welcomed, valued, and cared for.”

It always began with creating that physical space. You can feel it the minute you walk into a Palace coffee shop: the smell of espresso brewing, the sound of laughter among friends, the sight of an open seating arrangement where you never know which friendly face might walk up to your table and say hello. The Burnses were able to design their new shop so that The Royal Bar would fit right in.

“The seating space between the coffee area and the cocktail area makes it to where there’s not so much of a divide,” Ruiz said. “If you want to catch up with a buddy and they want a cocktail and you want a latte, you can both do that.”

The addition of a cocktail bar may create an unconventional layout compared to other coffee shops, but that’s exactly what Palace has always been. For the Burnses, it’s never been a place for them to chase the dollar, but a place to share kindness.

“Our main goal is to create community and be a safe place for people,” Krystal Burns said. “So, we ask ourselves if each decision lines up with that main goal. If it doesn’t, we don’t do it. Even if it means we could make more money, we do not do it.”