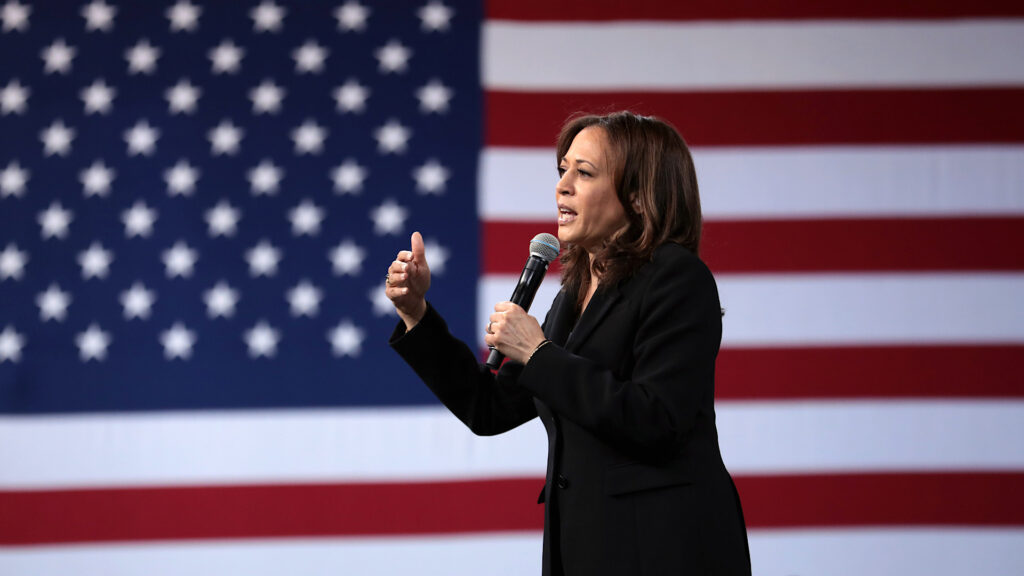 What Should a Female VP Sound Like? A Speech Coach Weighs In

In an avalanche of memes, gifs, and tweets, Harris’ response was lionized by the millions of women watching at home. For many, the seemingly innocuous statement was a response to sexist and condescending treatment that women have endured in the public eye and in professional settings for centuries.

Over the course of the 90-minute vice presidential debate, which clocked in 57.9 million viewers according to Nielsen ratings, incumbent Vice President Mike Pence interrupted the 55-year-old California Senator 10 times — twice as many times as Harris spoke over Pence, according to Time.com. While the first presidential debate several weeks earlier was characterized by boisterous interruptions on both sides of the stage, the VP showdown will likely be remembered instead for Harris’ gentle and measured clapbacks in response to Pence’s interferences.

According to Samara Bay, a renowned Hollywood dialect coach whose clients include Gal Godot, Rachel McAdams, and Penelope Cruz, Harris is on the front lines of changing the rules that govern women’s speech.

“Kamala can get angry and can be cold when she needs to be because she’s a prosecutor, but when speaking about her cultural background and time at Howard University, she’s playful, joyful, and warm,” said Bay. “We saw both play out. She’s showing us what the new sound of power is, which is no longer the straightest, whitest man in the room.”

As the running mate of Democratic Party presidential nominee Joe Biden, Harris’ debate appearance marked a momentous occasion for women. Harris is the fourth woman in history to nab a spot in a post-primary debate, following Geraldine Ferraro, Sarah Palin, and Hillary Clinton. As the child of Indian and Jamaican immigrants, Harris is also the first woman of color, Black woman, Asian American woman, and biracial woman to step foot on a post-primary debate stage. From a gender and racial perspective, the stakes were unequivocally high.

“There is this entrenched stereotype about the angry Black woman, which is deeply unfair and rooted in our collective American psyche,” said Bay. “Any Black woman getting on a stage has to make a decision. I don’t know what was going through Senator Harris’ mind, but I saw a woman who had to figure out how to channel her righteous anger into something more palatable for an audience of undecided voters, so she chose to only show anger in small flashes.”

Despite the 59% of viewers who thought Harris won the debate according to a CNN poll, Republican politicians chimed in to comment on Harris’ failures. South Dakota Governor Kristi L. Noem told Fox News that Harris appeared “smug and condescending,” while Donald Trump Jr. told the same network that Harris was “not prepared.”

While such critiques generally fell along party lines, the metrics for measuring a woman’s success on a debate stage have always been murky and loaded with bias. According to Bay, women with political ambitions — and especially women of color — are forced to operate within impossible “double binds.”

“Women have to be competent authorities in their field, while also being likable,” Bay said.  “On top of that, they also have to balance how to play nice, not rock the boat, be a good girl — all of these stereotypes that we grew up with and feel a lot of shame about — while also being authentic. Men can be cold, strong, and beloved by their supporters, like our commander in chief.”

“Female candidates need to give themselves permission to sound like their experiences, because that’s authentic, and that’s when people will believe you,” she said. “As women, when our voice, body language, and tone are in alignment, we are unstoppable.”