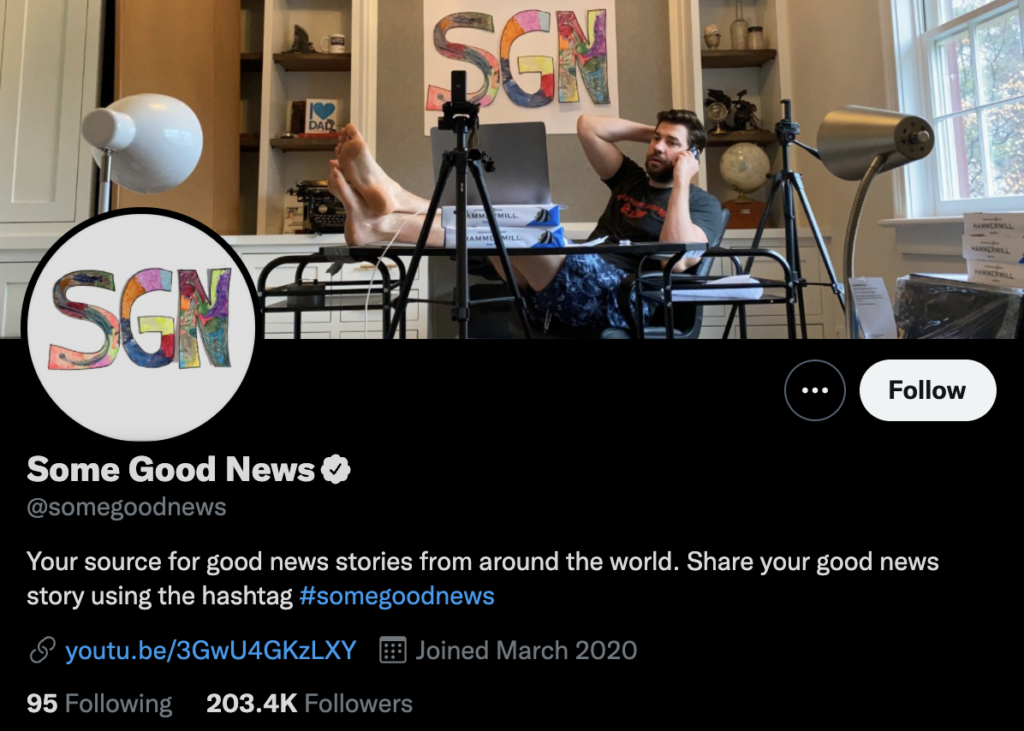 When Celebrities Try to Become Journalists: John Krasinski Spreads Good News at a Time When We Need it Most.

In March 2020,  when the Covid pandemic forced the shut down of large portions of the world, an unlikely group of people became citizen journalists: celebrities. A citizen journalist is exactly as it sounds. It is essentially a regular everyday person who uses social media to spread information, pictures, and videos about what is happening.

One example of a celebrity turned citizen journalist is John Krasinski, former star of The Office and presently in Jack Ryan, the Tom Clancy TV show of the same name. At the start of the pandemic, Krasinski, who had more than 2 million  followers on YouTube, began hosting an eight episode YouTube series called “Some Good News”. On it, he shared lighthearted, joyful, positive feel-good good news, which is oten sorely lacking. From what appeared  to be his home office,  Krasinski filmed himself as a news anchor, giving the show a hint of journalistic professionalism. Of course, even celebrities have friends, and Krasinski took full advantage.

One early episode celebrated the fifteenth anniversary of “The Office’ along’ with his former co-star Steve Carell. They talked about their favorite moments of the show and shared juicy details. In that same  episode, titled “Some Good News with John Krasinski Ep. 1”, the TV star  conducted a Zoom interview with a girl named Coco from California who had just finished chemotherapy and was with her friends celebrating her return home. He also covered a story about a girl named Emerson who sent letters to her loved ones in quarantine via the post office, and she felt that her mailman needed a letter, too. Her mailman showed it to all his friends at USPS, and they wrote back to her, showing that “Just like that good news spreads fast.”

While sharing good news Krasinski also did things throughout his eight episodes arc unlike any other news show  like hosting both a virtual prom and graduation for the class of 2020 where guests like The Jonas Brothers and Billie Eilish gave virtual prom performances, and hosted big-name celebs like Oprah Winfrey, Steven Spielberg, and Malala Yousafzai, who were interviewed by the graduates. Krasinski even married a couple over Zoom. By the end of his eight episodes, and before being bought out by ViacomCBS, the proceeds from the merchandise he sold helped to raise over $2 million for various charities. John Krasinski, a citizen journalist, used his platform for good.

John Krasinski  started  “Some Good News”as a way to make sure that everyone got the good news they so desperately needed during a time when everyone was home and did not know what was going to happen next. Krasinski had to teach himself the same research and interview techniques that news anchors and reporters. He was able to fully take on a role that it takes people years to learn, embracing how journalism works and trying his hardest to make sure that the world got any kind of good news it could.