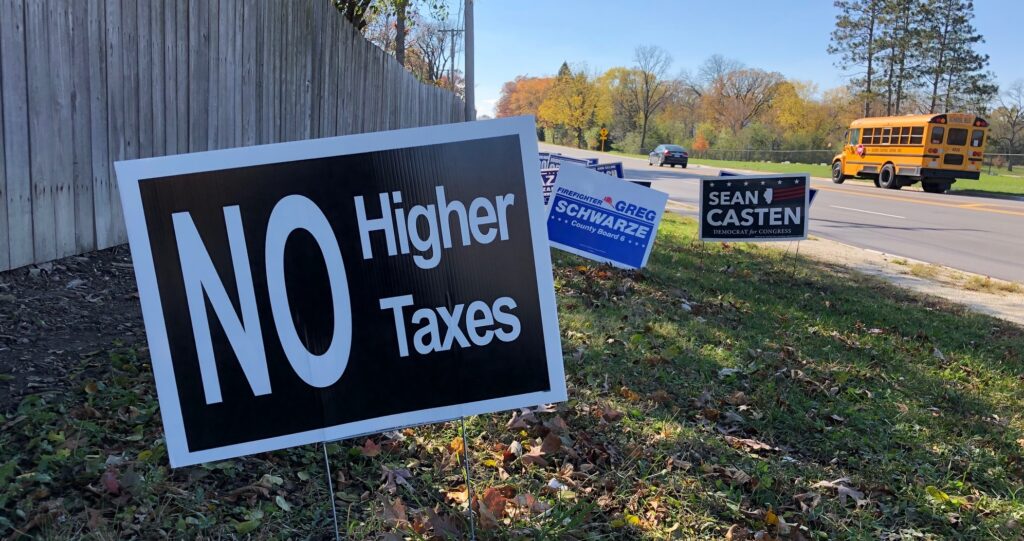 (WHEATON, Ill.) —Wealthier Illinoisans will not have to pay an increased share of higher income taxes. That’s what incomplete election results showed Wednesday morning on the legislative proposal that would have amended the state’s constitution discarding the state’s flat income tax structure. The group advocating for the measure conceded with 97% of precincts reporting, showing most voters rejecting the legislative proposal.

“We are undoubtedly disappointed with this result, but are proud of the millions of Illinoisans who cast their ballots in support of tax fairness in this election,” Vote Yes For Fairness Chairman Quentin Fulks said in a statement to NBC.

Lissa Druss, spokeswoman for the Coalition to Stop the Proposed Tax Hike Amendment believes the failed ballot measure is a “win for small business owners, middle-class families, family farmers, retirees, and large employers,” according to the same NBC article.

The state’s constitution currently requires all taxpayers to pay the same rate, regardless of their income. Gov. J.B. Pritzker said the so-called “fair income tax” was designed to address the state’s multi-billion-dollar budget deficit by raising taxes only on those earning more than $250,000, representing 3% of taxpayers.

Although the measure failed, constituents consistently seemed to support the measure, according to two polls conducted in March and again in September where both polls cited 67% favoring the proposal and an average of 32% opposing it.

Proponents contended the current tax system unfairly benefits millionaires and billionaires, and the proposed system would not impact the middle or working classes. They added that a new tax structure would be in line with how the federal government and the majority of other states’ tax structures. Opponents, on the other hand, argued that the amendment would give the legislature power to increase income tax rates on any group of taxpayers at will, including low-income and middle income wage earners and small business owners.

A graduated income tax allows the state to levy increasingly higher tax rates, meaning if you earn more, then you pay more.