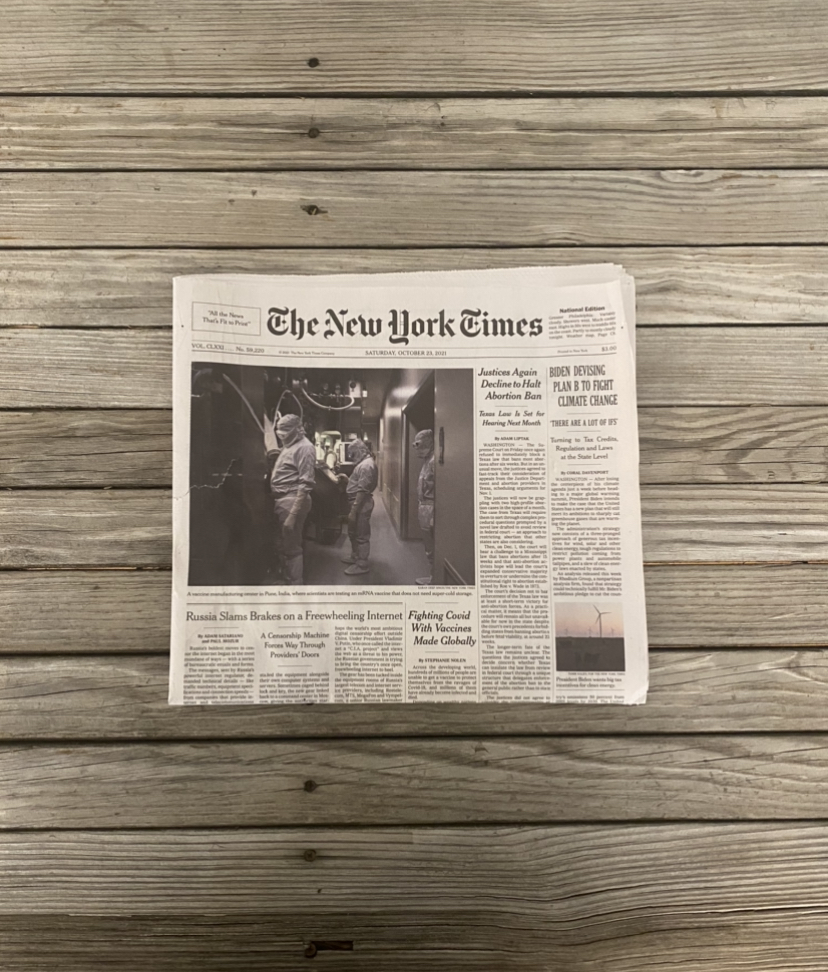 In a September 30th New York Times article, sociologist Matthew Desmond combines advocacy and journalism in his essay, ‘The Moratorium Saved Us. It Really Did.’ Photo by Bobby Brier

Why ‘The Moratorium Saved Us. It Really Did.’ Qualifies As Advocacy Journalism

Advocacy journalism has a long history in America. From Ida B. Wells’s heroic investigations into Southern lynchings in the late 19th century to Barbara Ehrenreich’s undercover  reporting exposing poverty in minimum wage jobs in the late 20th century, journalism and advocacy have often gone hand in hand to shine a light on the injustices that perpetuate throughout the country. Princeton University sociologist and author Matthew Desmond carries on this tradition in a recent New York Times essay titled ‘The Moratorium Saved Us. It Really Did.’ In it, Desmond advocates for investment in affordable housing, which Congress can do through the passage of the Build Back Better Act, and for housing as a human right.

Desmond does his journalistic and reporting due diligence from the beginning of the article by speaking with Lakia Higbee, a woman living in Cleveland with her family who received an eviction notice after falling behind on rent from having to miss work due to sickness stemming from COVID-19 and additional health issues, about how the eviction moratorium has impacted her life and her family’s life. He adds key facts, including the $950 monthly rent Higbee had to pay and the health problems that prevented her from returning to work. He provides more reporting and context by explaining the eviction moratorium through a national lens while backing it up with data from sources like the National Housing Law Project and the National Low Income Housing Coalition, the Federal Register and the National Bureau of Economic Research.

Desmond follows up on this fact-gathering process by advocating for housing as a human right. “We should be dedicating ourselves to building a better housing system, one that ensures we don’t face an eviction crisis come next pandemic — or next year,” he writes. Desmond adds to this vision by providing a concrete example of how this thinking can be put in place today through the passing of the Build Back Better Act, which is legislation that “would invest $327 billion dollars in affordable housing over the next decade.” Through his persuasive writing and factual evidence, Desmond creates a piece of journalism that not only advocates for better housing throughout the country, but also tells a story that is rich with emotion and personal anecdotes.

Desmond’s essay does not interfere with my idea of journalism ethics — instead, it reflects the hallmarks of the profession. He tells a story that is deeply researched with links to hard facts and data from a variety of sources. He is loyal to the public by telling the truth about how the eviction moratorium saved lives across the country, and how it especially helped Lakia Higbee and her family. He interviewed Ms. Higbee and gained her trust to tell a well-rounded story, which many journalists aspire to do when setting out to create a compelling narrative. In addition to all of this, he was transparent and honest about disclosing his point of view while also mentioning that he is the director of the Eviction Lab at Princeton University.

I believe that these factors all add up to show that Desmond stayed within the bounds of what I view as ethical journalism, while also showing that advocacy and journalism can inform and persuade at the same time.