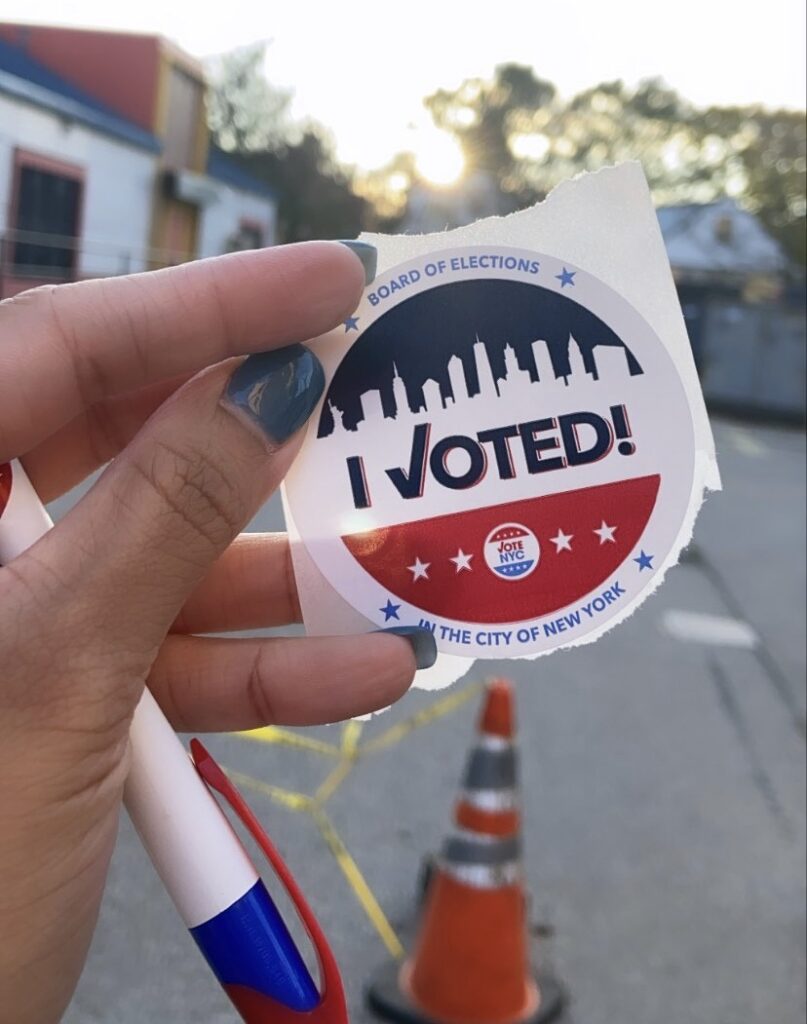 (QUEENS, N.Y.) — Donovan Richards wins the race for Queens Borough President and is the first Black man to hold the position, defeating opponents Joann Ariola and Dao Yin. Richards succeeds Melinda Katz, who stepped down from the position to accept her nomination as the Queens District Attorney earlier this year. His election follows the legacy of Helen Marshall, who became the first Black citizen to hold the position when she was elected into office in 2001.

In his victory speech, Richards thanked his supporters and promised to build a borough that works better for everyone.

“We’re gonna do whatever we have to do to make sure that this borough is a better place,” he said. “I want you to know that this office is going to work for you. Thank you, thank you for putting your faith in me,” the new borough president said.

Queens, New York, is the most ethnically diverse urbanized area in the world. Each neighborhood is home to a mix of cultures, and the streets echo with the words of over 160 different languages, according to the World Economic Forum.

The borough president advises the mayor on budgeting, oversees and appoints representatives of commissions and community boards, proposes legislation to the New York City Council, and hears borough issues. This year, there were three candidates vying to represent Queens as borough president, the candidates as diverse as their home borough.

According to his City Council website, Donovan Richards served on the NYC Council for seven years. He is also a board member for the Center for New York City Neighborhoods and Habitat for Humanity. During his career as a councilman, Richards served as chair of the Committee on Environmental Protection, Zoning and Franchises, and Public Safety. His campaign goals included building a fair and just criminal justice system and upholding immigrant rights, according to his campaign website. City and State NY reports that Richards dominated the special Democratic primary.

Joann Ariola focused her campaign on public safety and rejected police reform. Ariola is the president of the Howard Beach/Lindenwood Civic Association, chair of the Queens County Republican Party, and Republican State Committee Woman for the 23rd Assembly District, according to her campaign website.

Dao Yin lost the special Democratic primary in June, according to City and State NY, and then opted to run as an independent. He served as the secretary-general of the Shanghai Association of America for 15 years and assumed the position of executive vice president of the Queens Residents and Voters Coalition in 2018, according to his campaign website. His campaign focused on the impact of the COVID-19 pandemic on Queens’ residents.