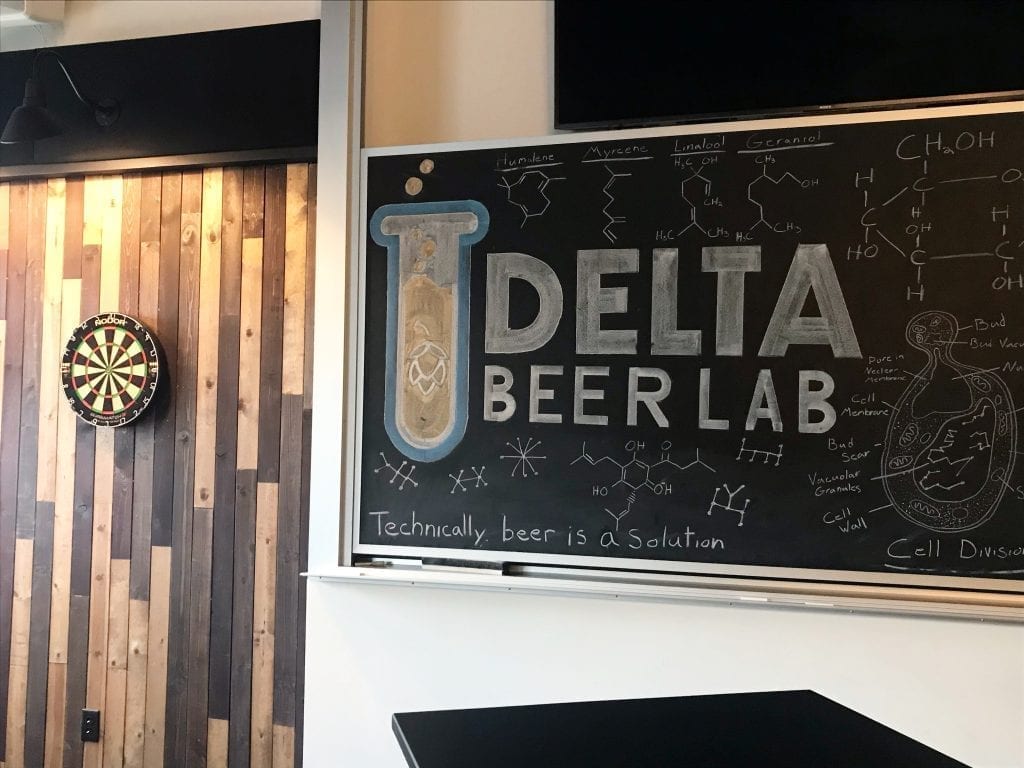 MADISON, Wisc. — “Can I pet your dog?” is a commonly spoken phrase at Delta Beer Lab on an autumn afternoon. From late October through mid-November, Sundays are set aside for pets and patrons alike at Delta Brew Lab in Madison, Wisconsin.

Visitors are welcome to bring their furry friends to the bar from 11 a.m. until 9:30 p.m. Dog owners and dog lovers come to play games, drink craft beer, and socialize with friends — both two- and four-legged. 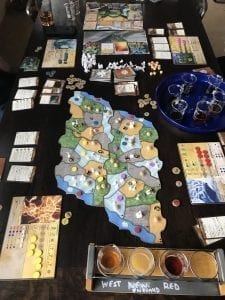 Beer flights and board games (Photo by Megan Jarrett)

With a mission to show that business can “do well and do good at the same time,” Delta Beer Lab is a socially conscious brewery that first opened its doors earlier this year. Its business model is centered around creating an inclusive social space, referring to itself as a “community destination,” and sponsoring local community organizations, such as Habitat for Humanity.

With a heart for community, it’s no surprise that Delta dedicates one day each week to welcoming friends to share good times and good drinks.
The patrons agree.

Alyssa Kasher, a first-time Delta visitor with her dog Alice, was excited to find a place that allows dogs in the fall, explaining that it’s a challenge to find somewhere you can bring your dog when the summer ends and all the outdoor patios close. 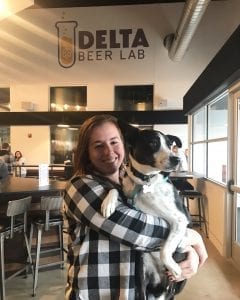 Alyssa Kasher and her dog, Alice (Photo by Megan Jarrett)

Dogs aren’t the only draw for some attendees; after all, Delta is a brewery at its core.

Jeff Shen, another first time visitor, said that he didn’t even realize dogs were allowed until he saw people walking in with them. Like some, he came to grab drinks with friends and stumbled upon the dogs and board games.

Many groups could be found doing the same. The back corner of the brewery has shelves stacked high with games like Apples to Apples and decks of cards, and groups ranging from two to eight friends were scattered around the spacious room playing, watching the Packers, and trying new craft beer. 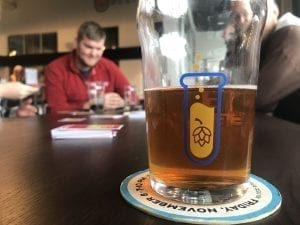 Though not a dog owner, Shen still enjoyed his afternoon and his favorite part — the drinks. “The golden ale was tasty.”

As for the business impact, the inclusivity may just work in attracting repeat customers. When asked if she would go back, Kasher said, “I’d go back. Good beer, [it’s] nice that they had board games and cards, and it’s nice to be able to bring Alice.”

Aware of the mission to do both good and well, Kasher also appreciated that the bar selects a charity of the month which receives 1% of all tabs and tips.

Maybe they’re onto a new trend.

Give back and BYOD: Bring Your Own Dog.