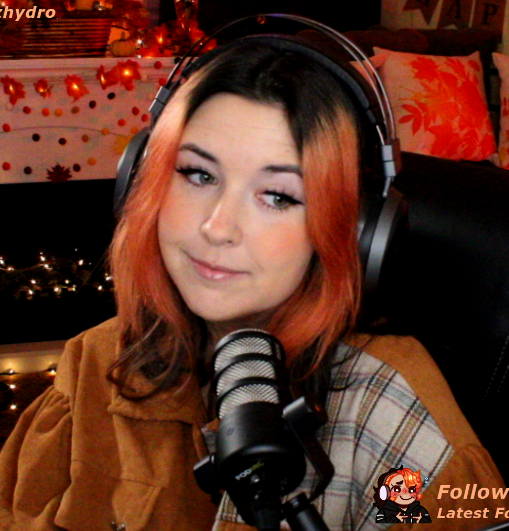 Not Your ‘Babe’: Online Harassment Persists Against Women in Gaming

(NEW YORK) — Being verbally abused, harassed, and degraded is a common occurrence when I dare to stream video gameplay online. Turns out, I’m not alone.

In 2014, the harassment came in the form of #GamerGate,  an alt-right grassroots movement targeting feminists in gaming. Women who were critical of male-dominated gaming culture were hacked, doxxed, and threatened. In 2021, many still hold the same misogynistic attitudes that launched that initial campaign and continue to seek out female gamers to bring down. 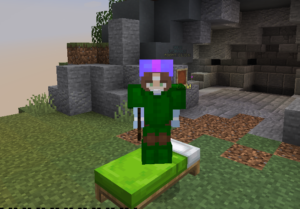 alexwestnyc on the Hypixel Minecraft server in a round of Bedwars. [Credit: Alex West]

Twitch is the top live streaming site for gaming, attracting more than 140 million users a month, according to Backlinko. That is where — under the name of “alexwestnyc” — I stream round after round of Minecraft Hypixel Bedwars with my friend, pearacotta.

We may not be winning every match, but my chat room is busy with messages of encouragement. Until suddenly one viewer that I don’t recognize makes a comment about my weight. “glucose check?” they write in the chat. Another, makes a sexual innuendo, asking me about my “body count.”

A few weeks later, a message came across my screen from another viewer: “are you carpet munchers?” — a derogatory term towards queer women. My moderators scramble to keep everyone in check, but still some messages will leak through their defenses. 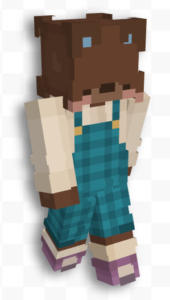 In this online community, I sought out other female streamers to better understand the collective experience and find out what’s really going on.

“I’ve been told I’m not actually into gaming. I’m just into streaming so that I could get close to male creators,” xMaryBearx (Mary) recalls. Despite having earned nearly 12,000 Twitch followers since she started streaming earlier this year, she explains how many people only see her as “an extension of a male creator”.

Hatred is not a solitary act

Until they don’t. Mary’s Discord was recently “hate-raided” with trolls who began spamming rude, disrespectful, and degrading messages.

Raids, generally speaking, are a directive from creators, sending their community and viewers to another creator once they’re ending their stream for the day. Instead of a happy handoff, some streamers start “hate raids,” instructing their viewers to spam slurs, hate, and more in smaller creators’ chats. Often streamers use bots, or fake accounts programmed to spam phrases and words, to magnify the effect. Typically, they target streams tagged as “LGBTQ+,” “woman,” or other identities.

For Mary’s otherwise upbeat community, it was a shocking turn of events, making some community members uncomfortable. “They came in to cause havoc and just make everybody kind of freak out for a second. It was definitely a scary moment because you never want anybody to look at that and take it personally,” she told me. 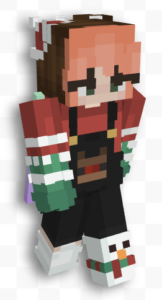 Mary is not alone in this experience. Roseriie (Rose) is a Twitch streamer with nearly 51.5k followers. She tells me she has been hate-raided multiple times. “It’s not scary to me… For me, it’s just annoying,” she says.

In response to a large rise of hate-raids on Twitch, content creators orchestrated a #ADayOffTwitch boycott on September 1 to get the attention of the company. Zach Bussey, a Twitch streamer and host of the news show “Today on Stream,” which covers streaming and gaming community news, reported a drop of about 500,000 viewers on Twitch that day.

By Sept. 3, all creators on the platform, including myself, received an email from Twitch with the subject line “Tools and resources to combat targeted attacks.” In the email, Twitch stressed its commitment to facilitating a safe experience free of hate speech. The message was somewhat vague:

We know it’s frustrating that we can’t share more details about what we’re working on. The individuals who are targeting marginalized creators are highly motivated. The more information we offer about what we’re doing to stop them, the easier it becomes for them to navigate around those plans.

A week later, Twitch had filed a lawsuit against two of the individuals who hold the largest hate-raid power citing breach of contract, fraud in the inducement, and unfair competition reports TechCrunch. “I think Twitch should have talked about it faster,” says Rose. She thinks through possible solutions before admitting to me, “I don’t think there’s a ton they could do.”

Not all men, but…

Mary says these attitudes aren’t just represented by raids, but also in her own relationships within the gaming community. She says some male streamers are also part of the problem. “They’ll just start calling us different names like ‘babe’ or ‘sweetie.’ If you tell them that’s weird… they move on to a different nickname.”

Language surrounding female streamers and gamers is a viable indicator of attitudes towards women. A study conducted by Indiana University found that “Game-related words are clearly overrepresented in male channels while words that signal objectification are strongly associated with female channels.” 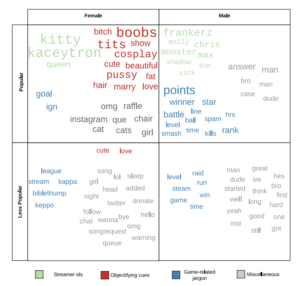 Rose admits the men in her network aren’t perfect and unknowingly contribute to the issue. “Sometimes, I’m like ‘Hey, just so you know, you tend to talk over me,” she reflects on these difficult conversations. Her friends are apologetic and actively work towards being better allies. 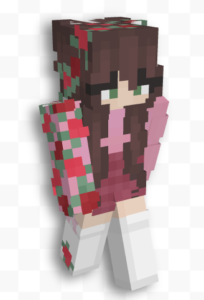 Hannahxxrose (Hannah), one of the most popular female streamers with 1.2M followers on Twitch, is known for her stellar gameplay, recently winning a Minecraft tournament known as Twitch Rivals full of the top-performing gamers on the platform. Plus, she’s a role model to other female streamers.

Rose says, “Hannah Rose is like my biggest inspiration right now. She’s one of my friends… She’s like the perfect content creator.” Despite her proven skills and influence, her TikTok comments are often filled with men and users diminishing her abilities.

These comments, and others like them, are plainly visible in videos of Hannah successfully winning Minecraft battles. Despite the negative comments, Hannah stays positive. From one of her Twitter accounts, she tweets

Imagine the amount of good that could be brought into the world if every time you feel the urge to say something mean, instead you say something kind to someone you DO like.

Is it really all that bad?

Twitch cites a few ways it has helped support women in gaming. First, there’s the Twitch Women’s Alliance (TWA). Twitch representative Rosa Kim tells me, “The three primary objectives of TWA are to build a direct support network, develop targeted educational and social programs, and increase representation of women in the Twitch community.”

She adds that Twitch highlighted a variety of female creators during Women’s History Month. Over the past four years, they have also raised over $130,000 to award BroadcastHER grants to women in STEM and broadcasting, she says. Still, though, only 3% of the top-earning streaming creators are women, according to Screen Shot’s recent coverage of a Twitch data leak.

“I do think that it’s slowly snail-pace getting better,” Mary says. She’s proud of the community she’s facilitated on the platform full of diverse identities.

Making the most of a difficult situation

It’s easy to view this as some far-off and virtual problem until it’s happening to you. 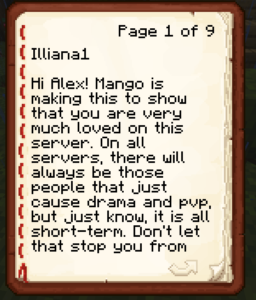 Screenshot of the book given to alexwestnyc by Mango. [Credit: Alex West]

After slurs came flooding in on my Minecraft server, I couldn’t just end my stream. I was only 10 minutes in. I took a brief break and tried my best to pull myself together, but I knew my viewers would see my perseverance falter briefly. I wiped the tears from my eyes, knowing they’d still be puffy and red when I turned my camera back on, but I continued anyway.

In the game, a male player who goes by “Mango” passes me a book titled “You Are Loved.” Another player, Illiana. writes: “We love you, Alex! Your streaming is also helping the server so please don’t stop, especially if it helps you relax!” In the book, Mango collects words of encouragement from other players. 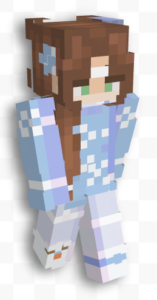 I checked my Discord server where a young boy who looks up to me asked me to stream again soon because he misses my content. One of my Discord moderators is offering to set up some new features to help facilitate an active community. My Twitch and TikTok moderators are not only keeping our chat safe but also sending me words of encouragement.

Our virtual little world has its highs and lows. It should be a safe space for us all. As I look at the people I have met and the friendships that are being formed, I think that maybe one day it can be.