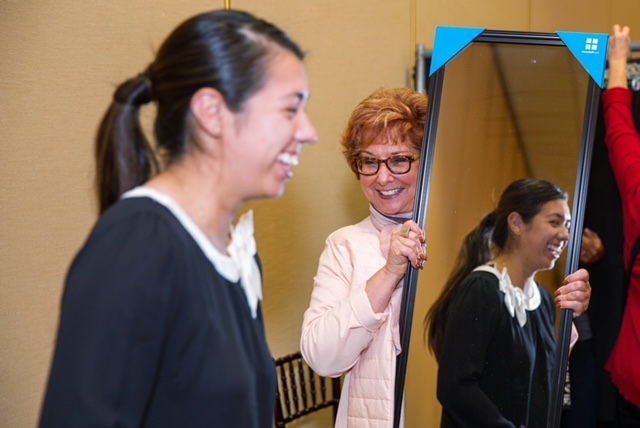 (ORANGE, Calif.) —  Mary Ann Profeta remembers arriving at work in early February 2020, the morning after a fire destroyed the headquarters of Working Wardrobes (WW), the nonprofit where she served as the chief program officer.

The 22,000 square foot building had housed the organization’s offices, career center, and donation center. Everything was gone, but all Profeta could think about were the people scheduled to come in the next morning to get help in their job searches.

She remembers thinking, “How were we going to serve them?”

They got right to work. WW founder, Jerri Rosen, secured temporary offices while Profeta started transferring their programs — everything from career coaching to skills certifications to supplying professional clothing for interviews — online.

A month later, COVID-19 hit the U.S. and the whole world went virtual.

“In retrospect, what a blessing that was,” Rosen said. “Who knew the pandemic would be what it was and we were already positioned to handle it?”

Profeta agreed. “There’s nothing like having everything burn to the ground the month before a global pandemic to keep things in perspective,” she said. “We were already in a rebuilding mindset when everything hit. Since then, we’ve been rebuilding right alongside the people we serve.” 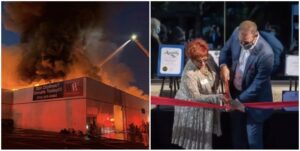 On left: A fire destroyed almost everything at the Working Wardrobes headquarters in Irvine, CA on February 2, 2020. On right: Founder Jerri Rosen cuts the ribbon at the grand opening of Working Wardrobe’s new Career Success Center in Santa Ana, CA on September 30, 2020. [Credit: Instagram @WorkingWardrobes]

Rebuilding is a favorite theme at Working Wardrobes. Since its inception in 1991, the organization has helped over 110,000 people rebuild their futures through meaningful employment. WW helps with everything from career coaching, IT, and skills certification to supplying professional clothing for job interviews. Initially, Rosen focused on serving so-called “at-risk” women — survivors of domestic violence, formerly incarcerated women, and single moms — but they’ve expanded to include men and now have programs designed for first-time job-seekers, seniors, and veterans.

Since the pandemic, WW has also been able to help people outside Orange County and regularly teams up with other area nonprofits to help clients catch up on back rent, arrange childcare, and offer other supportive services to help stabilize those upended by COVID-19.

But as Profeta explains, “It’s not just about that stability, it’s about taking that next leap and really making a living for yourself.”

And that is where Rosen and Profeta feel like WW can really make a difference. 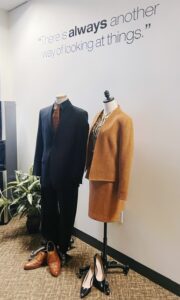 In its June 2021  Rebuilding Careers Report, WW pointed out that Orange County, often synonymous with wealth and luxury, was not immune from the economic fallout caused by COVID-19. Rather the “uniqueness of the community” made it particularly susceptible: 30% of Orange County’s population are immigrants, the fourth-largest concentration in the nation. And more than half its residents earn incomes in the low to moderate range, struggling to get by in an area where the cost of living is 87% higher than the national average.

As a top tourist destination, leisure and hospitality (a sector that typically employs more women) are major drivers in the local economy. For example, The Walt Disney Co, the county’s largest employer, closed Disneyland for over a year during the pandemic. In the end, leisure and hospitality was the hardest hit sector and accounted for 40% of jobs lost during the pandemic.

Today, even with most businesses reopened and hiring, many would-be workers remain hesitant, unable, or even unwilling to return to their old jobs. Compared to its pre-pandemic peak, total employment is still down by five million jobs. Workers are actually quitting their jobs at rates never seen before.

“The landscape is totally different,” Profeta said. “Even just 10 years ago, most of our clients just wanted to get jobs. Maybe they were coming from a domestic abuse shelter, or had experienced long-term unemployment, or had just taken time off to raise kids. They just wanted to get back into the workforce. Today…they aren’t so anxious to go back. They’re taking their time returning because the opportunities they want aren’t there.”

She explained further that many of their clients want opportunities and job arrangements that allow them to provide better care for dependent family members. Even in their need and with minimum wage rising, they are less enticed by jobs that have rigid hours and little chances for career or personal growth.

Amber Wilson is a perfect example.

Wilson spent her entire adult career in the military, both as a non-commissioned officer in the Army and as a federal employee. Though she enjoys the work and is proud to be serving her country, being female in a male-dominated space and having her authority overlooked because she works out of uniform made the experience challenging. At the beginning of the pandemic, she was also a newlywed settling down in a new area, and because of the pandemic, she was unexpectedly activated.  At that same time her wife, also military, was deployed.

“There was no time for me to get to know my neighbors or to make friends in the area or to be a part of the community before my activation,” Wilson said. “So when [my wife] got deployed I was like an island in the middle of nowhere… I felt very, very alone.”

Things came to a breaking point when she was asked to cover for a supervisor who didn’t want to come into the office. She sought help from a therapist and is actively looking for other opportunities. Though she hopes to find something within the federal system and is even willing to go down a paygrade (so she doesn’t lose her pension), she hasn’t ruled out other alternatives if they will allow her the structure and opportunity she needs.

When asked what she’s looking for in future employment Wilson is quick to respond.

Specifically, she wants work to end when it’s supposed to or to be properly compensated when it runs over. She doesn’t want to take work home or for her employers to think they can call her during her off time when she’s with her family. She wants more gender equality in job assignments and for supervisors to be more aware of and responsive to employees’ needs.

Wilson is not alone in her feelings. In a piece for the New York Times, economist Paul Krugman speculated that the pandemic upended lives and caused people to reconsider their life choices such that a significant number are “ready to accept the risk of trying something different.”

At WW, many clients are in challenging and even dire situations, but even among this clientele, there has been a change in the sort of work and working arrangements they are seeking.

Maita noted that childcare is a big part of why women are leaving the workforce and is also impacting the sort of jobs they’re seeking when coming back. Many had to cut back on work or quit altogether to care for family or oversee distance learning. In the wake of that, many of WW’s female clients are seeking jobs that offer remote work or more flexible arrangements and as such, need training in new skills to transition to new industries.

And while all this poses challenges, it’s also, Kruger insists, “overall, a good thing.”

“American workers are insisting on a better deal, and it’s in the nation’s interest that they get it.” 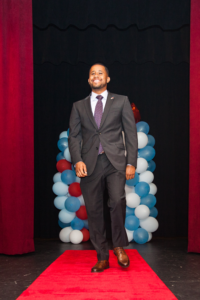 After completing his training, a client walks the red carpet at a Working Wardrobe’s Career Success graduation event wearing a new “success suit” provided by the organization. [Credit: Working Wardrobes]

The employees at WW are eager to share their favorite success stories. Wardrobe Specialist Adrianna Ceballos remembers loading her young son (who was running a fever at the time) into the car after work hours to deliver a suit to a homeless veteran who couldn’t afford the bus fare to get to the WW office.

“We usually don’t just give out clothes. We’d try to offer our full services, so this was a bit unusual.  I figured he’d had a good job at some point before because he knew his suit size when he called. Anyway, after I dropped it off I sort of forgot about it,” she said.

“It’s like, a total life transformed right there,” she said. “He says, ‘I’ve been rejected six times. I never wore the right clothes. I’ve been trying, I’ve been trying. Without this suit, I wouldn’t have gotten this job.’ And then he’s crying and I’m crying and we’re both praising God and it was just so beautiful.”

CEO Bonni Pomush, who took the reigns in early November when Rosen retired, echoed the sentiment.

“I can’t even begin to count the number of lives impacted [by this work],” she said. “It is so powerful and empowering. It’s magic! It’s just incredible work, isn’t it?”