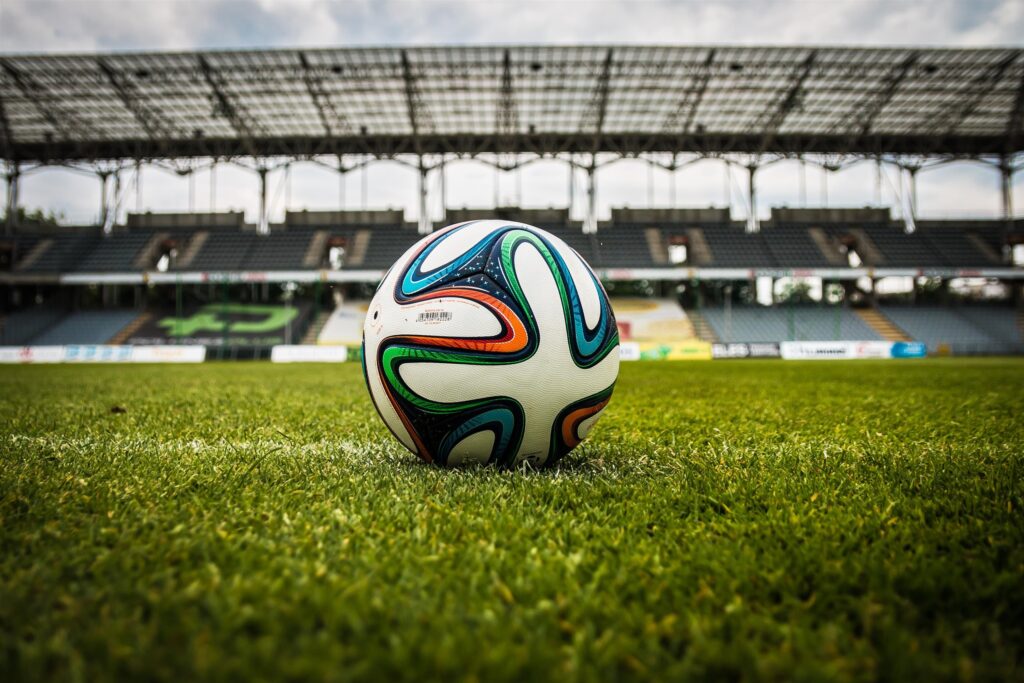 Qatar will host the FIFA World Cup next year, but thousands of workers have already died and face brutal conditions to make it happen. [Credit: Pexels]

(WASHINGTON)—In a squalid, dingy camp on the outskirts of Doha, Qatar, eight foreign workers share the tight quarters of a ramshackle bedroom. Facing over 100 degree heat, they use a filthy outdoor toilet, live in fear of informants and plainclothes police, and toil away to build the world’s most expensive and extravagant sports tournament: the FIFA World Cup.

According to a May 2019 documentary, “Trapped in Qatar” by journalist and filmmaker Benjamin Best and German TV outlet WDR, foreign workers in Qatar have gone unpaid for months and their employers confiscated their passports to prevent them from leaving the country or returning home.

In recent years, thousands of workers, mostly from India, Nepal, Bangladesh, Sir Lanka, Kenya, and the Philippines have traveled to Qatar in search of work. They have built the infrastructure, like stadiums and subway lines, that the Gulf State needs to host the World Cup. It is grueling and dangerous work with few safety standards and even less enforcement according to reports by Human Rights Watch and Amnesty International. In February 2021, The Guardian reported that over 6,500 migrant workers have died in Qatar since it won in the World Cup bid.

Best’s investigation, which used undercover reporting and hidden cameras, documented the plight of foreign workers in Qatar with irrefutable evidence of abusive labor practices. The investigation also revealed the merits and importance of undercover journalism.

Best began the documentary by traveling to Al Attiyah market, a popular meeting place for migrant workers. Best used hidden cameras to avoid “attracting attention,” because many workers were afraid of retaliation from their employers. The video showed the workers with blurred faces to protect their identities. The WRD team heard “the same complaints” of lack of salary, poor accommodations, and confiscation of passports “over and over again” from various workers.

However, the team quickly found two workers—Dil Prasad and Adi Gurung—who were willing to speak on the record and Best showed their names on screen with their faces clearly visible. Prasad and Gurung took the team to a “quiet area” where they could speak without interruption. If these two workers were willing to speak on the record then other workers were likely willing to do the same. For this part of the reporting, undercover tactics were unnecessary. Best also conducted on the record interviews with Houtan Homayounpour, the head of the International Labor Organization office in Qatar, FIFA President Giovanni Infantino, and family members of some of the workers in Nepal.

Prasad and Gurung then took Best to their camp to see the conditions and meet with other workers, but warned him that security services and plain-clothes police officers patroled the area. According to Prasad and Gurung, anyone who interviewed the workers or entered the camp without formal authorization could face arrest. Best showed footage from another German TV outlet, ARD, which traveled to Qatar for a story about the completion of the first World Cup stadium. Unlike Best’s team, the ARD journalists obtained permission from the Qatari government to visit the country and film.

The ARD team visited a “showcase” camp with room for 40,000 migrant workers, manicured grounds, and clean rooms. The government only allowed the ARD journalists to interview select workers and the interpreter was also the workers’ supervisor, which created a clearly tense dynamic. The workers ARD spoke with appeared physically uncomfortable, they hesitated to answer basic questions like how much money they earned and could not provide honest responses with their supervisor nearby. When an ARD reporter asked if the wage a worker received were fair the man simply replied “yes” without elaboration. Indeed, providing a candid response would have likely placed the workers at risk of retaliation from their employer who knew about the interview since the supervisor acted as the interpreter.

By contrast, the camp Best visited and documented using hidden cameras was filthy with a pile of broken beds in the courtyard, dead cockroaches lining the walls, a few common toilets for over 200 workers, and small, dark rooms.

Going undercover was the only way to document these conditions and was also necessary to gain the trust of other workers who spoke with Best but expressed their fear that someone would inform the camp supervisor about the reporters. In this case, the risk of reprisal for speaking to the reporters was real, but it was also similarly present with the workers who spoke with ARD. And unlike ARD, Best’s use of undercover tactics and hidden cameras gained more accurate, candid responses than the ARD coverage which conducted interviews with government permission. The workers Best spoke with said they had not received their salary for months and provided text messages which showed the last salary notice and the name of their employer. This type of information would have been impossible to obtain if Best had gone through government channels to facilitate the interviews, as the ARD team discovered for itself.

The impact of WRD’s reporting justified its undercover tactics.

Best and WRD’s reporting led FIFA to admit for the first time that labor rights violations exist on Word Cup stadium projects. While that achievement alone is not enough, it is an important data point as pressure continues to mount for FIFA and the Qatari government to address the labor practices as the 2022 World Cup draws closer. The WDR reporting also shows that the Qatari government’s promise of labor reform is far from effective and faces many challenges to implement.

NYU professor Brooke Kroeger has written that undercover reporting “has proved to be an indispensable tool in the high-value, high-impact journalism of changing systems and righting wrongs.” That is not the case in every story, and the technique can easily produce disastrous results, but in this case, Best and WRD used undercover reporting to expose serious labor abuses that would not have otherwise seen the light of day.

After all, the FIFA World Cup is the largest sports tournament on the planet and draws billions of viewers. In 2018, FIFA estimated that over 3.5 billion people watched the month-long competition, which took place in Russia, and over 1.1 billion people saw France prevail over Croatia in the Final.

In just over a year, billions of people will turn their eyes to Qatar. Along with witnessing the drama of the beautiful game, they should also see the devastating human cost of building it.